Taylor Swift joked about being a "third wheel" after two of her fans got engaged in front of her during her Reputation tour.

The 28-year-old singer posted a series of photos with the happy couple, known only by the names Anthony and Stephanie, ahead of her Friday night concert at Lincoln Financial Field in Philadelphia. 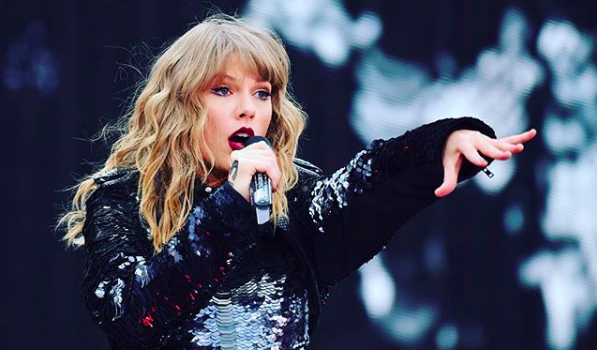 END_OF_DOCUMENT_TOKEN_TO_BE_REPLACED

But it turns out that Anthony had laid out his plan in a secret and anonymous Twitter account, hoping it would catch Taylor's eye.

He explained how his and Stephanie's love story started at a RED TOUR show in Philadelphia back in 2013.

"We were just two swifties that decided to attend a concert together in 2013. We fell in love with each other and almost five years later, I'm going to ask her to marry me where it all started. She is my BEST FRIEND and the love of my life.

"We have spent countless hours listening to her music together. I can't thank Taylor enough for bringing us closer

"I want to give my girlfriend the proposal of her dreams! Help me spread the word so Taylor can see this. I know Taylor can make this night unforgettable."

Well, although Taylor didn't quite see the messages, it looks like things worked out in Anthony's favour.

popular
Irish girls name was the most used Irish name in the United States last year
Met Éireann issues Status Yellow rain warnings for five counties
Love Island fans want Ekin-Su's family to get a reality show following Aftersun appearance
5 simple ways to build a more positive mindset, according to an Irish therapist
Aer Lingus apologises for multiple cancelled flights to and from Dublin Airport
Vicky Phelan "holding her own" as she shares health update
Woman saved from hostage situation after leaving note on food delivery order
You may also like
1 month ago
Taylor Swift praises "phenomenal" Conversations With Friends
5 months ago
Blur's Damon Albarn apologises to Taylor Swift after claiming she doesn't write her songs
6 months ago
The pop culture moments that defined 2021
7 months ago
Three months is plenty of time to fall in love, and to have your heart broken
7 months ago
5 things you may have missed from Taylor Swift's All Too Well short film
8 months ago
Taylor Swift's re-recorded Red album is coming earlier than we expected
Next Page