It's been around nine months since they split up.

However, Tristan Thompson is reportedly not giving up on reconciling with Khloe Kardashian.

An insider told E! News that the NBA player "sends Khloe gifts and flatters her with compliments". 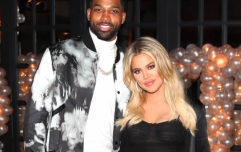 END_OF_DOCUMENT_TOKEN_TO_BE_REPLACED

"He feels guilty and knows how badly he messed up," the source added. "Khloe was the best thing that ever happened to him and he knows he made a lot of mistakes. He's trying to make up for it."

The insider added that his efforts aren't working on Khloé, who is said to be " in a great place in her life where she's focused on True and co-parenting with Tristan".

"She's not interested in giving him another chance," they continued. "She is glad they have come to a peaceful place and can be a family with True, but that is all." 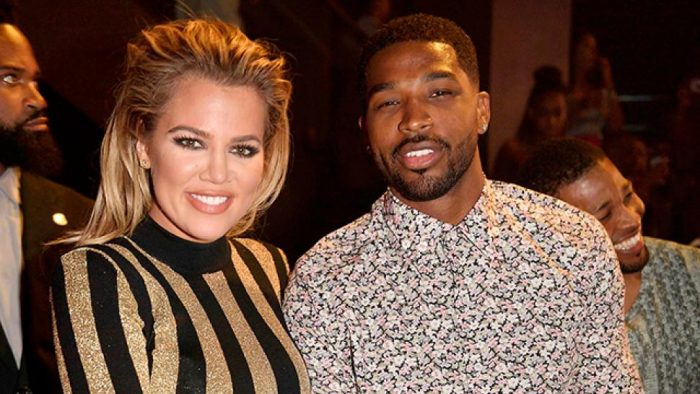 popular
Forensic officers search home of missing 4-year-old Cleo Smith for a third time
The most popular baby names in Ireland have been released in Statistical Yearbook 2021
You stars Victoria Pedretti and Dylan Arnold spark romance rumours
Channel 4's Breastfeeding My Boyfriend doc criticised for contributing to stigma
More and more women are reporting being spiked on nights out
Apparently, THIS is the reason why Louise Redknapp split from Jamie Redknapp
Police in US deny Brian Laundrie DNA rumours
You may also like
6 months ago
Khloe Kardashian: “My body, my image and how I choose to look and what I want to share is my choice"
7 months ago
Khloé Kardashian's name is actually pronounced 'Klo-ay', apparently
7 months ago
"That's the person I am:" Khloe Kardashian responds to trolling about her appearance
1 year ago
Fans say Khloe Kardashian looks like a different person in her latest photo
2 years ago
Apparently, Khloé Kardashian is 'toying' with the idea of getting back together with Tristan
2 years ago
Malika Haqq, Khloe Kardashian's BFF, has announced that she's expecting her first child
Next Page