The model has some gorgeous names in mind.

Vogue Williams has hinted at possible baby names for her third child, and one of them is Sex Education inspired.

The model and DJ swung by Angela Scanlon's Ask Me Anything last night where she gave an update on how her pregnancy is going. 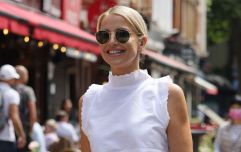 END_OF_DOCUMENT_TOKEN_TO_BE_REPLACED

Vogue and her partner Spencer Matthews currently have two children together - a boy, three-year-old Theodore, and a girl, one-year-old Gigi.

Recently, she confirmed that baby number three is due in April 2022.

She told Angela that, for a girl, she loves the name Romy, and if she has a boy, she likes Jasper or Otis, as she's a massive fan of Netflix's Sex Education.

However, husband Spencer has other ideas. Vogue revealed that he "hates" the name Romy, while she vetoed his suggestion - Rocco - because she used to have a dog by that name.

The model added that with her due date in April, the couple have plenty of time to figure it out. 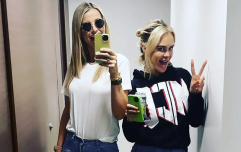 END_OF_DOCUMENT_TOKEN_TO_BE_REPLACED

While on Ask Me Anything, Vogue also addressed how she deals with mum-shaming, and the double standards mothers often face.

She pointed out how she was criticised for returning to work after the birth of her daughter, and yet Spencer was spared for doing the exact same thing.

Vogue said: "I always find it funny because Spencer went back to work the next day - I at least waited three weeks.

"I went in to do my radio show and I just think it's always really funny, I never know why people care about it. If you're not murdering somebody or doing anything awful like that, I don't mind what you're doing."

She added that she's developed a thick skin, and that she's no longer bothered by comments about her parenting.