Liam Payne and Louis Tomlinson seemed to have a bit of a tense moment on stage on Sunday night.

The two stars seemed to get in each other’s way during the band’s concert in Manchester.

END_OF_DOCUMENT_TOKEN_TO_BE_REPLACED

A representative has since played down any speculation that the incident suggests trouble within the group.

They told The Mirror: “This is clearly just banter, they are obviously just messing about on stage. Anyone that has seen the band perform will know this.” 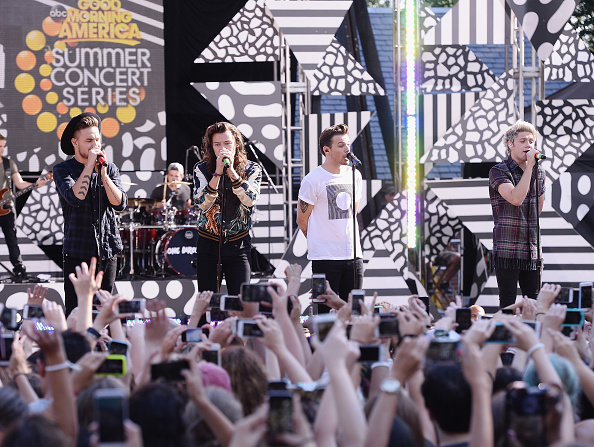 The band performing on stage together.

Earlier this year the lads revealed that they are planning on taking a break from the spotlight.

While the news left millions of 1D fans heartbroken, we’d say it might be a good thing after seeing this!

popular
Irish girls name was the most used Irish name in the United States last year
Ofcom receives 75 complaints over Jacques' treatment of Ekin-Su
Michael Owen hilariously responds to Love Island's heart rate challenge
Another of Gemma Owen's family could be headed for a reality show
Prince William shouts at photographer who was "stalking" his family
Love Island: Danica sets her sights on Andrew as Luca asks Jacques about his relationship with Gemma
Victoria Beckham recalls moment she was weighed on live TV
You may also like
3 years ago
Turns out, this colour of wine gives you the WORST hangover
6 years ago
Pretty Little Liars actor Brandon Jones could be facing over five years in prison
6 years ago
Gwen Stefani Receives Massive Backlash After "Insulting" April Fools' Prank
6 years ago
Katie Price Names And Shames The Twitter Trolls Bullying Her Son Harvey
6 years ago
Kim Kardashian Blasts "Body-Shaming and Slut-Shaming" In Brilliantly Honest Post
6 years ago
WATCH: Emma Watson Launched HeForShe Arts Week On International Women’s Day
Next Page