The 9-year-old twins from Cork have endured serious surgeries and difficult health challenges.

Tom Hanks has put together a short Toy Story movie for two of his biggest fans in Cork, after he heard their story.

In the movie, we see Hanks match his actions to the theme of Toy Story's much-loved song 'You've Got A Friend In Me', resulting in two Woody dolls both being signed by Tom Story's "Andy", and the other foot being signed by Hanks for each of the boys. 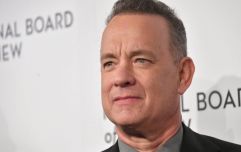 END_OF_DOCUMENT_TOKEN_TO_BE_REPLACED

The 9-year-old twin boys, Hassan and Hussein Benhaffaf, live in Carrigtwohill in Cork.

They were born as conjoined twins in 2009, and one year later they underwent a successful surgery that separated them, but have had significant health problems in the years since then.

Youghal ice cream parlour owner Miceal O’Hurley got in contact with the actor, having built up several connections when he worked in Hollywood, and told him about the two young boys.

"We got the video at 3am and my wife Oksana and I sat up in bed in tears. The thoughtfulness. The kindness. The generosity of spirit of his act was extraordinary," O'Hurley told The Irish Times. 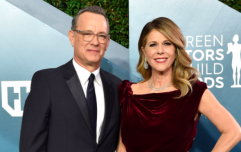 END_OF_DOCUMENT_TOKEN_TO_BE_REPLACED

"I think what I love about Tom Hanks is that if he wasn’t a mega star, and he was the local guy in the hardware store, he would still go out of his way to be a decent person. Tom wanted the boys to know that he admires them and wants to be their friend."

Donations can be made to the ongoing care of the twin boys here.

popular
Journalist Richard Engel shares news his six year old son has died
Infant boy killed in tragic road accident in Roscommon
Gerard Butler pays tribute to "brother in arms" Darius Danesh
Love Island USA has done an Adam Collard on it and brought back an old islander
Sarah Jessica Parker offers to help out at Dublin restaurant
Vogue Williams slams man who refused to swap seats with her on plane
Samantha Womack recuperating following breast cancer diagnosis
You may also like
2 months ago
Everything to know about the new Elvis biopic starring Austin Butler
1 year ago
The Band of Brothers sequel has started filming
2 years ago
Tom Hanks and Rita Wilson share an update after testing positive for coronavirus
2 years ago
Tom Hanks and wife Rita have been diagnosed with coronavirus
2 years ago
Apparently Tom Hanks was almost in Friends, but he turned down the role
3 years ago
Tom Hanks just revealed the most HEARTBREAKING thing about Toy Story 4
Next Page