We Didn't See This One Coming! Beyoncé Is Teaming Up With WHO On Her New Track?

Beyoncé is believed to be teaming up with Rihanna on a new remix of track Blow.

The Crazy In Love star has been plagued by rumours that she and husband Jay-Z are on the rocks, with several reports that the 99 Problems rapper cheated on her. One such rumour was that Jay has been seeing Rihanna and his plans to meet her in a club were the catalyst behind the infamous Met Ball row with Solange.

However, it has today emerged that Bey is currently working with the Umbrella star on a remix of her track Blow... suggesting that there may not be much truth to that one.

Although they do say to keep your enemies closer... 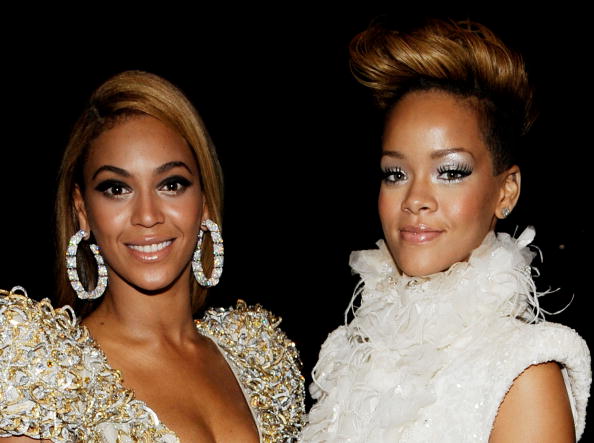 popular
Irish girls name was the most used Irish name in the United States last year
Ofcom receives 75 complaints over Jacques' treatment of Ekin-Su
Michael Owen hilariously responds to Love Island's heart rate challenge
Love Island: Danica sets her sights on Andrew as Luca asks Jacques about his relationship with Gemma
Prince William shouts at photographer who was "stalking" his family
Dublin Airport not ruling out a "flight cap" amid chaos
Victoria Beckham recalls moment she was weighed on live TV
You may also like
3 years ago
Turns out, this colour of wine gives you the WORST hangover
6 years ago
Pretty Little Liars actor Brandon Jones could be facing over five years in prison
6 years ago
Gwen Stefani Receives Massive Backlash After "Insulting" April Fools' Prank
6 years ago
Katie Price Names And Shames The Twitter Trolls Bullying Her Son Harvey
6 years ago
Kim Kardashian Blasts "Body-Shaming and Slut-Shaming" In Brilliantly Honest Post
6 years ago
WATCH: Emma Watson Launched HeForShe Arts Week On International Women’s Day
Next Page