A year after becoming parents, Liam and Cheryl are reportedly set to split

Almost a year after having their first child, Liam Payne and Cheryl are thought to be on the rocks.

The couple are in 'crisis talks' to avoid splitting up, a source has told the Sun.

Their age difference and time they spend apart are said to be the source of their issues, but son Bear could be what's keeping them together.

Neither Liam (24) nor Cheryl (34) has shared a photo of them together on social media since last August, suggesting that things have been rocky for a while now.

"There’s a big age gap between them. If they didn’t have Bear then they would have most likely split up by now.

"But they love their son. And they do care for each other so it’s now a matter of seeing if there’s a final way forward to try and make it work."

"They haven’t split but have addressed the fact they have work to do on the relationship and both want to work things out.

As he promotes his first solo album, Liam's been spending more time away from Cheryl and Bear, who turns one next month. 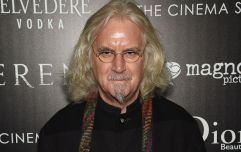 END_OF_DOCUMENT_TOKEN_TO_BE_REPLACED

Meanwhile, Cheryl has slowly gotten back to her career, appearing in campaigns for L'Oreal and signing up to be a mentor on upcoming BBC One show The Greatest Dancer.

The source stressed that there's no-one else involved in the pair growing apart.

"There hasn’t been a big falling out or anything like that. They hope there is a way forward and that’s what they’ve been discussing."

The couple first got together in early 2016.

Girls With Goals || Her · Ep.160: The Beauty Of Coaching - Hayley Harrison joins us from Sport Ireland
popular
TikTok Trend: What is laundry stripping and does it work?
M&S just launched the designer collaboration of dreams – with the ONE dress everyone needs
Kate Middleton has addressed the rumours that she's pregnant with her fourth child
Starbucks has a bubblegum-flavoured frappuccino on their menu – but you need to hurry
Jennifer Aniston is reportedly pregnant with her first baby
Here's what happens on every day of your menstrual cycle (roughly)
The Queen has banned Meghan Markle from wearing any of Princess Diana's jewellery
You may also like
1 day ago
Why Prince Harry and William aren't walking together at Prince Philip's funeral
2 days ago
Peaky Blinders star Helen McCrory passes away, aged 52
2 days ago
Imelda May to make acting debut in British comedy
3 days ago
Yvonne Connolly: "All that was going through my mind was that I could have died"
3 days ago
Wifey Material: Rihanna just dropped a bridal lingerie collection
4 days ago
Unearthed photo shows Prince Philip giving off real Prince Harry vibes at 36
Next Page