Well, not really. Their lives couldn't be any more different to ours, but every now and then the masks slips and we remember that they're human too.

Cast your mind back to 2011 and the royal wedding. Prince William, the son of the people's princess Diana, was marrying lovely Kate, a 'commoner', in the biggest royal bash for years.

It was a big day, not only in their own lives but for the monarchy as a whole and it turns out poor William got a dose of nerves.

Duncan Larcombe, a former royal editor at The Sun, was there on the day six years ago and has revealed that the prince had to step out to settle his nerves before his bride made her entrance. 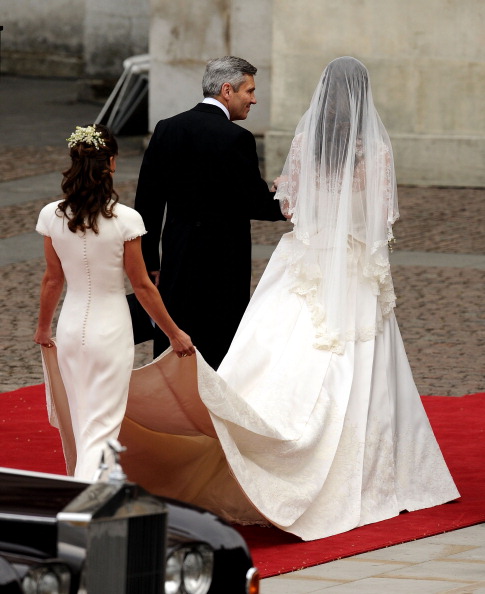 "Before Kate arrived, William went to compose himself with Harry in a room just off Poet's Corner (an area in Westminster Abbey)," he told Country Living.

"We were sat near there so they both walked straight past us and William looked absolutely terrified. They came out afterwards and gave a deep breath."

END_OF_DOCUMENT_TOKEN_TO_BE_REPLACED

Aside from that moment, Larcombe says the wedding was unlike any other he'd ever been at.

"It was one of the most incredible experiences of my life. You know when you're there that you're watching history unfold in front of your eyes.

"If you like people watching there's probably nothing better than a royal wedding. There isn't a room that has that many famous and royal people all under one roof."

popular
Paul Mescal wore O'Neill's shorts while carrying cans of pink gin so I bought O'Neill's shorts and cans of pink gin
This amazing hanging egg chair is coming into Aldi next week and go, go go (but safely)!
Women and girls struggling with access to period products during #Covid-19, research shows
After days of silence, Scott and Sofia finally comment on the break up rumours
5 reasons why we need more videos of Doireann Garrihy's new puppy immediately
Cristiano Ronaldo has been called 'racist' for his latest Instagram post
Her Quarantine Quiz Week 9: Iconic Irish music videos
You may also like
3 months ago
Finn Tapp and Paige Turley are crowned our 2020 Love Island winners
3 months ago
Dermot Kennedy sends sweet good luck message to aunt Mary Kennedy on DWTS
3 months ago
'I really did want to stay' Maura Higgins is the latest skater to get eliminated from Dancing On Ice
3 months ago
Maya Jama reveals why she 'deletes WhatsApp' when feeling overwhelmed by social media
3 months ago
Caroline Flack has returned to Instagram after being 'advised' not to go on social media
3 months ago
Everyone can relate to this hilarious moment on last night's Love Island
Next Page