The actress, who plays Emily Malek, has said that she wants to "step away" from the show.

Alexis Bledel has announced her departure from The Handmaid's Tale ahead of season 5.

The actress, who plays Emily Malek, or Ofglen, has been part of the Hulu series since it debuted in 2017.

END_OF_DOCUMENT_TOKEN_TO_BE_REPLACED

Bledel told Variety that she has decided to "step away" from the series, which is based on Margaret Atwood's 1985 novel of the same name.

In a statement given to the publication, she said: "After much thought, I felt I had to step away from ‘The Handmaid’s Tale’ at this time. I am forever grateful to Bruce Miller for writing such truthful and resonant scenes for Emily, and to Hulu, MGM, the cast and crew for their support."

For her performance as Emily, a college professor who later became enslaved as a handmaid, Bledel won critical acclaim. Between 2017 and 2021, she was nominated for four Primetime Emmys for her work on the show, and she won the Emmy for Outstanding Guest in a Drama Series in 2017. 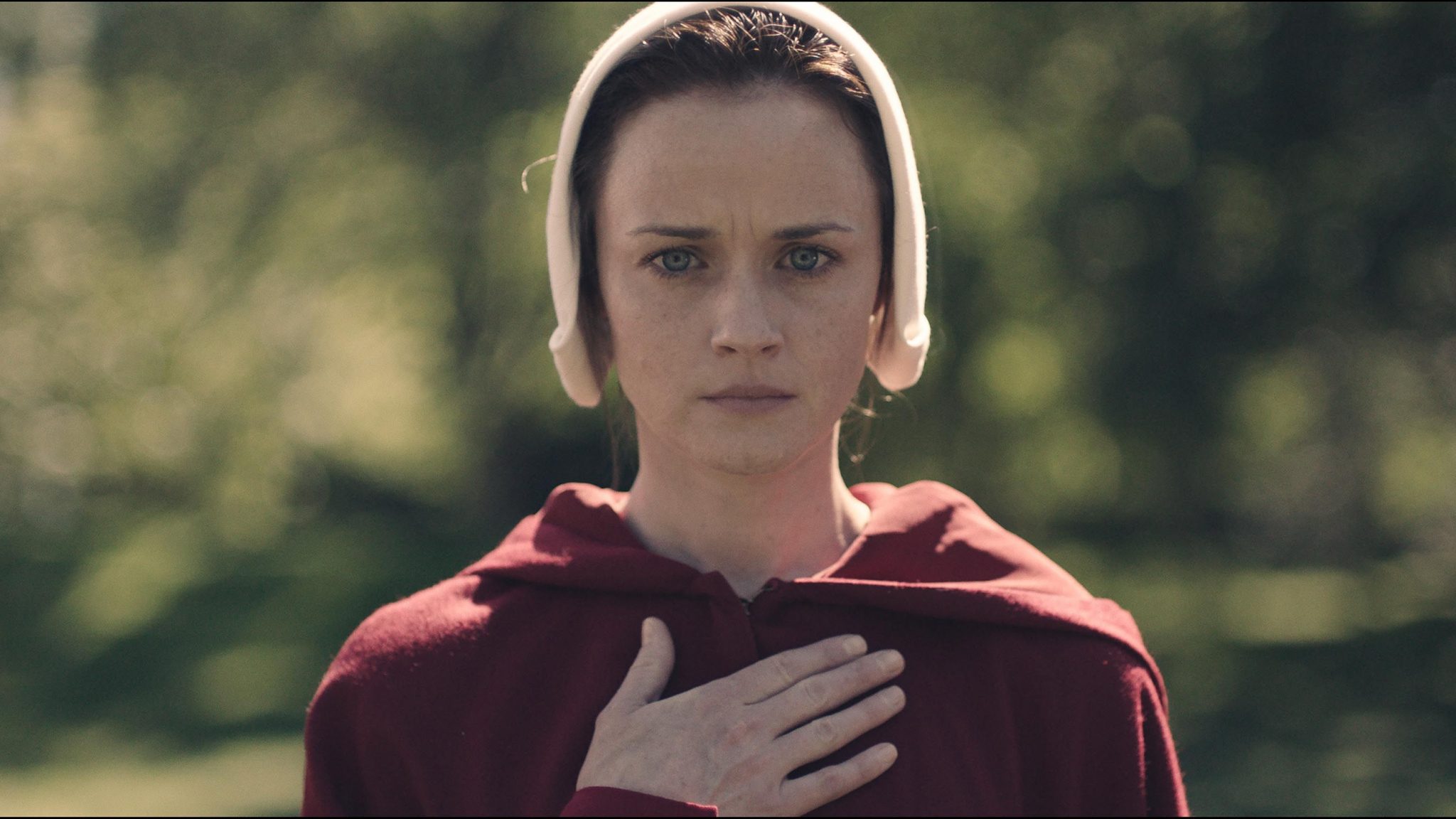 END_OF_DOCUMENT_TOKEN_TO_BE_REPLACED

Along with the rest of the cast, Bledel was honoured with four Screen Actors Guild nominations for Outstanding Ensemble Cast in a Drama Series.

In the series, Bledel's character Emily forms part of the underground resistance movement alongside June (Elizabeth Moss). Together, they are intent on removing the children of Gilead to safety in Canada, where Emily's wife Sylvia (Clea DuVall) and son Oliver (Charlie Zeltzer) are.

In the most recent season, Emily worked to help resettle the children of Gilead in Canada. We also see her trying to process the trauma of life in Gilead, as well as the violence she had been subjected to.

Season four of The Handmaid's Tale aired in April last year, and in December 2020 it was announced that it been renewed for a fifth season.

popular
Dami explains why he was "angry" during the Love Island reunion
Dame Deborah James has followers in tears with final letter to her children before she died
Jacques O'Neill addresses Paige and Adam's relationship on Instagram
Emmerdale actor Sam Gannon dies aged 31
Olivia Newton-John's husband pays tribute following her death
Woman (20s) stabbed fives times in attack in Co. Kerry
Barry Keoghan announces the name of his baby boy
You may also like
3 weeks ago
WATCH: The trailer for The Handmaid's Tale season 5 is here
1 month ago
Hang on, is Boris Johnson entering the Love Island villa tonight?
1 month ago
NOW announces large price reduction to its monthly membership
1 month ago
Netflix CEO confirms adverts are coming to the service
1 month ago
Netflix looking for participants for Squid Game reality series
1 month ago
Here's why Gemma and Luca have a fight on tonight's Love Island
Next Page