"They are always going to dominate things."

Ant and Dec have successfully gotten the Britain's Got Talent family back together via the new promo shots for the show's new season - and the fact that they're presenting it again.

The lads will be back on our screens together again on April 6, but before that rest of the BGT crew have decided to talk all about how lovely it has been to have Ant and Dec back working as a duo.

Judge Alesha Dixon said that seeing the pair has been like getting "the family back together."

"It just feels normal," she said.

"We’ve been working together for so long now that when we’re together it just feels right.

"They won at the National TV Awards again this year and I think they are always going to dominate things like that because the longer they are together the more respect people have for them and the more people love them. So I can’t see that wavering any time soon."

Yes, you heard Ant and Dec correctly! 6 days until #BGT returns to your TV screens. We've got your Saturday night SORTED! Join us on 6th April from 7:15pm on @ITV or @WeAreSTV 👼🙌👀🇬🇧 pic.twitter.com/NudFvAa8vx 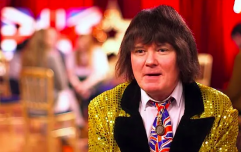 END_OF_DOCUMENT_TOKEN_TO_BE_REPLACED

"It was lovely to see when they stepped back on the stage together in London how excited people were to see them together," David Walliams added.

"It was really emotional and I was pleased for them. It was just how it always was."

So yeah, been pretty nice, apparently. 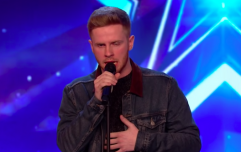 END_OF_DOCUMENT_TOKEN_TO_BE_REPLACED

This is the first time that Ant and Dec will have worked together since Ant's drink driving incident in early 2018 which saw him banned from the road and fined £86,000.

The presenter apologised for the hurt he had caused and said that he was going to take some time away from the limelight to attend rehab.

Britain's Got Talent returns April 6 at 7.15pm on ITV.

popular
Vogue Williams slams man who refused to swap seats with her on plane
New Zealand family find two bodies in second hand suitcases
Joe Swash helps 95-year-old woman and carries her to hospital
Crown Paints advert receives 200 complaints over 'misogyny' and 'everyday sexism'
Are we getting a mini heatwave in September?
Adam Collard allegedly attacked on night out with Paige Thorne
This is why the world is obsessing over Adidas Gazelles
You may also like
4 months ago
Stavros Flatley's Lagi Demetriou welcomes his first child
3 years ago
Alesha Dixon is expecting her second child with husband Azuka Ononye
3 years ago
People are trolling Alesha Dixon for a pretty weird fashion fail on Britain's Got Talent
3 years ago
Fans are all saying the same hilarious thing about the outfit Alesha Dixon wore last night
3 years ago
Ant McPartlin returns to BGT tonight and Amanda Holden says there's one adorable moment
3 years ago
Tributes paid to Britain's Got Talent semi-finalist Jack Saunders found dead aged 25
Next Page