Oh, how I miss the Obamas!

However sad I am that they're no longer in the White House, I have to admit - they seem to be enjoying life. 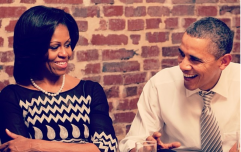 Barack and Michelle Obama could be getting their own Netflix series

END_OF_DOCUMENT_TOKEN_TO_BE_REPLACED

They've had a chance to spend more time as a family, go on holidays and go to rap concerts...

Yep, Michelle and Barack were recently spotted having the time of their lives at a Beyonce and Jay Z gig.

Why the hell not? 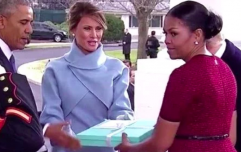 END_OF_DOCUMENT_TOKEN_TO_BE_REPLACED

The former first-couple attended the concert last weekend, and sure, Bey and Jay were good, but Barack and Michelle were better.

Thankfully there were a number of fans on site to capture the power couple "living their best lives!"

"Tonight I saw Beyoncé with President Obama sitting right behind me. I can die happy," another said.

"I was in the presence of Beyoncé AND the Obamas. It's over," - agreed.

Michelle was actually spotted in Paris earlier this month at another Beyoncé and Jay Z gig.

Okay guys, you've had your fun.

COME BACK TO US!

popular
Prince William shouts at photographer who was "stalking" his family
Michael Owen hilariously responds to Love Island's heart rate challenge
Irish girls name was the most used Irish name in the United States last year
Love Island: Danica sets her sights on Andrew as Luca asks Jacques about his relationship with Gemma
Victoria Beckham recalls moment she was weighed on live TV
Ekin-Su lands herself in a "sticky situation" as the recoupling looms on tonight's Love Island
Wait, are former contestants returning for Casa Amor?
You may also like
2 days ago
What celebrities have said about Roe v Wade's overturning in America
1 year ago
"Our best friend and loyal companion" – Barack and Michelle Obama's dog, Bo, has died
1 year ago
Barack Obama says he "screwed up" not giving Dolly Parton a Presidential Medal of Freedom
2 years ago
Barack Obama just wished Michelle a happy birthday with the CUTEST Instagram post
2 years ago
Michelle Obama has shared a family photo for Thanksgiving, and we hardly recognise Malia and Sasha
2 years ago
Dog receives 'animal OBE' for stopping potential attack on Barack Obama
Next Page