''I was stupidly unaware of the offence this may have caused''

It seems that almost everyday a celebrity is forced to apologise over an offensive Instragram post, Tweet or quote.

But it is unusual that one would apologise out of blue for a mistake they made without being forced to by fans. 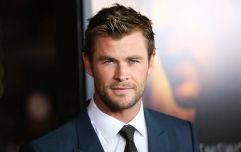 END_OF_DOCUMENT_TOKEN_TO_BE_REPLACED

This is exactly what Chris Hemsworth just did.

The actor, along with other celebrities are currently showing their support against Dakota Access Pipeline, the same cause Shailene Woodley was recently arrested for.

In showing his support for the cause, he also took the time to apologise for cultural appropriation. The actor dressed up in  the traditional dress of First Nations people.

''Standing with those who are fighting to protect their sacred land and water. #nodapl #waterislife#mniwiconi @taikawaititi''

He then added his apology.

''I would also like to take this opportunity to raise something that has been bothering me for sometime. Last New Year's Eve I was at a "Lone Ranger" themed party where some of us, myself included, wore the traditional dress of First Nations people.

I was stupidly unaware of the offence this may have caused and the sensitivity around this issue. I sincerely and unreservedly apologise to all First Nations people for this thoughtless action.

I now appreciate that there is a great need for a deeper understanding of the complex and extensive issues facing indigenous communities. I hope that in highlighting my own ignorance I can help in some small way.'' He said. 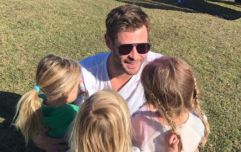 END_OF_DOCUMENT_TOKEN_TO_BE_REPLACED

Many of his Instagram follows commended him on his apology and on educating people about an important issue.

However, the #NoDAPL movement was created by people who are against this construction as they argue that the land it is being built on is sacred to the Sioux people of Standing rock reservation.

popular
Fundraiser set up for boy attacked by pit bull in Wexford
Kanye to give Kim Kardashian $200k in child support every month
Balenciaga is suing production company following offensive ad campaign
The trailer for Channel 4's Vardy V Rooney: A Courtroom Drama has dropped
"I've got nothing to hide": Ekin-Su confronts Davide over afterparty video
Fair City star Jenny Dixon shares her twins' gender in sweet video
Olivia Wilde struggling after Harry Styles break-up
You may also like
1 year ago
Chris Hemsworth criticised for attending maskless party on social media
3 years ago
Chris Hemsworth announces a year break from acting to focus on family time
4 years ago
Turns out Chris Hemsworth's dad is ripped to shreds and the internet cannot deal
4 years ago
Chris Hemsworth’s wife got a Thor tattoo 20 years before she met him and it's gas
4 years ago
The trailer for a Crocodile Dundee sequel that had EVERYONE fooled
5 years ago
Chris Hemsworth's kids are following in his footsteps in the cutest way
Next Page