Coronation Street's Sinead Tinker to get a devastating diagnosis next week

Coronation Street's Sinead Tinker is set to receive a heartbreaking diagnosis next week.

The long-running soap has confirmed that soon after marrying her partner Daniel Osbourne again, Sinead will be told her cancer has spread - and will receive a terminal diagnosis.

After finding a lump on her neck on her wedding day [which will air on Monday, September 9],  Sinead and Daniel go to hospital the following day and are dealt the cruel blow that the cancer has spread to her lymph nodes and her liver, and that she has only months to live.

In the coming weeks Sinead will struggle to come to terms with the news as Daniel tries to make plans for a future without his wife and the mother of their son, Bertie.

The young mum was diagnosed with cervical cancer in 2018 after ignoring symptoms. She started her treatment but then stopped temporarily as she was worried it would harm her unborn child, but she restarted the chemotherapy and for a time it looked as though she was responding well. 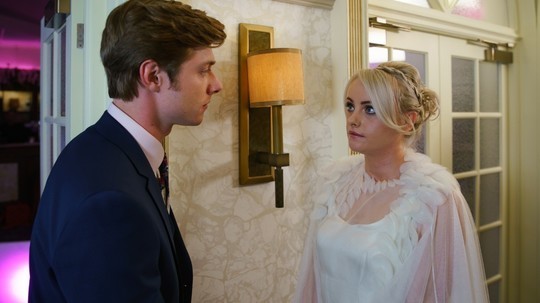 However, next week she will be left devastated when she gets the news her cancer is now aggressive and untreatable. Filming has already begun on Sinead's final scenes, which are due to air later this autumn.

Coronation Street have worked closely with charities Mummy’s Star and Jo’s Cervical Cancer Trust on this storyline to ensure accuracy.

Pete Wallroth CEO of Mummy’s Star founded the charity when his wife died shortly after the birth of their daughter.

“Cancer in pregnancy is a subject that few understand and even less realise happens to 2 women a day in the UK, so to have been asked by the Coronation Street team to work with them in advising on the storyline over the last 12 months with Rob and Katie has been both a pleasure and a wonderful opportunity.

"They have listened to first hand accounts from women, asked for so much advice and this has been reflected so professionally and realistically on screen through their portrayal of Sinead and Daniel’s harrowing experiences.

"We know this has helped reach new audiences in terms of awareness and we are very thankful to the whole team at Coronation Street for giving the subject this platform and in doing so, indirectly helping more families.” 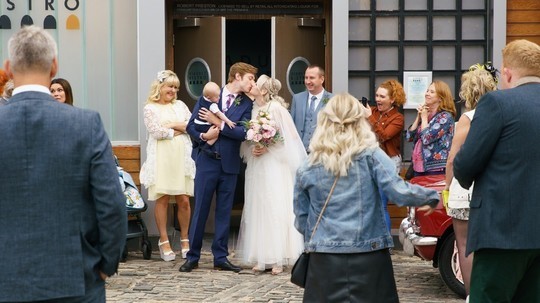 “Nine women are diagnosed with cervical cancer every day in the UK and if caught early it is a very treatable cancer so it is fantastic that the programme has been able to raise awareness of the disease. Sadly Sinead has an advanced diagnosis.

"We have been working very closely with Coronation Street on this incredibly moving and poignant storyline over the last year to ensure it is portrayed as accurately and sensitively as possible. If you have concerns about your own health then please do get in touch as we can answer your questions and provide support at every step.” 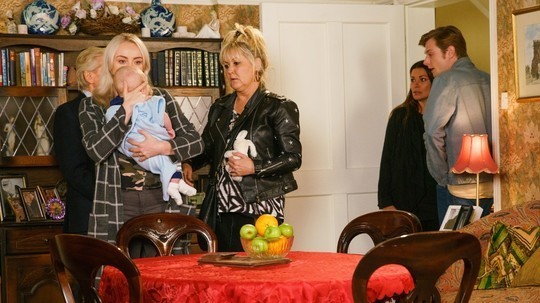 On next week's scenes, Katie McGlynn - who plays Sinead - said:

“Daniel and Sinead are just broken, we just tried to play it with as much realism as we could, they’re both in disbelief. Sinead doesn’t understand she just wants to be a mum to Bertie, she wants to know how long she’s got left. They’re both completely devastated and in shock and all the emotion just comes pouring out.

"I’ve been working with Mummy’s Star, they specialise in helping families and women who’ve been suffering from cancer in or around pregnancy. It’s been really helpful chatting to them, some of the families and the founder Pete Wallroth who’ve been through this in real life.

"Every story is different, and it’s quite a unique experience battling cancer in pregnancy, Sinead blames herself, so their advice and support has been very gratefully received.”


popular
This STUNNING €40 Zara dress is all you need to update your wardrobe for summer
Andrea Bocelli to livestream a concert from an empty Duomo Cathedral on Easter Sunday
'He lost his battle' Ailbhe Garrihy's beloved dog Bobby has died
Woman demands her twin sister change her adopted daughter's name as she wants to use it
Meghan Markle's favourite mascara is one of the all-time beauty greats
Dating in lockdown: Finding new ways to connect when you physically can't
Zara's €60 matching knitwear set is just gorgeous (and seriously comfortable too)
You may also like
1 day ago
#Covid-19: 36 further deaths, 345 new cases of coronavirus in the Republic of Ireland
2 days ago
#Covid-19: 16 further deaths, 370 new cases of Coronavirus in Ireland
2 days ago
Five-year-old boy dies following farming accident in Roscommon
2 days ago
'Tired of hiding' Singer Duffy pens detailed blog post about her kidnapping ordeal
5 days ago
Legendary soul singer Bill Withers has died, aged 81
1 week ago
Documentary featuring inspirational influencer Jade McCann is available for pre-release now
Next Page