Despite being the tender age of 58, the Donegal legend has decided he doesn't want to risk appearing on the show, lest it becomes too much for him to handle.

END_OF_DOCUMENT_TOKEN_TO_BE_REPLACED

And yeah, if this is a genuine concern for Dan then we wish you all the best mate, you do you.

The singer told The Sun that he had been asked recently to appear in the upcoming special - and that he, flat out, said no.

“I met one of the ladies involved in the ­production just recently and she asked me if I’d like to come back for a Christmas special," he said. "I said, ‘No, do you want me to drop dead on the spot?" 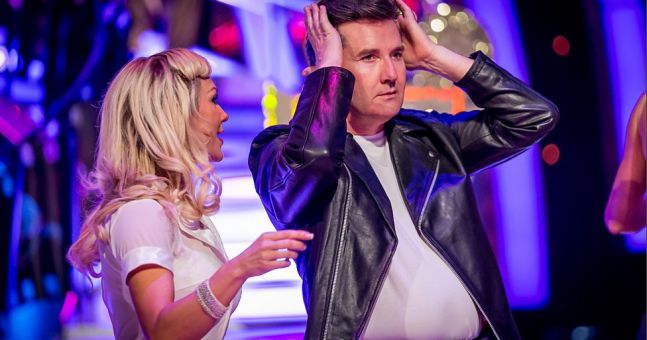 Daniel took part in the 2015 instalment of the BBC reality series.

Alongside partner Kristina Rihanoff, he was the third celebrity to leave the show after being voted out by the public - even after his incredible performance as Danny from Grease.

He said that despite being well accustomed to being on stage, he still felt "unbelievable nerves" ahead of each performance. END_OF_DOCUMENT_TOKEN_TO_BE_REPLACED

“I never expected those kind of nerves. It’s ridiculous from the point of view of someone who’s been on stage as many times as me,"he said.

“The night I was doing Danny Zuko from Grease, I had to start walking down these three steps and I was so nervous I didn’t know how I was going to get down them. That’s how bad my anxiety got.”

Daniel O'Donnell returns to the INEC Killarney next September.

popular
Viral TikTok shows how to keep warm wearing tights in winter
Channel 4's Breastfeeding My Boyfriend doc criticised for contributing to stigma
You stars Victoria Pedretti and Dylan Arnold spark romance rumours
Japanese princess gives up royal title to marry college sweetheart
Brian Laundrie parents 'to cremate body with no funeral' amid mystery over cause of death
New period drama A Very British Scandal starring Claire Foy is coming to TV soon
Late Late Show viewers are not happy with Ryan's questions for Billy Connolly
You may also like
13 hours ago
Giovanni Pernice confirms Maura Higgins split
5 days ago
Shirley Ballas shares update after getting lump checked
5 days ago
Wait... Are Maura Higgins and Giovanni Pernice back together?
6 days ago
Tilly Ramsay speaks out about body shaming after DJ calls her a "chubby little thing"
1 week ago
It looks like it's all over between Maura Higgins and Giovanni Pernice
1 week ago
"Real-life consequences": Strictly's Adam Peaty addresses near-kiss rumours
Next Page