Dead To Me season two is officially in production and our bodies, they are ready

If you didn't catch Dead To Me when it first landed on Netflix all those months ago, please do yourself a favour and watch it.

It's funny, it's touching, it's got a fair few decent twists thrown in there for good measure.

It can also be deeply serious at times, placing a necessary and rare focus on grief and the countless ways that people react to death - each of them as legitimate and understandable as the next.

Basically, it's an incredible series, and when word dropped that Netflix had ordered a second season of it, we were of course delighted. 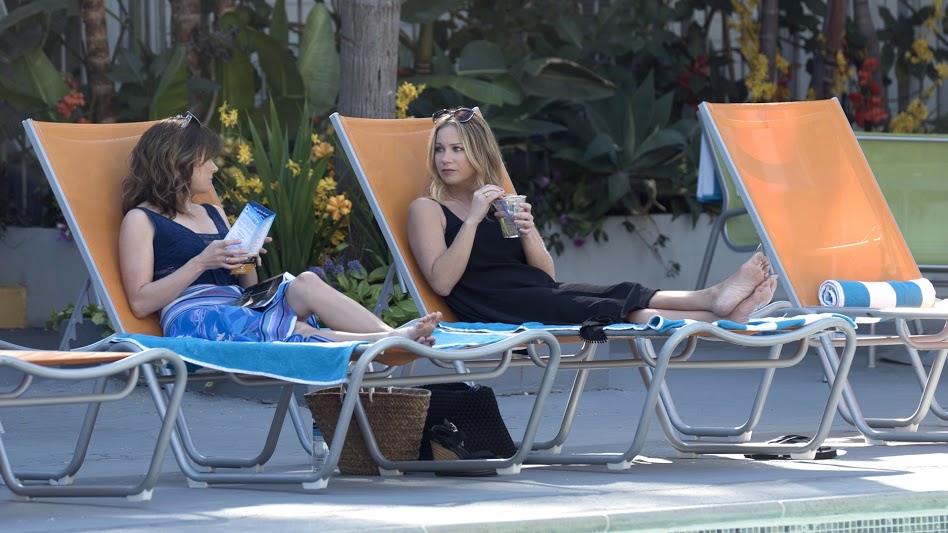 And although we don't know exactly when the next series of the dark comedy will be gracing our screens, we do at least know that production has started.

And hey, at least that's something.

Dead To Me star Christina Applegate shared a photo of herself and co-star Linda Cardellini tenderly holding hands while doing run through of the show's second season.

This is it here.

Excited? You better be.

Not a lot of information about Dead To Me season two has been revealed, other than Applegate and Cardellini returning as Judy and Jen respectively.

Creator Liz Feldman will also return as showrunner, with Sam McCarthy as Charlie and Luke Roessler as Henry.

The show currently has an 88 percent Rotten Tomatoes rating, with a critics agreeing that the show "... doesn't always deliver on the gallows humour that it promises, but the sterling duo of Christina Applegate and Linda Cardellini elevates the series above its pulpier aspects -- offering a deeply moving relationship shaped by mutual grief."

Bring on season two, we say.

You can find out more about the show's first season here.

popular
Paul Mescal wore O'Neill's shorts while carrying cans of pink gin so I bought O'Neill's shorts and cans of pink gin
This amazing hanging egg chair is coming into Aldi next week and go, go go (but safely)!
Here's how to keep your dog safe and sound during the hot weather
5 reasons why we need more videos of Doireann Garrihy's new puppy immediately
After days of silence, Scott and Sofia finally comment on the break up rumours
Her Quarantine Quiz Week 9: Iconic Irish music videos
Lidl is launching a new hyaluronic skincare range and the serum is only €3.49
You may also like
4 days ago
QUIZ: How well do you remember Angus, Thongs and Perfect Snogging (the movie)
5 days ago
The creator of Big Little Lies is teaming up with Netflix for a gripping new thriller
5 days ago
Here is everything that is going to be coming to Netflix in June
1 week ago
ATTENTION: Angus, Thongs, and Perfect Snogging is dropping onto Netflix next month
1 week ago
The Big Flower Fight: The wholesome landscaping content we deserve during lockdown
1 week ago
WATCH: The first track from Will Ferrell's Eurovision movie has been released
Next Page