Timothy West is leaving his role as Stan Carter in Eastenders.

The 79-year-old will say goodbye to Albert Square at the end of his current contract, after almost a year of playing Stan.

Executive producer Dominic Treadwell-Collins told the Daily Star Sunday that there are exciting scenes in store as Stan "pulls out all the stops and gives his King Lear" before he leaves Eastenders.

END_OF_DOCUMENT_TOKEN_TO_BE_REPLACED 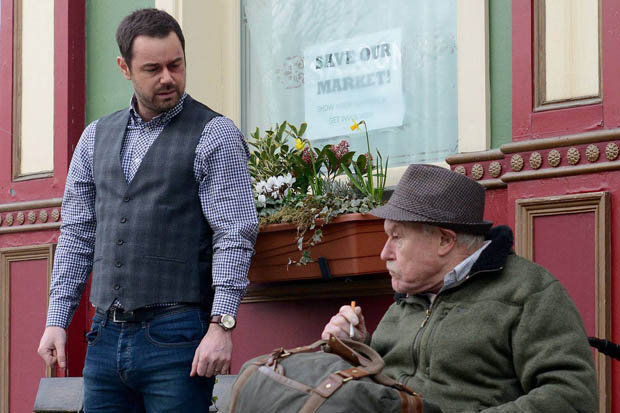 Last December, it was announced that Timothy would be joining the soap and he was first shown on our screens last January.

It's thought that Timothy had only planned to stay on the show for a short period of time.

We're pretty sure that there will be interesting scenes in the lead-up to his exit from the soap...

popular
Netflix's true crime series Sins of our Mother is seriously insane
So, William and Harry have a step sister... and who knew?
Why Are Men so Obsessed With Boobs? The Answer is Pretty Surprising...
Singer Ciara cancelled her wedding over transphobic laws
Get Out has officially dropped on Netflix and we know what we're watching tonight
Family tree reveals Prince Harry and Meghan Markle are related
A Criminal Minds re-boot is happening – and here's everything we know
You may also like
4 weeks ago
Eastenders' Adam Wodyatt: "I'm not just Ian Beale, there is an actor behind Ian Beale"
1 month ago
Samantha Womack recuperating following breast cancer diagnosis
1 month ago
EastEnders star Samantha Womack reveals she has breast cancer
5 months ago
Eastenders to create male sexual assault storyline involving Ben Mitchell
5 months ago
EastEnders actor sentenced after shouting "Black lives don't matter"
5 months ago
EastEnders star Melanie Clark Pullen dies from cancer aged 46
Next Page