Electric Picnic's comedy lineup has been announced and it's class

You'll be laughing all the way to your twelfth pint of the day.

It's August guys, and you know what that means.

It means that Electric Picnic is just around the corner, and yeah, if you say you're not excited then you're clearly lying.

Or you're just not attending the festival. Either way.

An abundance of class acts have already been announced for the Stradbally three-day festival at the end of this month, but if you're in the mood for something a bit more chill to spend your time doing, look no further than the comedy tent. 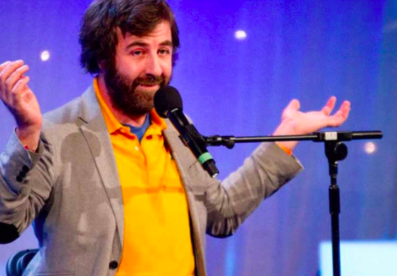 Because the lineup has just been announced, and it's fairly class.

Foil Arms and Hog, David O'Doherty, Daniel Sloss, and Jason Byrne are just some of the comedians hitting up the festival this year.

The full lineup can be found below:

Enjoy it, lads. You deserve a rest from all the seshing.


popular
Celebrities have nothing but praise for Jennifer Aniston's 'morning after' post
Holly Willoughby's checked Zara skirt is the perfect way to dress up your everyday look
The flattering €16 Penneys dress we'll be wearing every day for the foreseeable future
Meghan Markle's new title is likely to be changed, as she's now styled like a divorced woman
Louise Cooney just wore a gorgeous €65 coat from Pretty Little Thing and we ADORE it
So, William and Harry have a step sister... and who knew?
Penneys has launched a new Baby Yoda collection - and not going to lie, we want it
You may also like
1 month ago
Body and Soul confirms it is ending its 16-year association with Electric Picnic
4 months ago
Organisers report 'wonderful improvement' in post-festival state of Electric Picnic campsites
4 months ago
Tickets for next year's Electric Picnic go on sale this week
4 months ago
10 things we're all thinking as we wave goodbye to EP for another year
4 months ago
Day 3 of Electric Picnic: Festival fashion from the grounds of Stradbally
4 months ago
This €33 Penneys co-ord is set to fly off the shelves so, it's time to act fast
Next Page