'Extremely professional' No lads, there's no 'romance' between Greg O'Shea and Doireann Garrihy

God forbid a man and a woman would work together, wha?

Doireann Garrihy has quashed any sort of vague rumours flying about the place about a non-existent romance between herself and Greg O'Shea.

The pair began working together on RTÉ's 2FM recently enough when the Love Island winner started standing in for Eoghan McDermott.

Greg has also bagged himself a slot on the RTÉ player discussing rugby.

“Oh my god! I think any female and male duo get that," Garrihy told The Mirror when asked if sparks were, ahem, flying between herself and Greg.

“Chris and Ciara have got it before. I used to get it with [Spin 1038's] Martin Guilfoyle. People always wield this kind of thing on but you can rest assured I am extremely professional.

“Greg is extremely professional - we still don’t know each other very well but I hope we’ll be pals but there is no romance whatsoever.”

END_OF_DOCUMENT_TOKEN_TO_BE_REPLACED

The comedian went on to say that she would not have 'coupled up' with Greg if she had have been on the show this summer - "first of all because I wouldn’t have the body."

This comes a few weeks after winners Greg and Amber announced their split, a decision that the 7s player allegedly made via text. 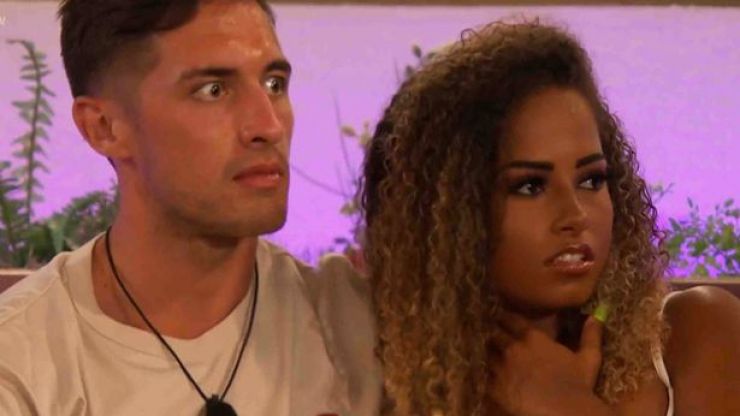 Greg, however, has vehemently denied this assertion saying that the breakup came over a couple of days and not just one message.

END_OF_DOCUMENT_TOKEN_TO_BE_REPLACED

He told Ryan Tubridy that the pair were simply "jam packed busy."

"So you need to take all of these opportunities by the scruff of the neck so we're both kind of being realistic about the situation and protecting our careers," he said.

"It was over a long time it wasn't just this one text. It was over a couple of days and I'm mad about her and I hope she's mad about me but we'll see about the future."

popular
Man arrested after woman raped on train as passengers filmed it
Taoiseach Micheál Martin asks public for 3 things, confirms some restrictions staying
Jamie Redknapp marries girlfriend without ever announcing engagement
Nightclubs will return with proof of vaccination under Government's new reopening plan
Giovanni serenades Strictly partner Rose after Maura split
Family of four found dead in hotel sauna
Will the clubs be reopening on October 22? Here's what we know so far
You may also like
20 hours ago
James Lock confirms relationship with Love Island's Megan Barton Hanson
5 days ago
Molly Mae Hague admits she's desperate for Tommy to propose
1 week ago
Jack Fincham says he attempted suicide after Love Island
2 weeks ago
Molly-Mae Hague needs a second surgery to treat her endometriosis
2 weeks ago
Love Island’s Jake reveals he no longer speaks to any of the girls from the villa
2 weeks ago
Love Island's Lucinda is officially back with Irish footballer Aaron Connolly
Next Page