It will melt your heart.

There's no denying that these two have chemistry and after a whirlwind romance in the Love Island Villa, Teddy and Faye have officially reunited.

Whether you love them or hate them, this video is bound to make your heart swoon, it might be the most whole Instagram story we've ever seen.

After coming in third place, and like other couples, they had to isolate themselves separately when they arrived home to the UK.

While on FaceTime to Faye, Teddy told her that he wasn't exactly where she thought he was. 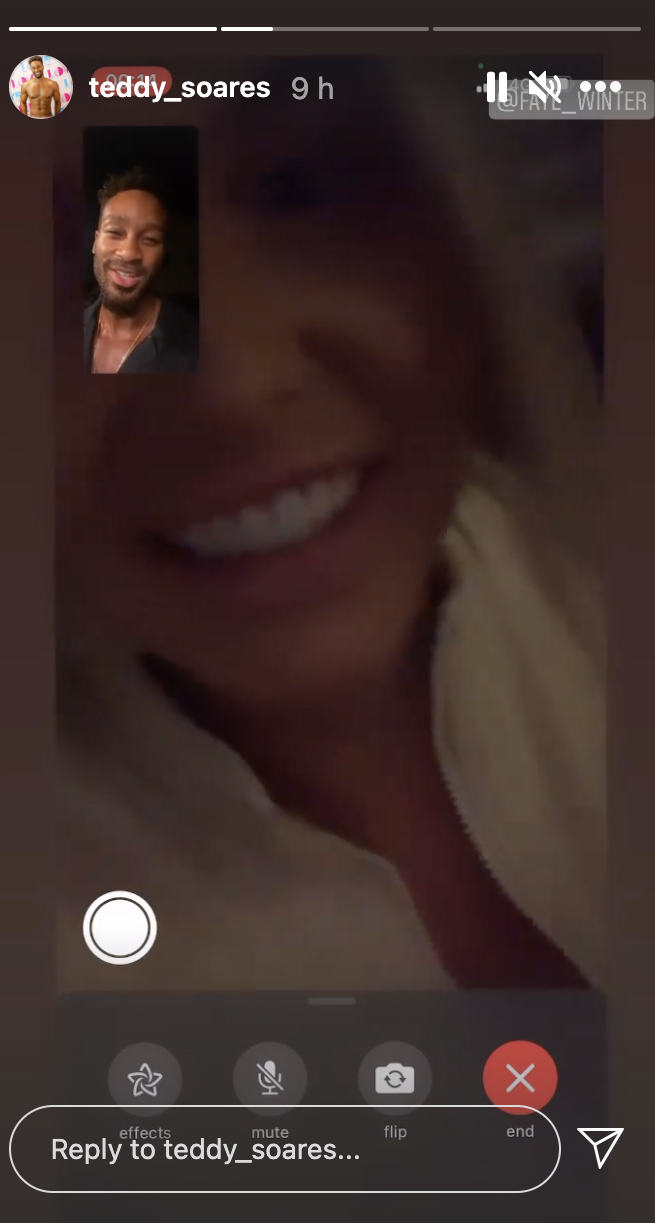 You guessed it, Teddy was talking to Faye on the phone while he was standing outside her home the entire time, ready to surprise her.

END_OF_DOCUMENT_TOKEN_TO_BE_REPLACED

As soon as Faye realises, she jumps up and runs outside, still not quite believing what is happening.

And once she spots Teddy, she immediately runs into his arms and we get to see just how happy they are to be back together from each of their phone screens. 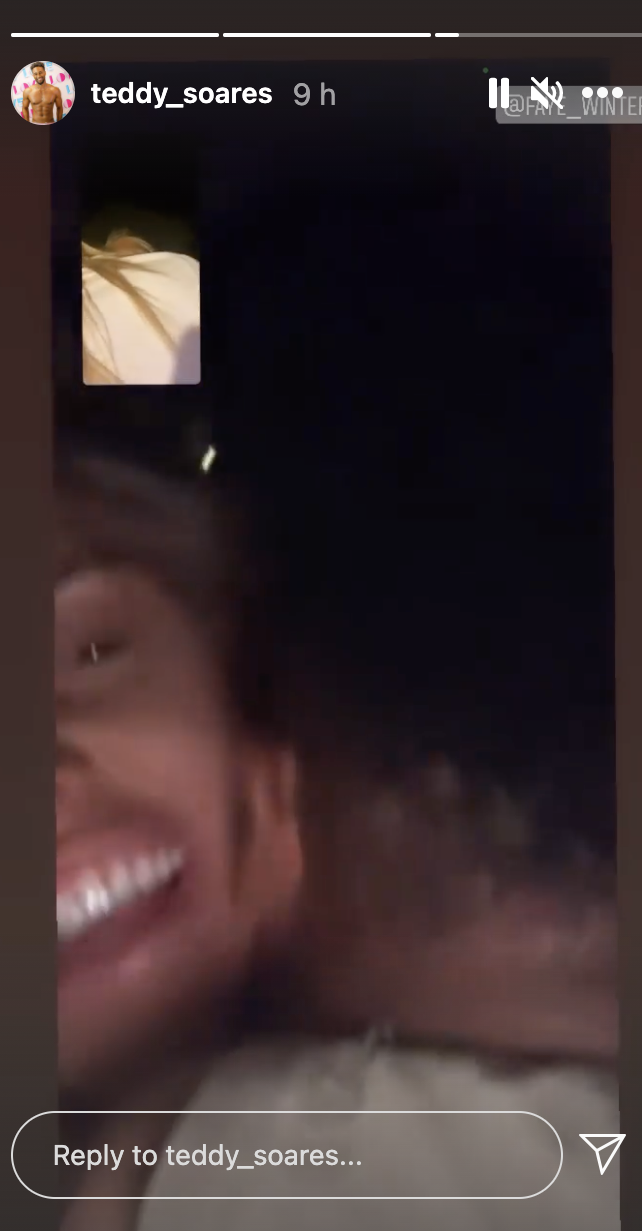 This video is enough to put a smile on anyone's face.

Teddy and Faye had a rocky journey in the villa, with a huge fight between the two almost ending their relationship.

The fight brought in over 25,000 complaints, but Faye has since apologised for her outburst and openly spoken of her regret.

Speaking to Christine Lampard on Lorraine, Faye said: "I haven't watched it back. We were living it, we were in the moment, we know exactly what happened and obviously, it's not nice for anyone to see.

"I'm embarrassed, I've apologised on more than one occasion and we're over it as a couple and it made us stronger.

Teddy then chimed in with: "We understand each other quite well, so I understand why she would be annoyed receiving the postcard. It's a surreal moment that would never happen in the real world. I was devastated that I hurt her."

popular
Baby dies next to mother who drank 'two or three' bottles of wine then fell asleep
S Club 7's Hannah Spearritt and children left homeless after being forced from home before Christmas
Woman dies four days after proposal after using wrong spoon to stir tea
Clarins opens its first spa in Ireland (and the UK) on one of Dublin's busiest streets
"I feel like I lost myself": Nathalie Lennon on her mental health struggles and her latest project with Pieta
Irish pizzeria given perfect score by top food reviewer
Naked Attraction host left speechless after seeing contestant with 'world's biggest penis'
You may also like
2 days ago
Love Island's Haris could be questioned by police after street fight video
3 days ago
Adam Collard opens up on dating life since Paige Thorne split
3 days ago
Love Island's Haris responds to street fight video following dumping
4 days ago
Montana Brown hints at when her baby's due date is
4 days ago
Another bombshell might be entering the villa tonight
4 days ago
Love Island first look: Two islanders are dumped as Aaron has eyes for Zara
Next Page