And the feud continues into another week.

As Rebekah Vardy fights to prove her innocence against Coleen Rooney's claims, it looks like the footballer husbands are now getting involved too.

Yesterday, October 14, a tearful Rebekah Vardy was seen returning to the UK for the first time following an onslaught of online abuse after Coleen outed her for apparently leaking false stories to The Sun.

The star who looked visibly upset was joined by her husband, Jamie Vardy who made his first public move in the row by unfollowing Wayne Rooney on all forms of social media.

"Jamie has always got on well with Wayne, but he won’t stand for having his wife hung out to dry in public like this.

"He’s totally behind Becky and furious with the Rooneys for the way they have gone about this."

Rebekah has also apparently hired a detective to solve these allegations made against her.

She also cut her Dubai holiday short adding that she'll do anything to clear her name and reportedly told Coleen that she'd "see her in court". 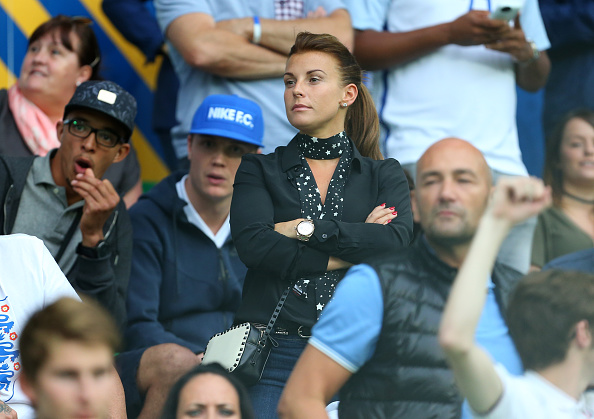 In what is being dubbed as the "war of the WAGs", Rebekah told The Daily Mail that fighting with Coleen is like rowing with "a pigeon" as the controversy continues.

popular
Irish TikTokers are telling their dads they paid €50 for 'premium air' in their tyres
Tributes paid to Limerick based blogger and model Patrick McLoughney
Simon Harris gives three urgent options for easing restrictions next week
Khloe Kardashian has JUST confirmed she is pregnant
Not going anywhere: Baby names set to stay popular for the next decade
The First Quadrillionaire? Paypal Accidentally Gives Man $92 Quadrillion
Squid Game fans spot massive clue in Tug of War game
You may also like
3 months ago
Wayne and Coleen Rooney spotted holidaying in Ireland
9 months ago
Rebekah Vardy says 'Wagatha Christie' feud "could be resolved soon"
1 year ago
Rebekah Vardy 'files court papers' against Coleen Rooney following Wagatha Christie controversy
1 year ago
'No reason...' Coleen Rooney responds to Rebekah Vardy's emotive Wagatha Christie interview
1 year ago
Robbie Williams is the latest celeb to have his say on the wag war
1 year ago
The Coleen Rooney and Rebekah Vardy scandal is being turned into a book
Next Page