It's been a dodgy enough few months for Gary Windass.

And now he's having a serious amount of trouble with Rick Neelan, the loan shark who's willing to do almost anything in his power to ensure he gets what he's owed.

And just scare a load of people to death, probably.

Now it appears that Gary has gotten on his bad side and the pair are having a bit of a showdown that could end one of three ways.

Viewers have not been privy to any information as to what was going to go down after Rick brings Gary to the woods to intimate him.

He even went so far as to dig him a shallow grave so you could probably go ahead and presume that Gary wasn't exactly going to get away without anything too dodgy happening. 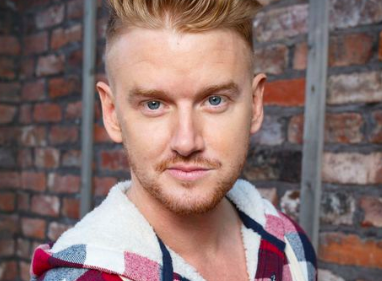 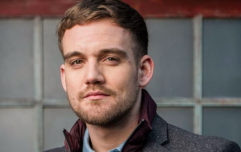 END_OF_DOCUMENT_TOKEN_TO_BE_REPLACED

And while we don't know exactly how Gary is going to get himself out of this specific predicament, we do know that he is going to survive, so hooray.

Digital Spy reports that Gary is going to be in considerably more scenes following the whole forest debacle which means that he does, of course, survive.

But not only does he get away, he also appears to be leaning more and more towards the villainous role that has been predicted for his character in the past.

After all of the money issues between himself and Sarah, it was looking fairly likely that Gary was going to slip into some questionable enough behaviour.

And now, it appears that he is - so much so that he may even become a bit of a dodgy loan shark himself.


popular
The PERFECT €22 Penneys dress everyone will be rushing to buy in the coming weeks
Louise Cooney just wore the most gorgeous €27 cream jumper from Marks and Spencer
The gorgeous Penneys trousers that are a must-have for your workwear wardrobe
Say hello to the perfect work dress, that will cost you just €19 in Penneys
Getting married in 2020? These ASOS bridesmaid dresses are seriously gorgeous
We just found the perfect 'jeans and a nice top' top, and it's only €17 in New Look
Penneys are now selling Riverdale t-shirts and yeah, we need them all
You may also like
5 days ago
EastEnders' Ian Beale has been revealed as the soap character people fancy the most
1 week ago
Coronation Street's Ken Barlow to leave the cobbles - but he won't be exiting the show
1 week ago
Corrie's Mikey North teases Gary could go 'off the rails' if he finds out about Maria and Ali's kiss
2 weeks ago
Coronation Street's Stirling Gallacher has joined the cast of Casualty
2 weeks ago
Coronation Street fans stunned as Katie McGlynn made a surprise appearance last night
3 weeks ago
A Coronation Street legend is set to leave the cobbles next month
Next Page