The reality star revealed his new look on Instagram.

Former Geordie Shore star Ricci Guarnaccio has shared pictures of the results of his eyelid and face surgeries on Instagram and he looks unrecognisable.

Still visibly bruised, the reality star posted pictures after he removed his bandages to show the initial results of his multiple surgeries, saying:

END_OF_DOCUMENT_TOKEN_TO_BE_REPLACED

“The first pic was taken one day after surgery so my eyes are obviously loads better and swelling underneath my chin and jawline have gone down.

“I’m over the moon with how the healing process is going and can already see hugely improved changes,” he added.

The reality star says that he’s already looking forward to showing them off once he is fully healed.

However, sources close to the star think he’s taking his love of cosmetic surgery too far. 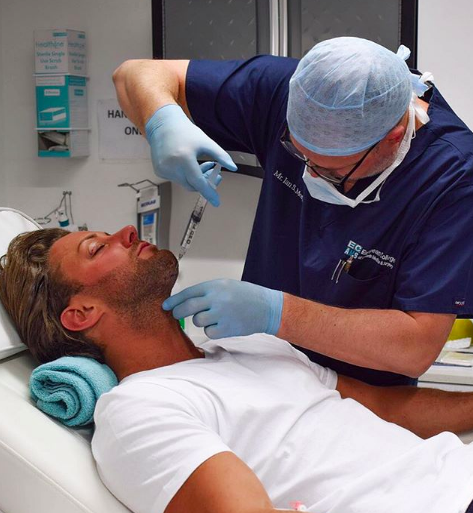 “Ricci is obsessed with surgery. He was unhappy about the look of his face and has been for some time,” they told The Sun.

“Ricci has always had a thing about his eyes and became obsessed with having a really wide bright-eyed look.

“He’s always thinking about what he’s going to get done next so this definitely won’t be the last procedure he has.”

popular
Molly-Mae Hague fans think they officially know her baby's name – and it means cloud
Baby found unattended in pram in Dublin, Gardaí reveal
Tasha Ghouri hits back at another islander who called her relationship fake
Joanna Cooper heartbroken after her mum is diagnosed with dementia
Blake Lively cast in film adaption of It Ends With Us
Gwen Stefani reportedly pregnant with baby number four
Anne Hathaway shares disappointing news about The Princess Diaries 3
You may also like
1 month ago
Toni Collette announces divorce from David Galafassi after almost 20 years of marriage
2 months ago
Julia Fox explains why she really dated Kanye West
2 months ago
Selena Gomez addresses viral photo with Hailey Bieber
3 months ago
Ekin-Su says she plans on dissolving her filler
4 months ago
Gigi Hadid's dad addresses Leo dating rumours
4 months ago
Here's why people aren't buying Kourtney Kardashian's collaboration with Boohoo
Next Page