Grand Designs couple split up in the middle of their build and ah, lads

In the beginning, you're excited but not entirely sure what the end result is going to be.

As time goes on, you settle into the build. You know what's expected of you, what you can and cannot do to ensure things don't fall down around you.

And by the end you're relieved that it's finally all over, ready to move onto your next project, maybe popping back every couple of years to check in and make sure the pipes haven't burst or anyone has died.

So similar. Yet so far removed.

However, it turns out that no matter how much falling in love and constructing a home have in common, one cannot sustain the other.

At least, for James and Shannon from Grand Designs they can't, because Shannon broke up with James in the middle of their build, leaving him to look after their hypothetical chickens himself. 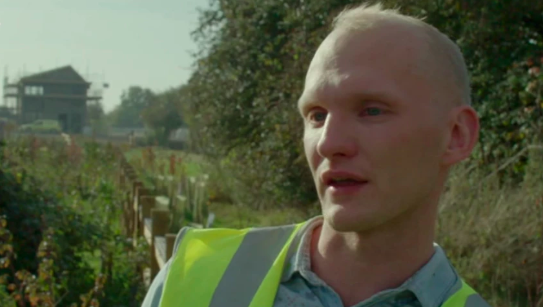 The pair were building their first home in the countryside so they could have a good bit of space, start growing vegetables, and keep a few chicks roaming about the place. 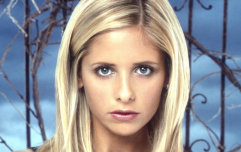 END_OF_DOCUMENT_TOKEN_TO_BE_REPLACED

Unfortunately, in the middle of the build, James revealed that Shannon had left him and that he had planned to finish the house in a bid to win her back.

"All I've ever seen for the future is Shannon and I happily ever after," he said, filled to the brim with emotion.

"But we were having some problems and unfortunately Shannon has left me. I think the build has been a catalyst and sped things up really. I'm heartbroken."

James and Shannon are dreaming of space, freedom (and chickens!) with their barn-inspired family home. What do you think of their hybrid design? #GrandDesigns🏠 pic.twitter.com/7YTiSuucYX

As James trundles on and viewers at home fall to pieces, the house in the countryside is eventually completed - although James does announce that he'll need an extra £60k to finish the interior.

It's also revealed that he left his own home to go live on the site of the house, the shell of which he had eventually finished after numerous setbacks.

At the end of the episode, Shannon has not returned, but James declares that he has come a long way since she left.

"I've felt low at times," he said. "But I've picked myself up and become more resilient."

popular
'Beard-baiting' is now apparently a dating trend - and we're all for it
Will there be a second season of Gilmore Girls: A Year In The Life? Here's what we know
QUIZ: How well do you really remember the first episode of Sabrina The Teenage Witch?
Cheese, chocolate or pasta? What your food cravings mean
Curtain bangs are trending - here's everything you need to know
Rose Leslie and Kit Harington share baby news with super cute photo
Kate Middleton has addressed the rumours that she's pregnant with her fourth child
You may also like
11 months ago
The End of The F***ing World season two trailer is finally here
11 months ago
The End of the F***ing World season two is coming to Channel 4 next month
1 year ago
There's a new show on Channel 4 that's been coined The Undateables for dogs
1 year ago
We finally have a start date for this year's Great British Bake Off - August 27
1 year ago
Viewers were incredibly touched by Channel 4's Jade Goody documentary
1 year ago
David Tennant to star in new crime drama series, Deadwater Fell
Next Page