The pair confirmed their relationship at the Met Gala on Monday night.

Hailey Baldwin and Shawn Mendes stepped out for the first time arm-in-arm at the Met Gala on Monday night and everyone has been swooning for them ever since.

Yes, the pair were all sorts of adorable as they walked the red carpet together and made their relationship official.

However, it looks like this relationship has been a long time in the making. 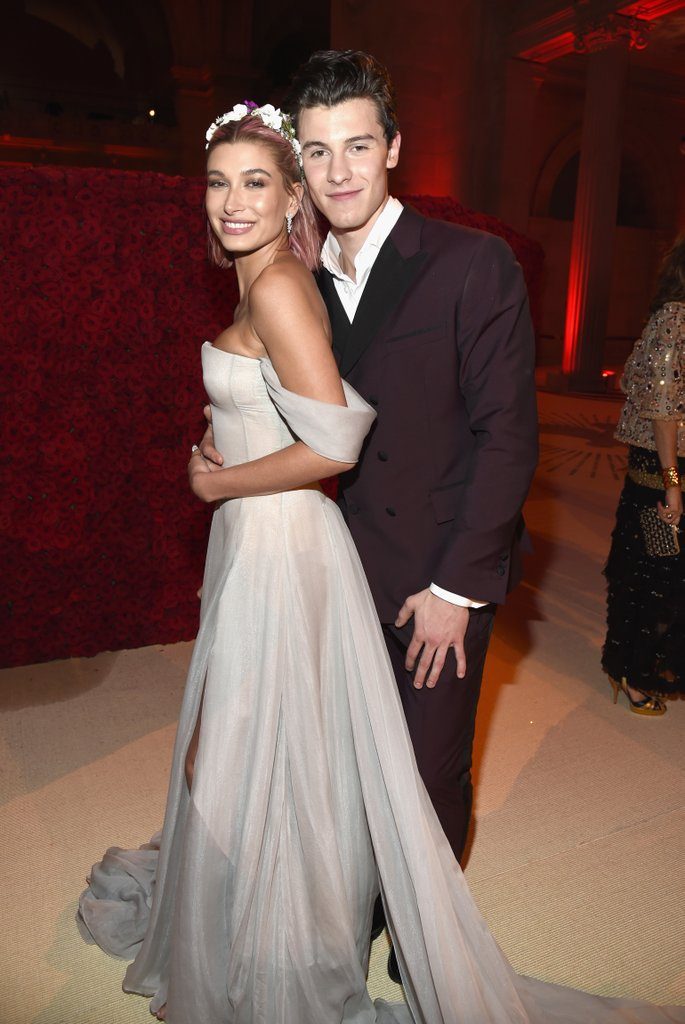 Eagle-eyed fans did some digging only to find that Hailey first asked Shawn to be her boyfriend five years ago.

Yep, in 2013, Hailey made the first move with a tweet to the singer asking him to date her.

“Hey Shawn Mendes, let’s date so you can sing to me all day. I’m joking but not really,” she wrote online. 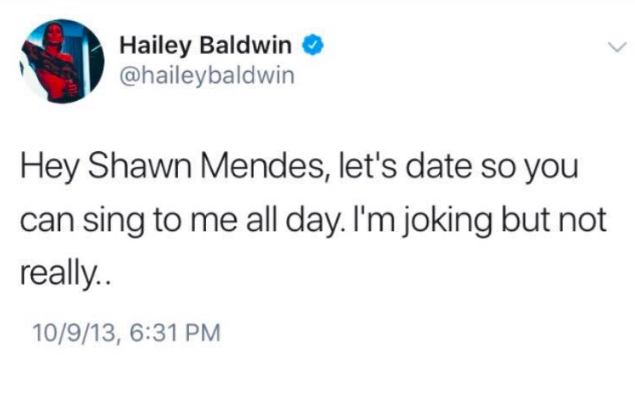 And it got Shawn’s attention.

The singer seemed totally star-struck to see Hailey’s name pop up in his notifications, tweeting:

“Just finding out now that Hailey Baldwin tweeted at me!”

And with that, romance blossomed. OK, not necessarily but just four years later and reports that the pair were dating started to appear online.

After months of speculation, the couple finally confirmed the rumours this week and now we’re all sorts of obsessed with them.

popular
WATCH: Paul Mescal and Daisy Edgar Jones's first Normal People audition is stunning
'Lockblocking' is the dating trend all single people are dealing with right now
The shows and movies you need to watch before they leave Netflix next month
Greg O'Shea has revealed what he did with the money he won on Love Island
6 cosy buys from Irish brands that'll make staying home a little easier
Dublin TikTok house deny staging dance with couple having sex behind them
Zara is launching its first ever lingerie collection - here's what caught our eye
You may also like
1 month ago
Jackie Stallone: Celebrity Big Brother star and Sly's mother dies aged 98
2 months ago
Ed Sheeran is reportedly expecting a baby with wife Cherry Seaborn
4 months ago
Model Joanna Cooper has introduced her new puppy 'Kevin' to the world
10 months ago
Red carpets, Adidas and oysters: Our top 10 fashion moments of 2019
1 year ago
This Insta account that shares unseen throwbacks of celebs is curing our hangover
1 year ago
Emma Louise Connolly reveals her plans for a traditional wedding with a modern twist
Next Page