The Handmaid's Tale season 4 confirmed for RTÉ2 this May

Under his eye, etc.

The Handmaid's Tale season four is officially airing in Ireland this May.

The eagerly anticipated fourth season of the show will land onto our screen on RTÉ2 from Thursday, May 6 - just a few days after its US debut.

Season four of the series, which is based on the Margaret Atwood novel of the same name, will follow June (played by Elisabeth Moss) wandering the desolate landscape beyond Gilead, continuing to make contact with members of the resistance movement.

June almost escaped Gilead along with a group of young girls last season, but she eventually revealed that she would not leave the state without her daughter, Hannah. 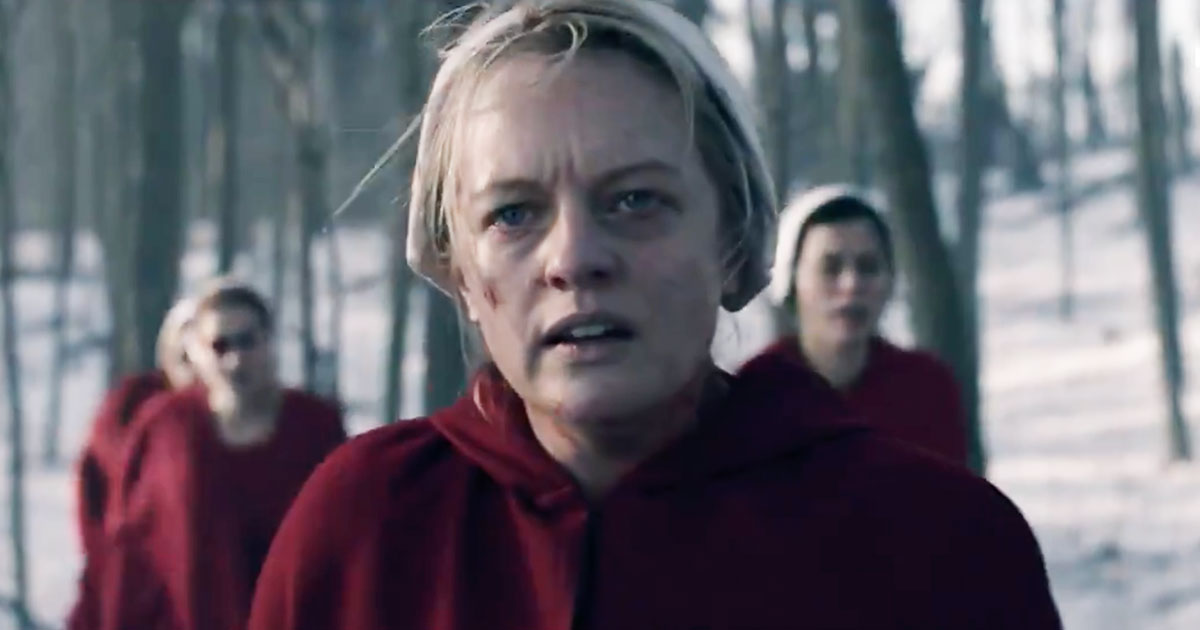 The first trailer for the new series was released earlier this year, and suggested a lot more action and a lot more intensity.

Some familiar faces such as Commander Lawrence, Aunt Lydia, Fred and Serena appear in the trailer, as does June's old flame Nick, who appears to have shown up to either aid in June's fight against Gilead - or to try and stop her from destroying herself.

RTÉ confirmed the news today, with director of acquisitions and co-productions Dermot Horan saying that the broadcaster had secured the rights to air the series before Channel 4.

"We're so pleased to be able to bring this new run in a highly-acclaimed and thrilling series to our viewers on RTÉ2 and RTÉ Player as a 'see it first' this May, ahead of UK broadcast."

The Handmaid's Tale season 4 debuts on RTÉ2 on Thursday, May 6.