After just one episode, Hulu’s The Handmaid’s Tale had us completely and utterly hooked.

Yes, the show was one of our stand-outs from 2017 and we’ve been eagerly anticipating season two ever since.

Well, while there might be another while until the actual release, Hulu is teasing the upcoming season with some seriously spooky images. 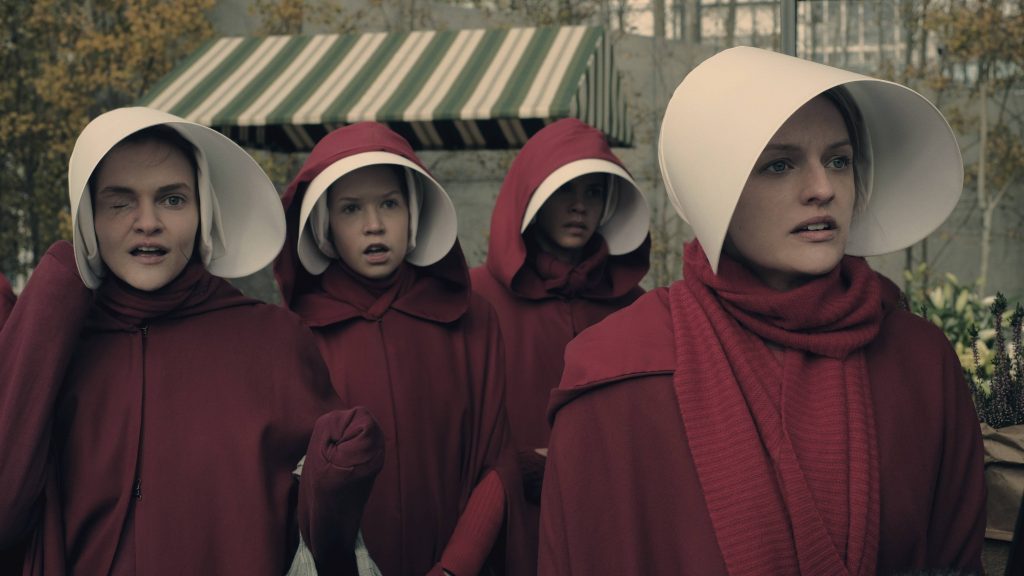 END_OF_DOCUMENT_TOKEN_TO_BE_REPLACED

Showrunner Bruce Miller has promised that season two will be even more intense than the first and that fans should expect some terrifying twists and turns along the way.

And if these new images are anything to go by, we’re in for a serious ride.

Season two will explore the world of Gilead even further and will also follow Alexis Bledel’s Emily into a whole new world – the colonies. 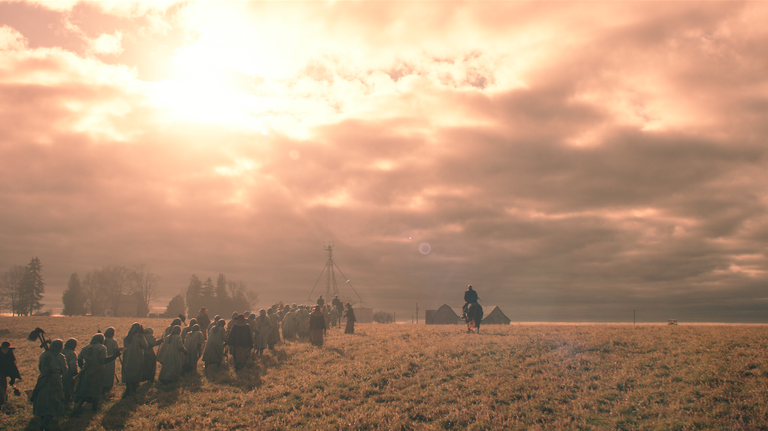 Yes, we heard a lot about it in season one but next season will bring us inside the place where disobedient handmaids go to be punished.

“Everything from the design of their costumes to the way they look is so chilling,” Miller told EW of the story behind the revealed pictures of a funeral scene.

“These scenes that are so beautiful, while set in such a terrible place, provide the kind of contrast that makes me happy.” 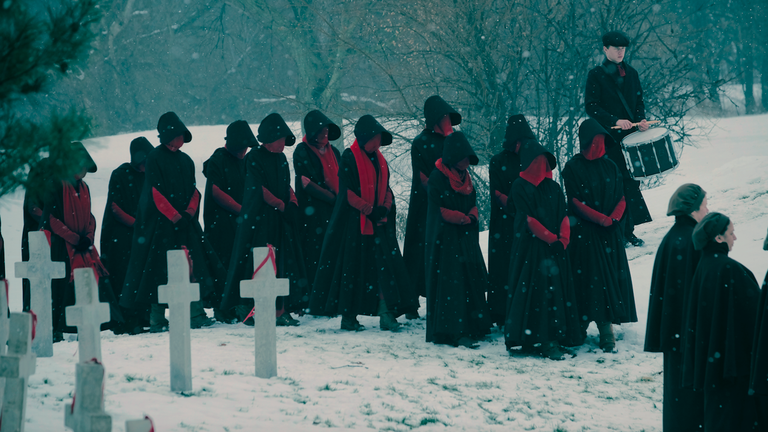 And if that doesn’t have you excited, Elizabeth Moss’ recent comments on the next season surely will.

“There is literally no way that anyone can guess what happens. 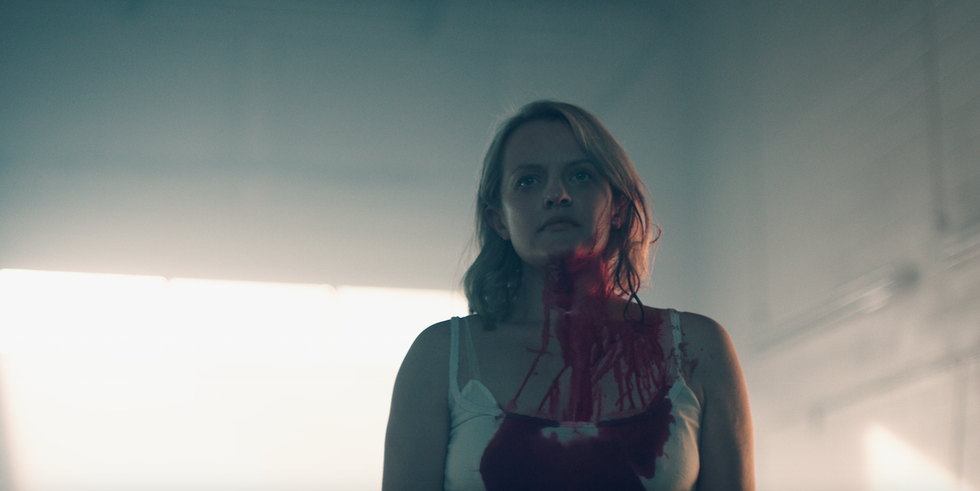 The second season of The Handmaid’s Tale is due to air in April on Hulu.

Girls With Goals || Her · Ep.151: 'A Story Shared' - Aoife P. Rafter on blogging during a pandemic and living with CF
popular
Around the world: The most popular baby names in major cities across the globe
"The female gaze is brilliant:" Why Phoebe Dynevor is proud of Bridgerton's sex scenes
Netflix announces new true crime documentary series: The Vanishing At The Cecil Hotel
Someone has ranked the penis size of men from all over the world
When will lockdown end in Ireland?
Not petite or plus size? 4 'mid-size' style influencers you should follow on TikTok
Here's what happens on every day of your menstrual cycle (roughly)
You may also like
1 week ago
Did you spot this? Bridgerton's Claudia Jessie also starred in Line Of Duty
2 weeks ago
New series of Reeling In The Years to air on RTE this spring
2 weeks ago
"Calling new islanders": Love Island is now casting for next season
2 weeks ago
Here are some of the best movies on TV this Monday
2 weeks ago
14 TV shows that everyone is going to be talking about in 2021
3 weeks ago
Need something to watch? Here are some of the best movies on TV this Sunday
Next Page