It's terrifying, it's touching, it's set in the '80s so the outfits are absolutely bangin' - I could go on, but I won't. The Mike Flanagan anthology is the greatest horror TV show to be released in years. That's all you need to know in regards to the reasons why it should be at the top of your watchlist. Fin.

Alas, a tidbit of information that you can enjoy without even having seen the series (but seriously, do watch it) is that one of its stars is actually the voice of Peppa Pig.

Yes, the Peppa Pig is starring in a scary TV show about ghosts and guilt and getting lost in memories. 2020, eh? 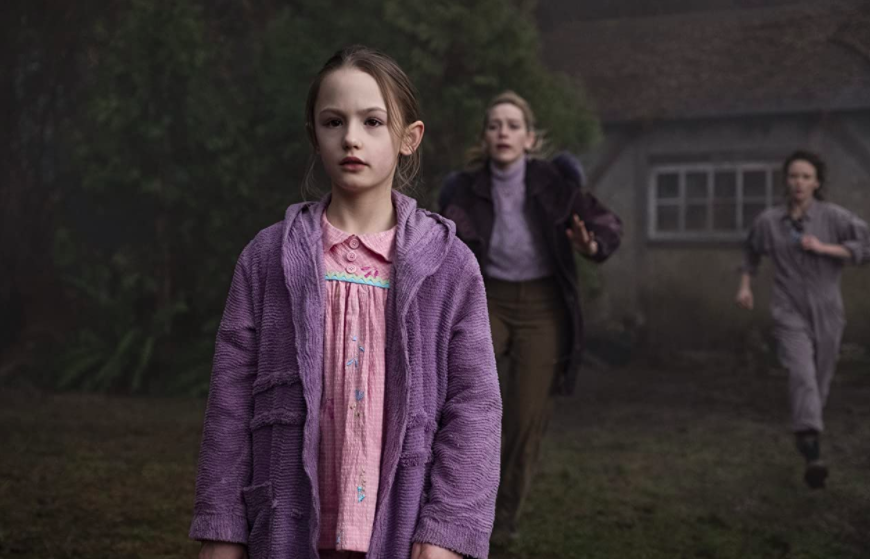 The star in question is Amelie Bea Smith, and she plays the equal parts terrifying and adorable Flora Wingrave.

So is the fact that she has also voiced Peppa Pig since this year. Fair play to her, like - the girl's got range.

END_OF_DOCUMENT_TOKEN_TO_BE_REPLACED

Nine-year-old Amelie was first cast as the iconic British pig earlier this year. She is the second voice actor to take over the role since the kids' TV show began, all the way back in 2004.

She also appeared in several episodes of EastEnders in 2018 and 2019, before eventually landing herself a starring role on The Haunting of Bly Manor.

The series (watch it, honestly) tells the haunting story of the Wingrave children and their staff, who live in Bly Manor in the British country following the untimely death of their parents.

Based on The Turn of the Screw by Henry James, the series has received many positive reviews from fans and critics alike since its release.

popular
WATCH: Paul Mescal and Daisy Edgar Jones's first Normal People audition is stunning
'Lockblocking' is the dating trend all single people are dealing with right now
The shows and movies you need to watch before they leave Netflix next month
Greg O'Shea has revealed what he did with the money he won on Love Island
6 cosy buys from Irish brands that'll make staying home a little easier
Dublin TikTok house deny staging dance with couple having sex behind them
If you constantly have a cold nose, this could be the reason why
You may also like
1 week ago
Elf on the Shelf is coming to Netflix because parenting in 2020 just isn't hard enough
2 weeks ago
3 new Netflix additions you can cosy up with for October
2 weeks ago
The Princess Switch: Switched Again hits our screens next month
2 weeks ago
9 thoughts I had while bingeing Misfits for the first time
2 weeks ago
GLOW has been cancelled by Netflix because of Covid-19
2 weeks ago
Netflix's American Murder: The Family Next Door dubbed "terrifying" and "disturbed" by viewers
Next Page