Hilary Duff has just posted the first photo from the Lizzie McGuire reboot.

The 31-year-old took to the stage at the D23 Expo earlier this year, where she announced that the iconic 2000s Disney series would be headed back to telly screens.

Since then, fans have gotten brief snippets of information about what they can expect. 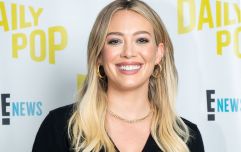 END_OF_DOCUMENT_TOKEN_TO_BE_REPLACED

And, now, Duff has shared the first photo from the reboot: a behind-the-scenes shot confirming all of the McGuire family are going to be coming back. 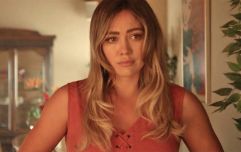 END_OF_DOCUMENT_TOKEN_TO_BE_REPLACED

Duff shared a photo of them all "standing in what will soon be the McGuire living room."

Terri Minsky, the original creator of the show, will be returning as showrunner for the upcoming series.

“We are incredibly excited to bring back one of the most popular Disney Channel series of all time along with some beloved and familiar faces,” Ricky Strauss, Disney+ president, content & marketing, told PEOPLE. 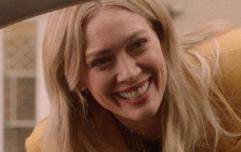 END_OF_DOCUMENT_TOKEN_TO_BE_REPLACED

“With Terri at the helm and Hilary, Hallie, Robert, and Jake back after all these years, it’s our honor to welcome the McGuire family into the Disney+ family.”

Duff previously told of her excitement over having the chance to explore Lizzie's life as a grownup - and how her own personal experiences are helping her identify with the character more.

“Lizzie’s 30 now and I really like the idea of her waking up on her 30th birthday and being like, This isn’t where I thought I was going to be.

“My life has taken a few different forms and my moment wasn’t on my 30th birthday, but it was definitely mid-20s, with a kid, already being like, Oh, this isn’t going to look how I thought it was going to look.

"I really want to tap into that. She’s everyone’s best friend and what everyone loves about her is how relatable she is, so I really wanna go on that 30-year-old journey with everybody.”