Speaking about his time on Love Island, which was cut short after a recoupling last week, he referred to it as a "holiday" which didn't sit well with the presenter.

END_OF_DOCUMENT_TOKEN_TO_BE_REPLACED

The purpose of the show is for contestants to appear on it to search for love, not for a free holiday, but that's exactly how the 23-year-old felt about it.

Laura asked the former islander if there was anything he would have done differently during his time in the villa, which he replied: "No, I think I would have done it exactly the way I done it."

Alongside him was Amber Beckford, who was voted out of the villa alongside him, and she laughed along with his comments saying he was "chilled out."

Agreeing, Ikenna said: "Chilled out, relax and enjoy the holiday." 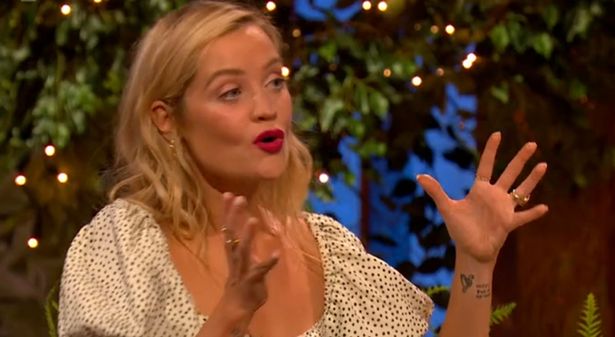 END_OF_DOCUMENT_TOKEN_TO_BE_REPLACED

The Bray native was having none of this, however, and called him out saying: "Hold on, wait a minute. It's not a holiday. You're in there to find love, not for a holiday."

Laura then cheekily followed up with as the audience laughed: "Did you get the memo on what Love Island is about?"

Ikenna's time in the villa was cut short after he was dumped in a double elimination last week when the public were asked to vote for their favourite boy and favourite girl.

END_OF_DOCUMENT_TOKEN_TO_BE_REPLACED

Being dumped alongside Amber, he had been in a couple with Indiyah, and Amber with Dami who have since seen their own romance take off.

Dami and Indiyah headed on their first date yesterday, with Indiyah describing it as "a fairy tale."

She told Dami: "I'm getting to know and I'm genuinely happy, like you make me laugh, you make me smile."

Indiyah later told the Beach Hut: "Like words can't really describe when I'm around him.

"I'm always laughing, I'm always smiling. It feels a little bit of like a crazy fairytale, which is so cringe but it feels good!"