The I'm A Celeb line up is here - and it's... interesting

The cast has finally been confirmed.

The line up of famous faces taking part in this year's I'm A Celebrity: Get Me Out Of Here has finally been revealed, and it's an interesting one to say the least.

The reality show returns to Virgin Media One at 9pm on Sunday 21 November and these 10 celebrities will no doubt have their work cut out for them as they come face to face with creepy crawlies and daunting challenges in Gwrych, Wales.

So, without further ado, here are the 10 celebs vying for the title of King or Queen of the Castle this year. 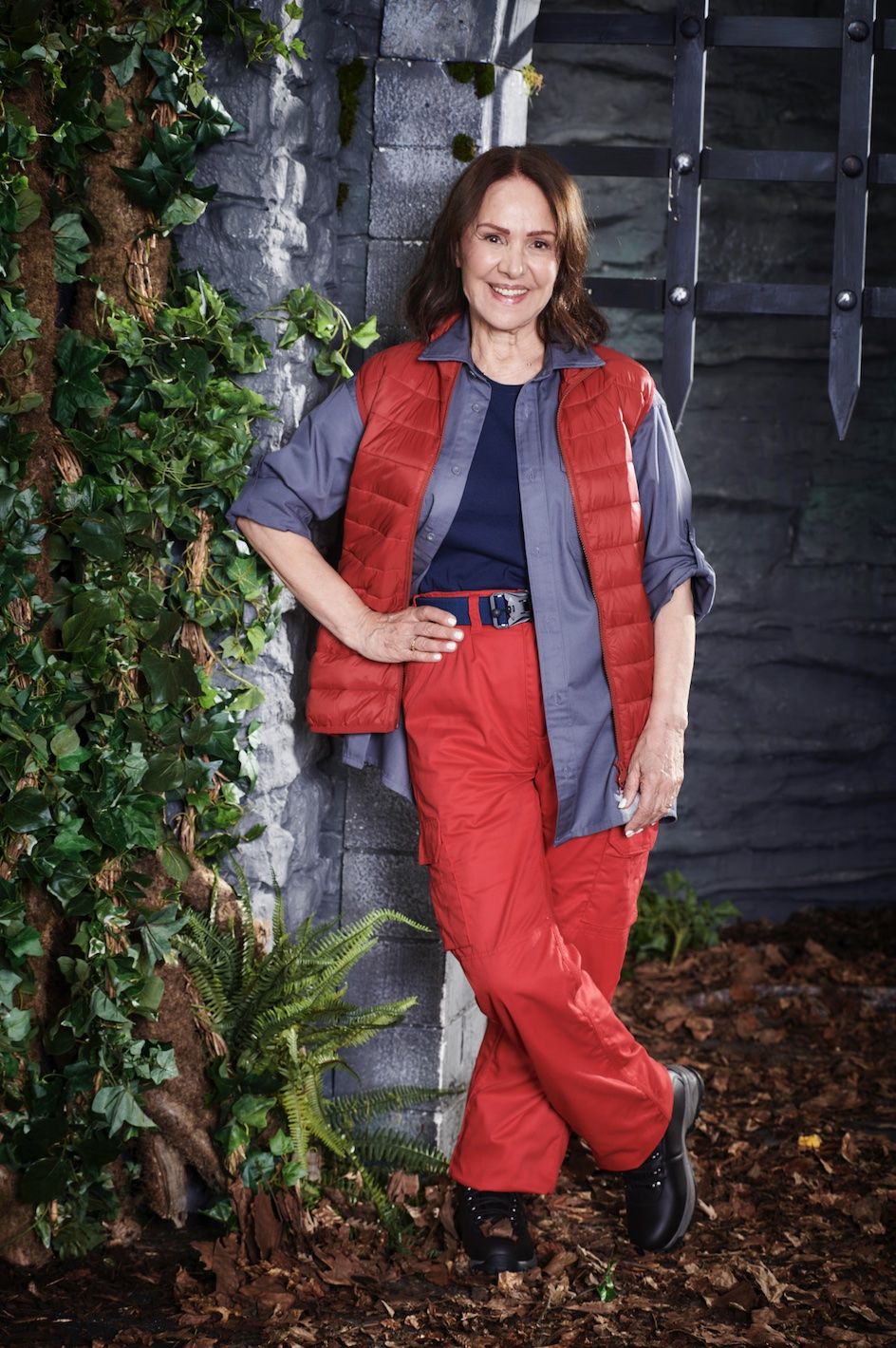 This former Strictly Come Dancing judge will be swapping sequins for spiders as she heads into the Castle.

Arlene said that while she can't believe she's taking part, she admires the bravery of all those who have done it in the past.

She said: "Everyone has loved the experience and told me how it has added something new to their lives and that is why I have said yes this year after being approached before." 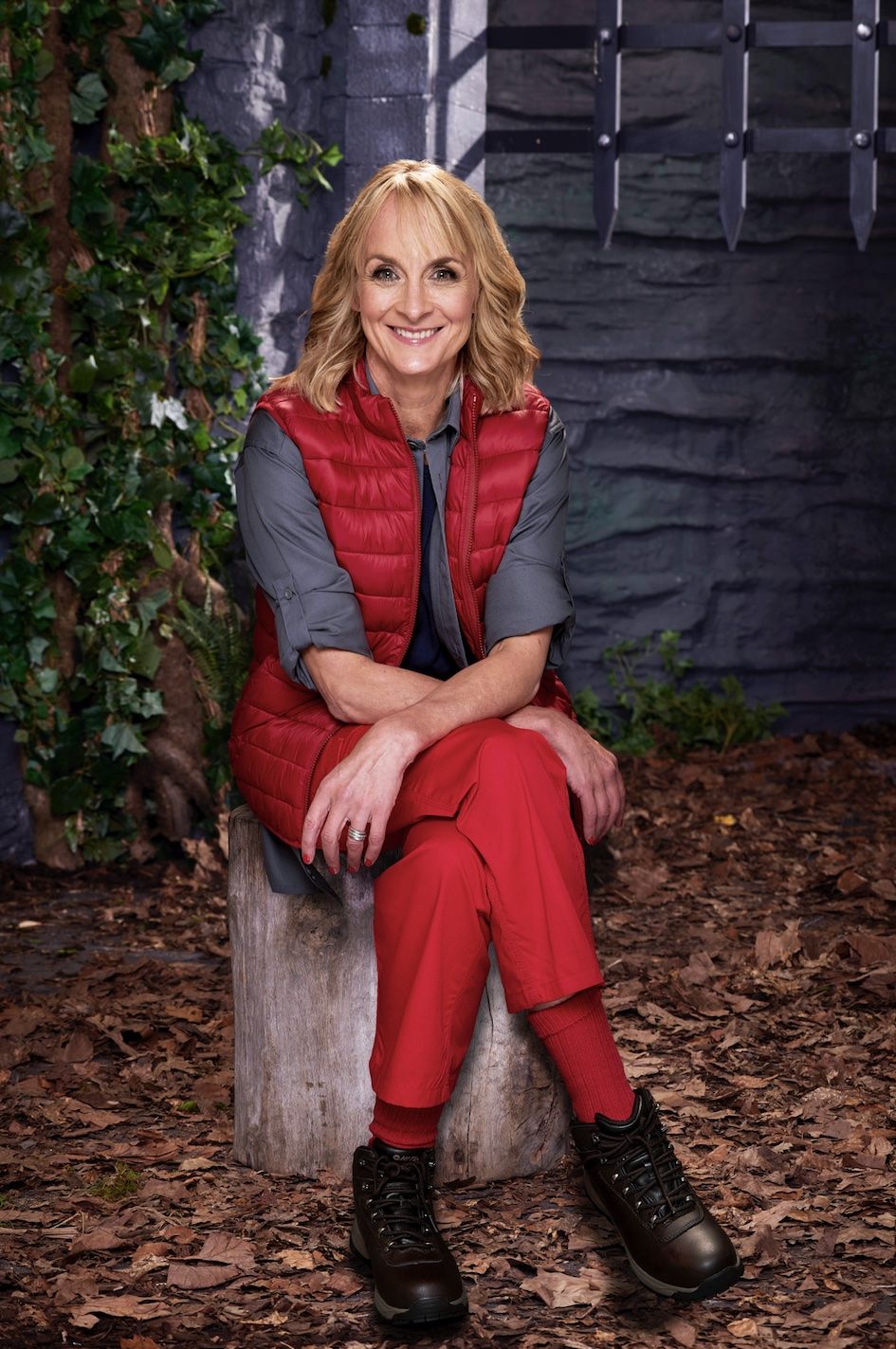 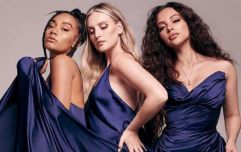 END_OF_DOCUMENT_TOKEN_TO_BE_REPLACED

Louise, a broadcaster and former host of BBC Breakfast is looking forward to showing her "fun side" while in the castle, though she admits the thought of "small, enclosed spaces" and cockroaches are "horrific".

In terms of her role in the camp, Louise will be giving out hugs and will be on hand to "make the food more edible". 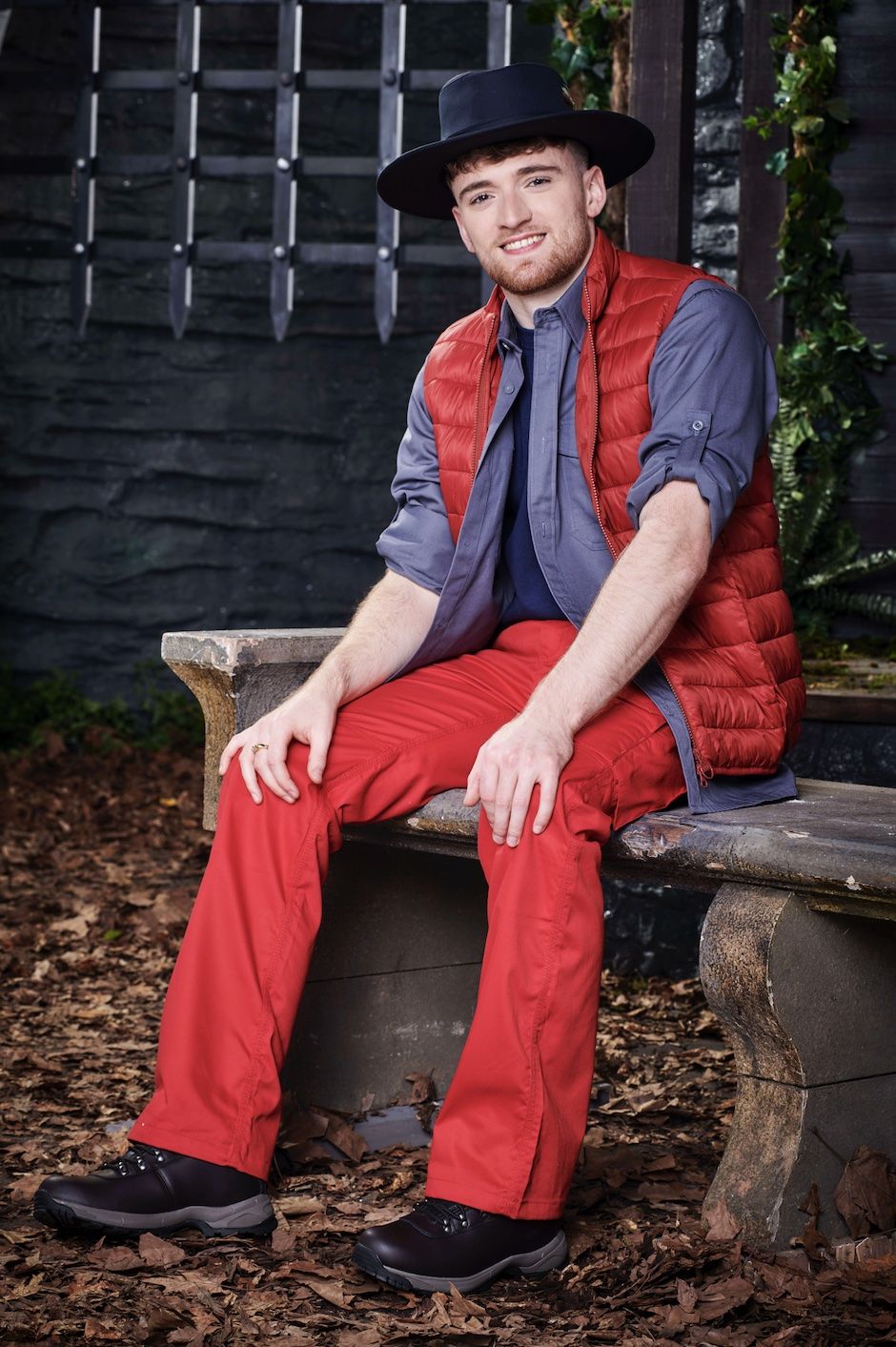 Olympic gold medalist Matty Lee hopes that I'm A Celeb will be a "nice opportunity" for people to get to know him better.

He is terrified of rats and said that the thing he'll miss the most will be his bed. 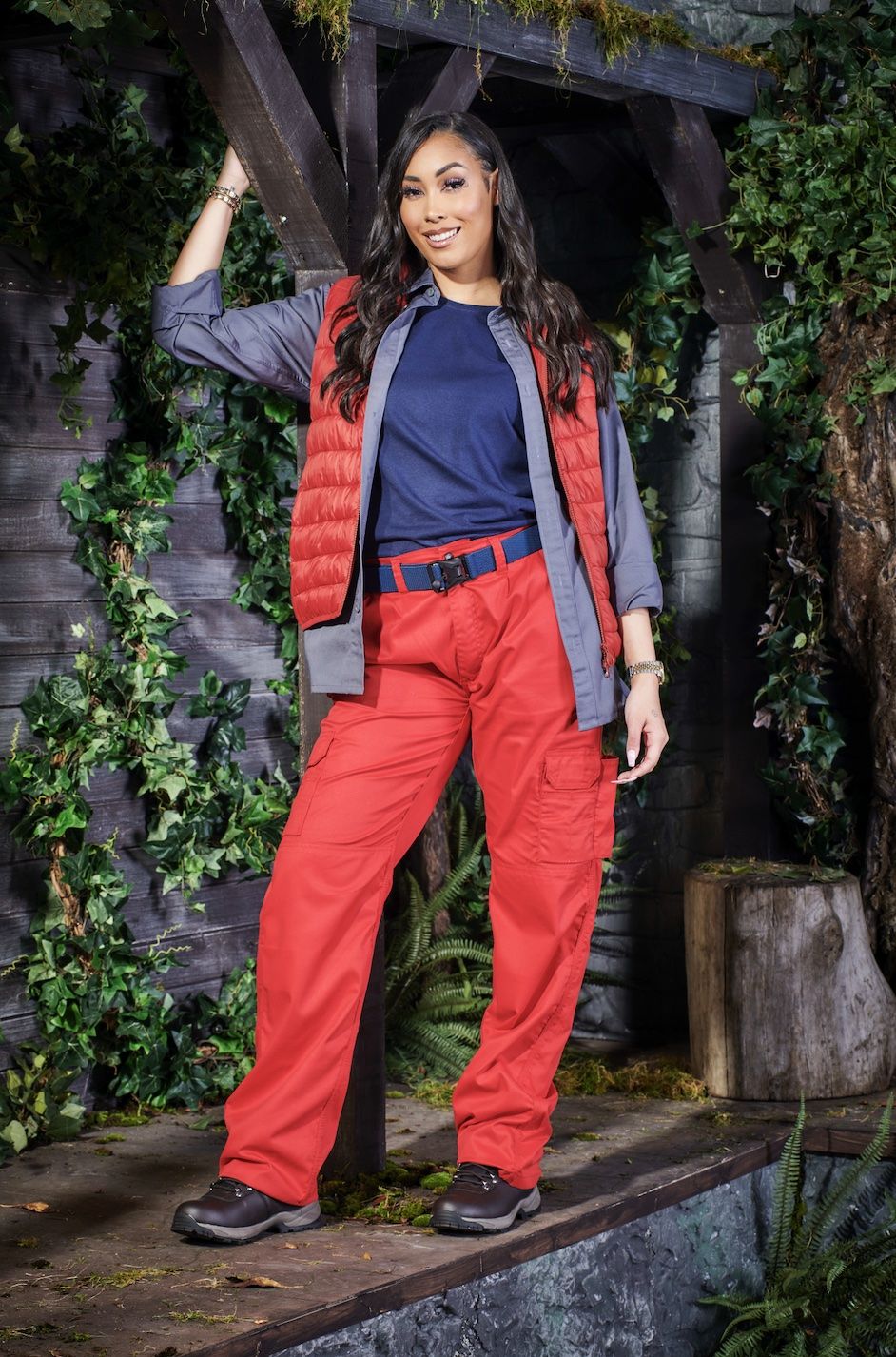 Radio 1 Xtra DJ Snoochie Shy is heading into the Welsh Castle this year, but admits to being afraid of bugs, heights and enclosed spaces.

As for her role in the castle, Snoochie hopes to teach everyone else how to twerk in their downtime. 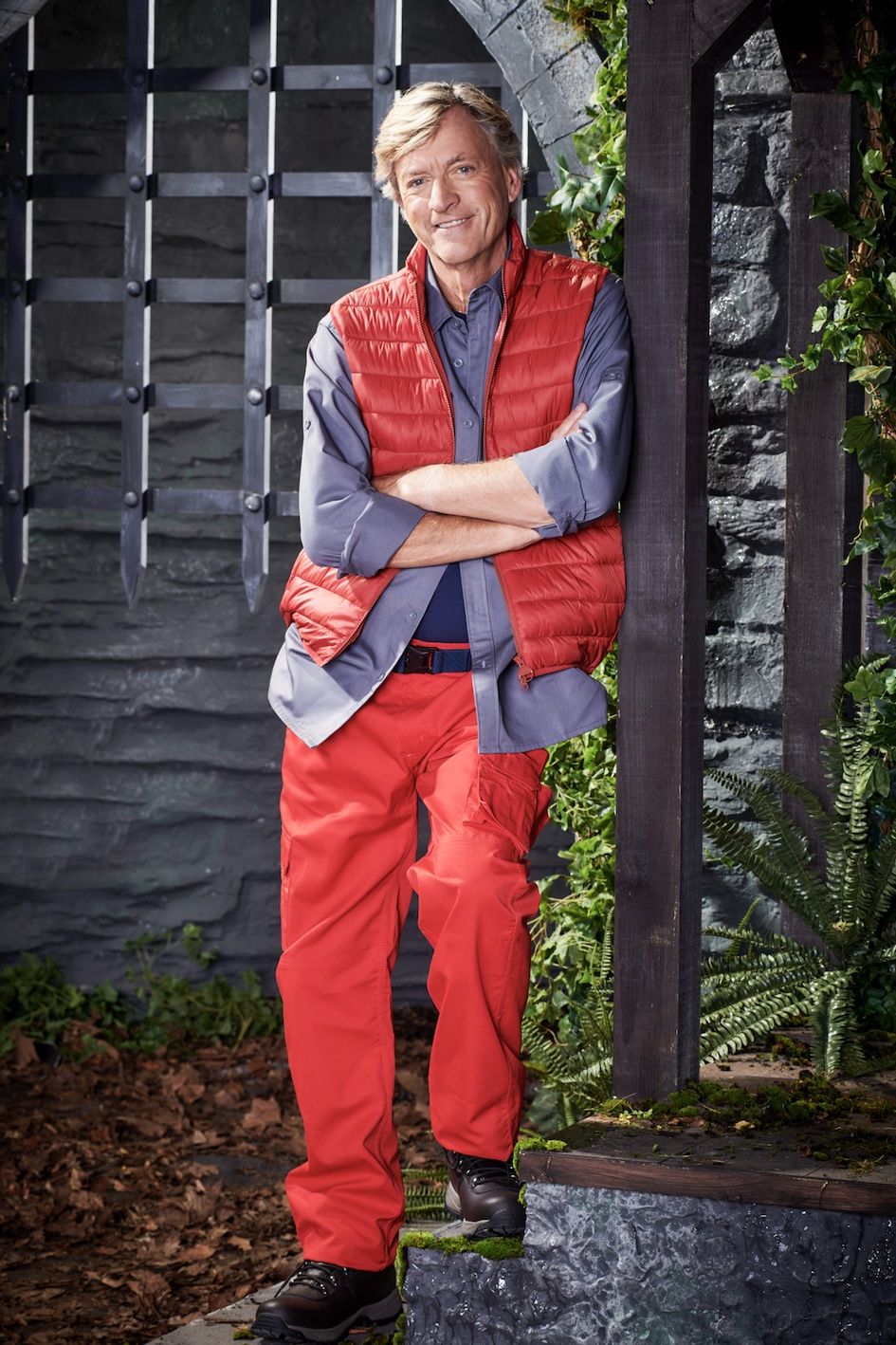 The TV presenter is next in the line-up, and isn't worried about dispelling any misconceptions people might have about him in the castle as he doesn't care "about what people think".

In terms of his role in there, Richard promises to act as cook, but also as "interviewer", which will no doubt be very helpful for all involved. 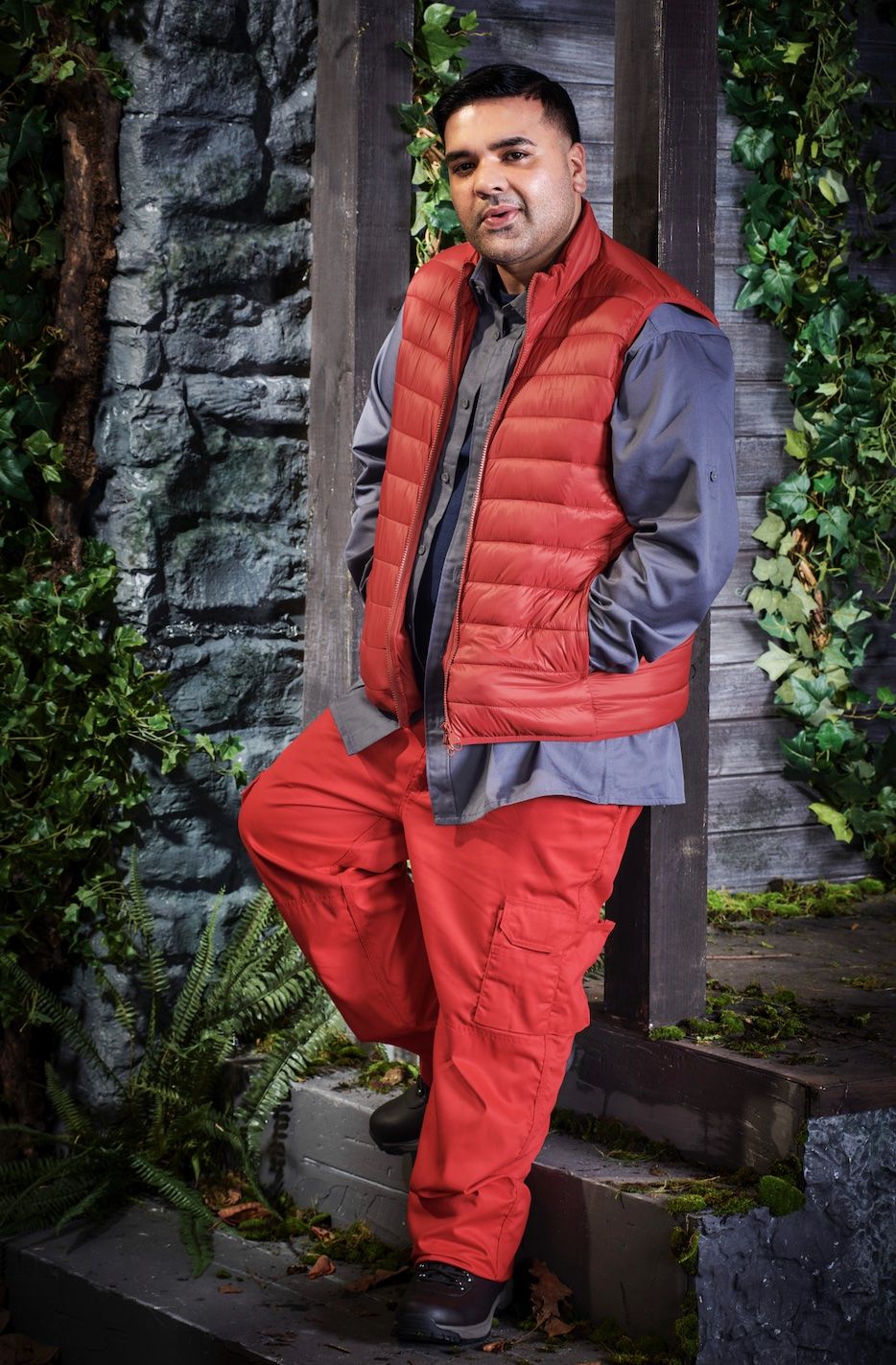 Music producer Naughty Boy is afraid of confined spaces and heights, but he is eager to give the trials a go and bring back some stars.

He'll miss his mum the most, but is looking forward to everyone getting to know the real Naughty Boy. 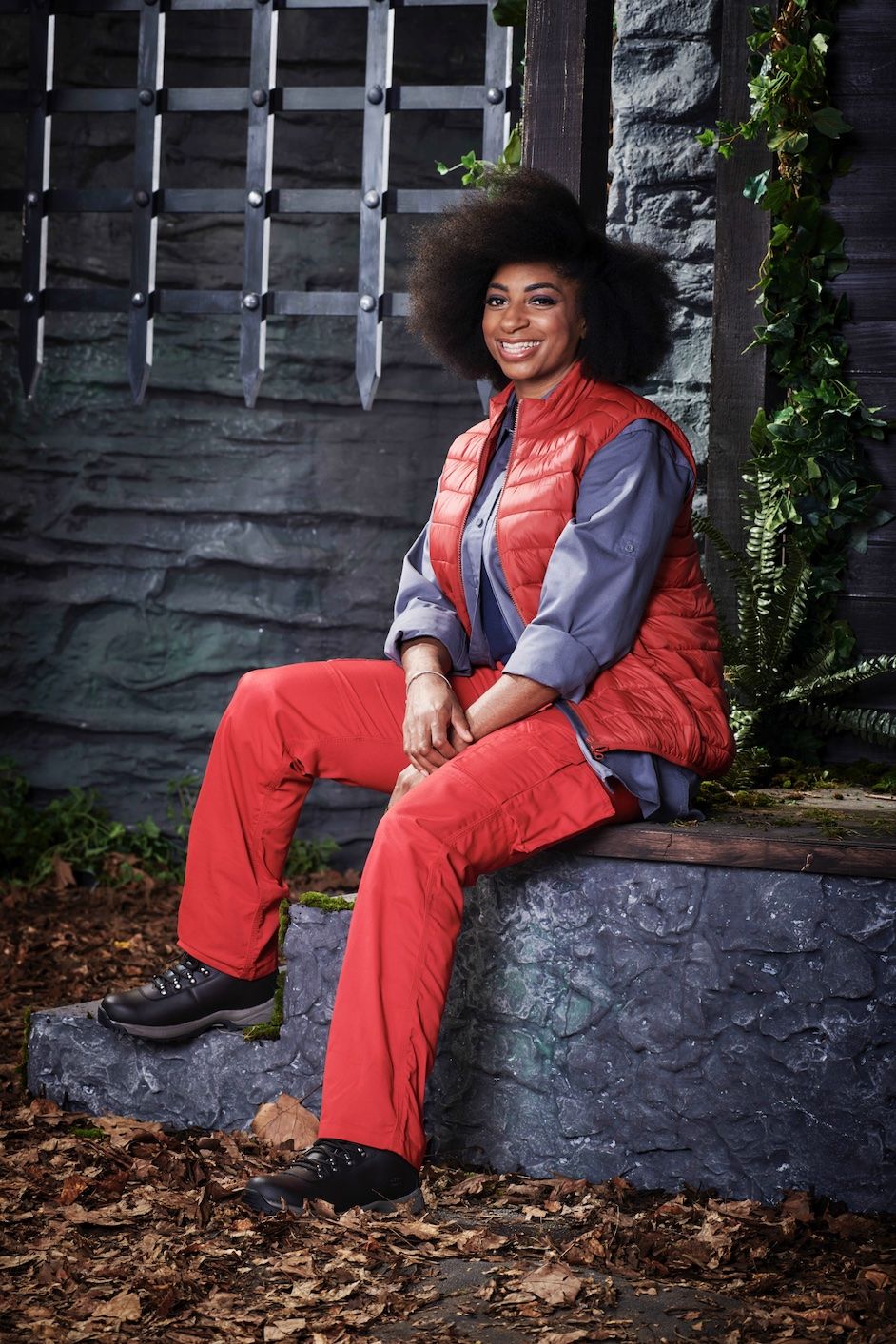 Paralympic Gold medallist Kadeena has a fear of snakes, rats, spiders and heights, but is looking forward to her time in the castle nonetheless.

She'll miss TikTok, her mum and her dog, but is happy to act as a chef in the camp, provided that there's not too much pressure to make the food interesting. 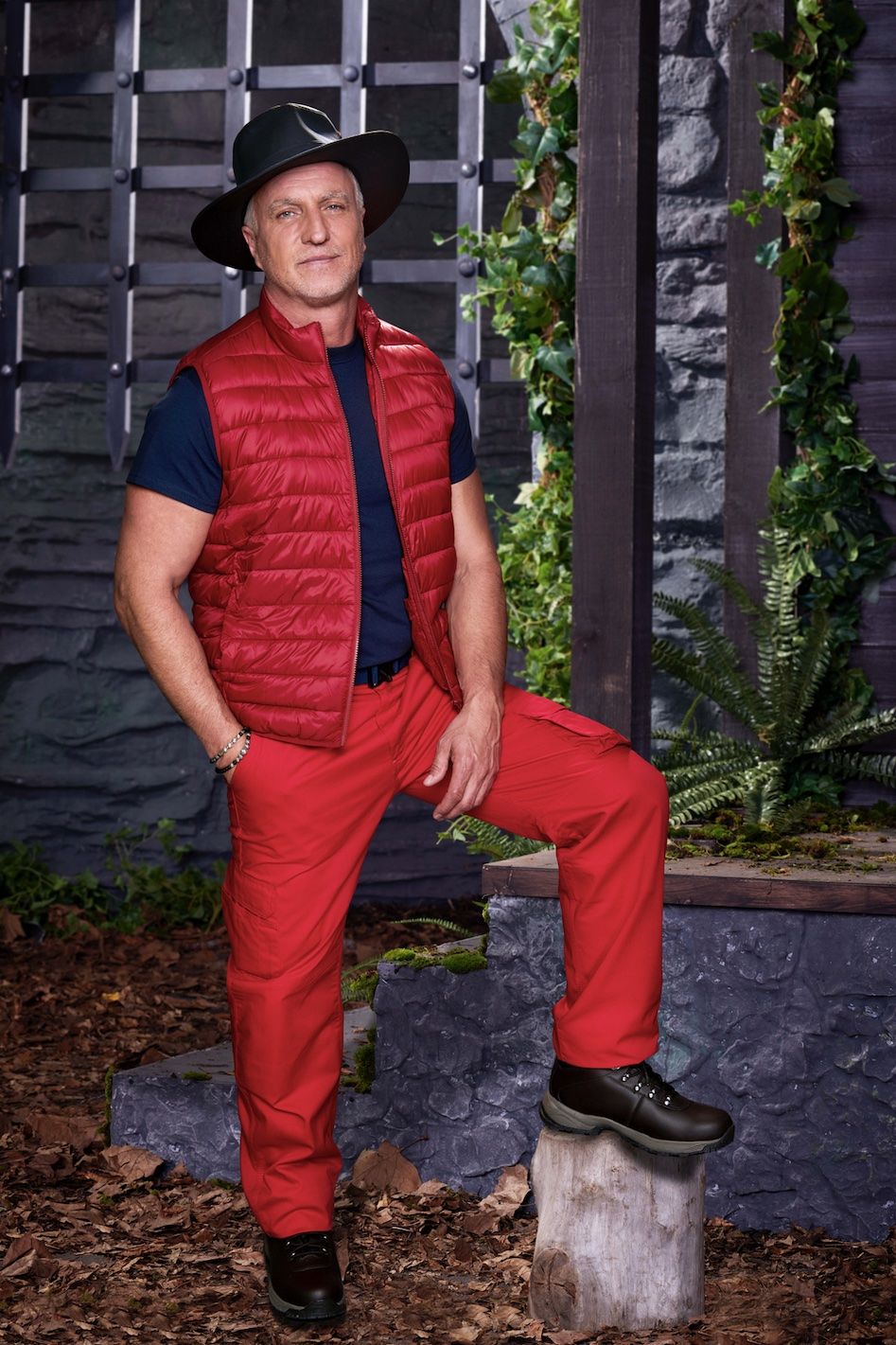 Football legend David is keeping tight-lipped about his phobias and won't reveal what he is afraid of until he gets into the castle.

He admits that what you see is what you get with him, but he'll miss his partner and his daughter the most. 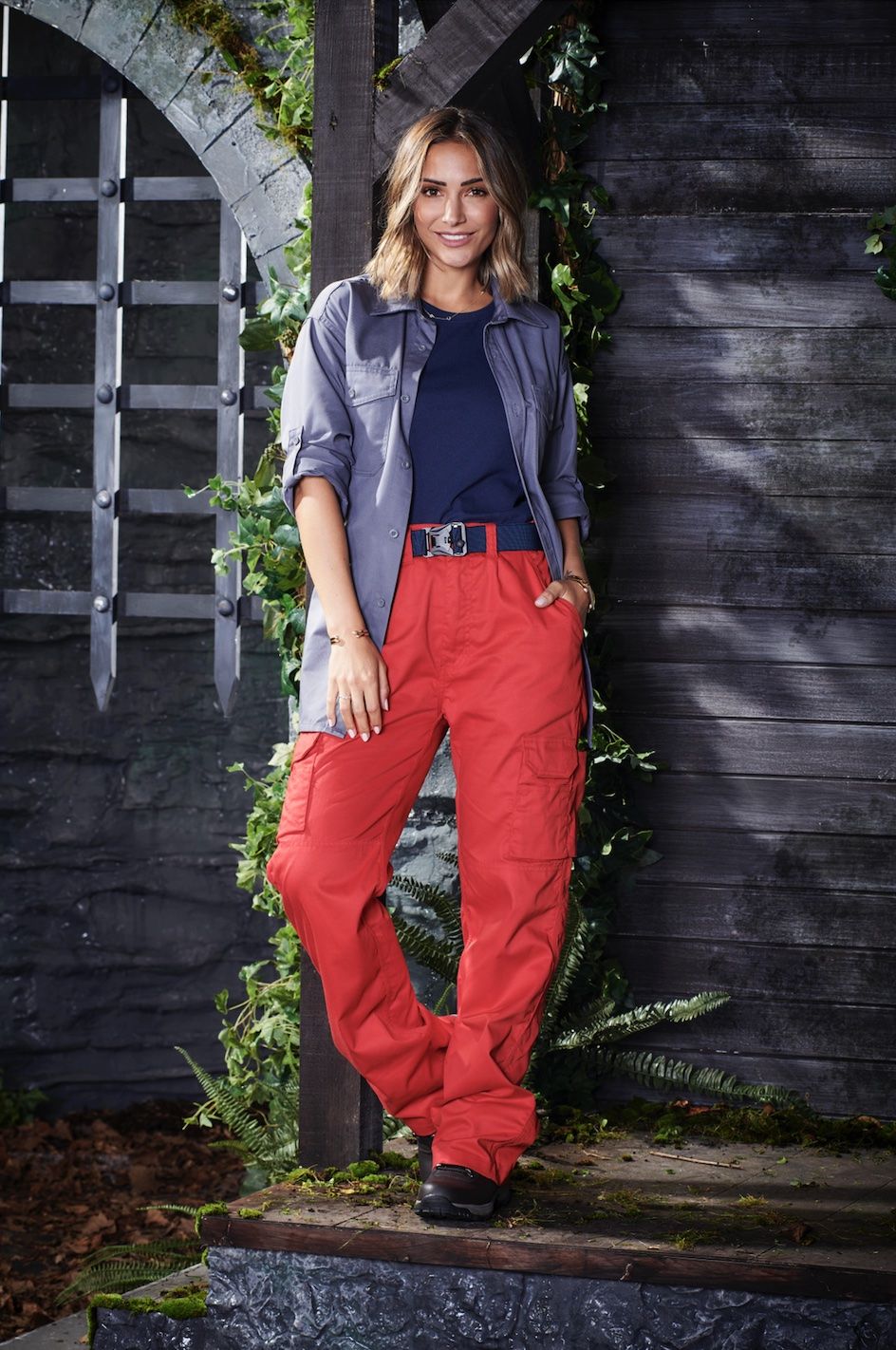 Pop star Frankie promises to be a "serial hugger" in the castle, and is "determined to muck in with all the chores".

She's afraid of spiders, rats and confined spaces and says that she'll miss her partner and her boys while she's away. 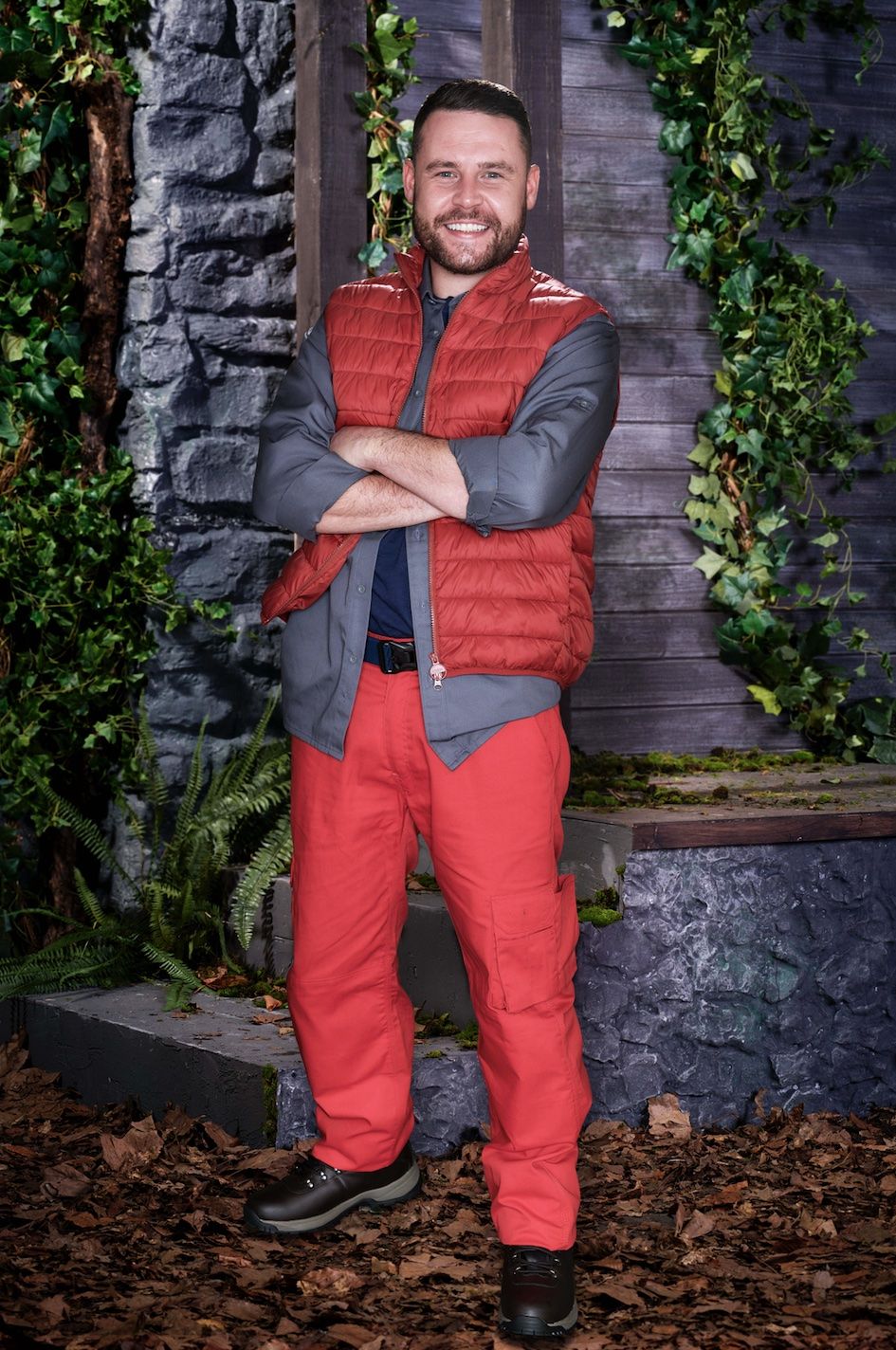 The last celebrity on our list is Emmerdale actor Danny Miller, who is keen to show the world how he differs from his soap character, Aaron Dingle.

Danny promises to be a shoulder the others can cry on, but he's said he's dreading the eating trials the most.

popular
Rob Kearney and Jess Redden arrive at wedding venue ahead of big day today
Irish man in his 20s dies after being kicked by a horse
Khloe Kardashian has JUST confirmed she is pregnant
Brother of Amber Gibson charged in connection with her death
Stacey Solomon mortified after walking around shop in see through leggings
Bake Off's Noel Fielding welcomes second child, names her 'Iggy'
These are the most popular baby names for 2021
You may also like
5 days ago
Dancing On Ice 2022 star Brendan Cole rushed to hospital after head injury
5 days ago
Strictly's John Whaite feels "reborn" after topping leaderboard with Johannes Radebe
6 days ago
Top 9 moments from the Toy Show we're still talking about
6 days ago
Intruder removed from I'm a Celeb castle after security breach
6 days ago
Shirley Ballas gives health update after scare spotted by fans
6 days ago
The internet can't deal with Ryan Tubridy's Toy Show opening
Next Page