Irish Love Island fans are reeling after last night's episode after it was announced at the end that two new islanders were on the way in, and fans would get to vote for who they went on dates with.

Like most UK based reality shows, Ireland is excluded from voting in these despite it being broadcast here. 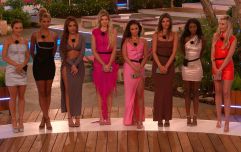 END_OF_DOCUMENT_TOKEN_TO_BE_REPLACED

For Love Island, voting takes place on the Love Island app, which is not available outside of the UK, so fans in the Republic are not given the chance to have their say.

Irish viewers have since taken to social media to beg producers to change the "unfair" rules and allow them to vote alongside the UK, especially since there is an Irish contestant.

One person said: "Why is the love island app still unavailable in Ireland."

Another wrote: "Petition to have the @LoveIsland app available in Ireland please. What's the point of Irish contestants if we can't vote #LoveIsland."

I wish we could have the #LoveIsland app in Ireland 🥺

Petition to have the @LoveIsland app available in Ireland please. What's the point of Irish contestants if we can't vote 🤔 #LoveIsland 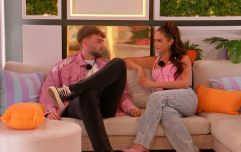 END_OF_DOCUMENT_TOKEN_TO_BE_REPLACED

A third wrote: "I wish we could have the #LoveIsland app in Ireland."

A fourth added: "Okay but when are the producers finally gonna let Irish people vote we are holding up the love island fan base #LoveIsland."

As the public now vote for which boy should be taking them on a date, Afia, a Lounge Host at a Private Members Club, said she tends to fall in love easily.

She said: "I fall in love quickly, too quickly, two dates I am like, ‘OMG I am obsessed with this boy, he’s everything'."

As for Ekin-Su, who works as an actress, she said she wants someone who is more than just looks.