Modern Love has landed on Amazon Prime and if you haven't yet, it's a must.

The anticipated first series dropped all 8 episodes on the streaming service late last month and so far, viewers are loving it.

Modern Love is based on essays written by people for the New York Times. Tales of love, loss, heartache, second chances, and accidental encounters.

END_OF_DOCUMENT_TOKEN_TO_BE_REPLACED

Each episode is based loosely around one essay with a different cast starring in each story.

All the episodes, similar to all the essays are based in New York and are approximately 30 minutes making it seriously easy (too easy!) to binge-watch the series in one night.

From Tina Fey to Anne Hataway, the cast doesn't disappoint but if you want to sample the fruits of their latest work for yourself, I suggest you watch them in this order.

1. Episode 1 - When the Doorman Is Your Main Man

END_OF_DOCUMENT_TOKEN_TO_BE_REPLACED

I've watched this specific episode three times and each time I love it a little more. Unlike other episodes, this one isn't based on the typical kind of love between a couple but more so on an unsung friendship between a woman and her doorman, Guzmin. Starring Cristin Milioti and Laurentiu Possa, we promise you'll be reduced to tears in the best way possible. 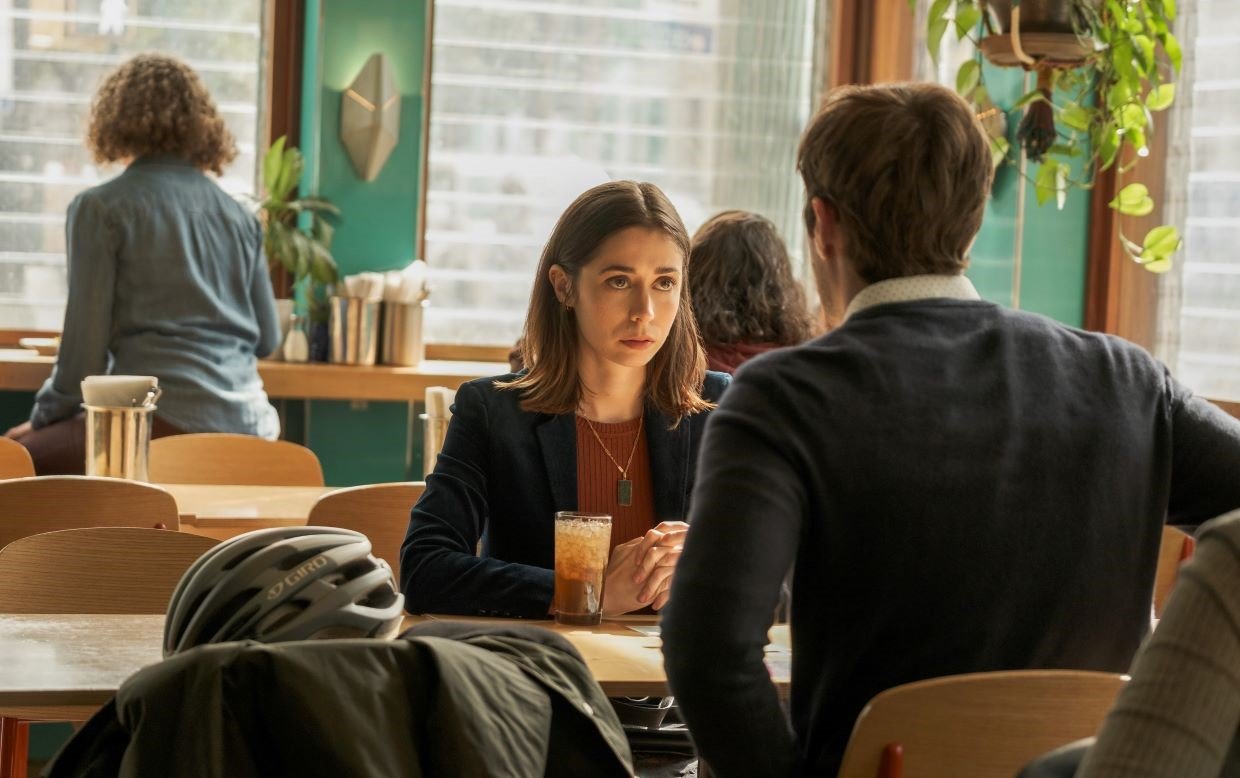 A gay couple decides to take the next step in their relationship by planning to adopt a baby. However, the road to the baby's arrival isn't easy - full of unexpected turns that lead to them realising they wouldn't have it any other way.

Spoiler - this episode stars a cameo appearance from Ed Sheeran. 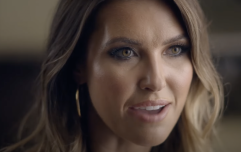 END_OF_DOCUMENT_TOKEN_TO_BE_REPLACED

Anne Hathaway, in my opinion, gives one of her best performances in this short but beautifully created episode. It explores mental illness and Bipolar Disorder by taking you on the difficult journey of dating as someone suffering from the disease. Using dexterity and care, this episode gives you as much as it can in 30 minutes. 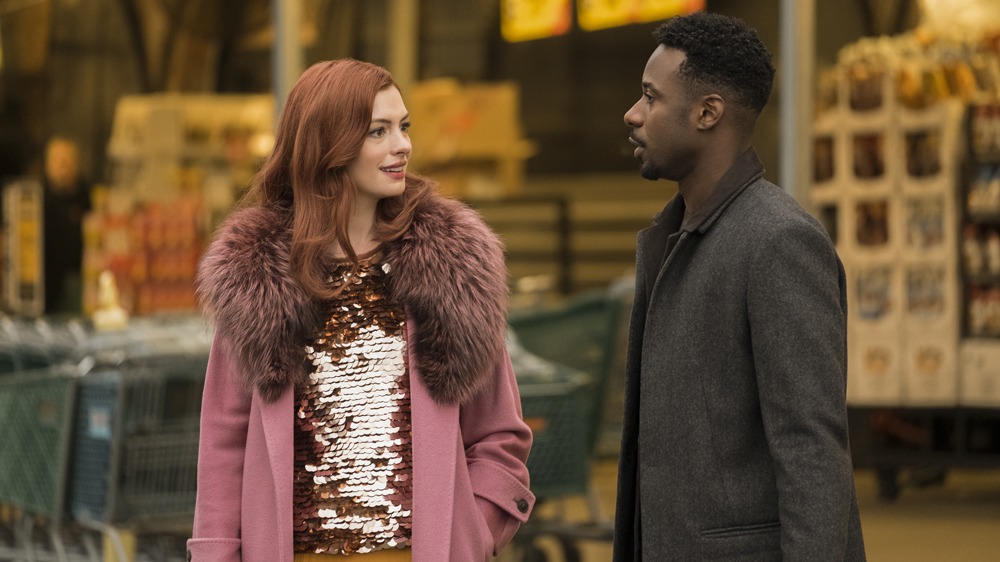 4. Episode 2 - When Cupid is a Prying Journalist

I loved this essay and so, I was happy to see the episode do it justice.

"Have you ever been in love?" the question which takes you through two different tales of love, all spurred from an interview between a hot-shot CEO and a journalist. Dev Patel and Catherine Keener are the unlikely duo I want to see more of.

Plus, as everyone is saying on Twitter, we need more of Dev Patel in rom-coms, please.

Oh, Tina Fey, you can do no wrong. I don't know would I have liked this episode as much if she didn't star in it. Based around a couple who feel they've lost the spark, the conversation and the love in their relationship when it's not about their kids, it follows them as they try to reconnect. Not a bad episode, not the greatest either, the ending jumps forward quite quickly.

6. Episode 5- At the Hospital, an Interlude of Clarity

I liked the overall idea of this story, the atmosphere they created for a stellar love tale but, I found it kind of fell short. Although it made me laugh at times, I lost interest in parts which isn't great given its only 32 minutes long.

I think the cast was also wrong here, Sofia Boutella - not my choice. 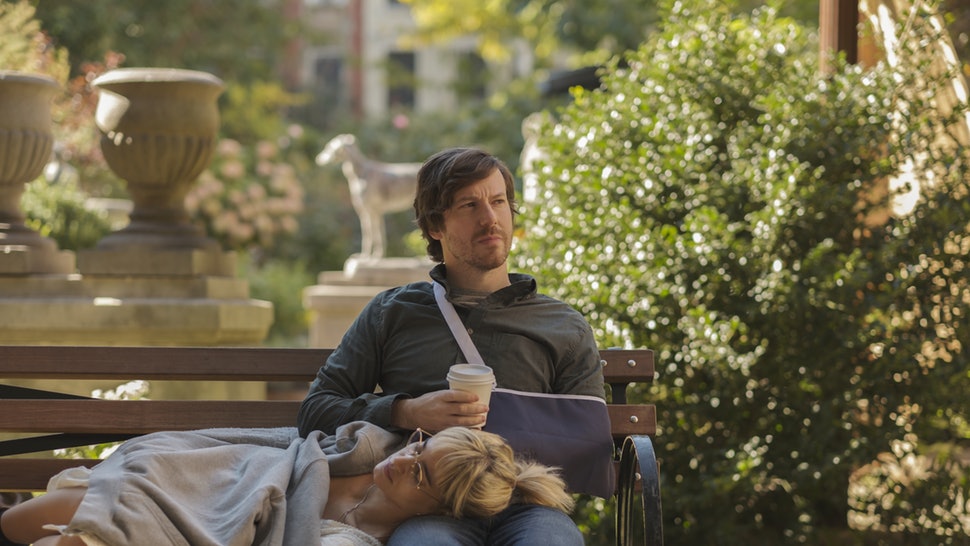 If this episode was to make the viewer feel uncomfortable, it succeed in that. Like, honestly, all I kept thinking was "there were so many better essays you could have picked why Amazon, why?"

Following a young woman who becomes emotionally involved with her boss - he thinks it's a relationship, she sees him as the dad she's always yearned for, wires get crossed and yeah, it's the only episode that left me disappointed.

8. Episode 8 - The Race Grows Sweeter Near its Final Lap

I LOVED this beautiful episode but, I had to leave it until last because, in a Love Actually-esque moment, it shows all the previous episodes interlocking to make it appear like one day in New York.

There's a brief tale about the power of falling in love no matter what age you are at the beginning before all the episodes come together to show you how love stories are being created every single day all around us. 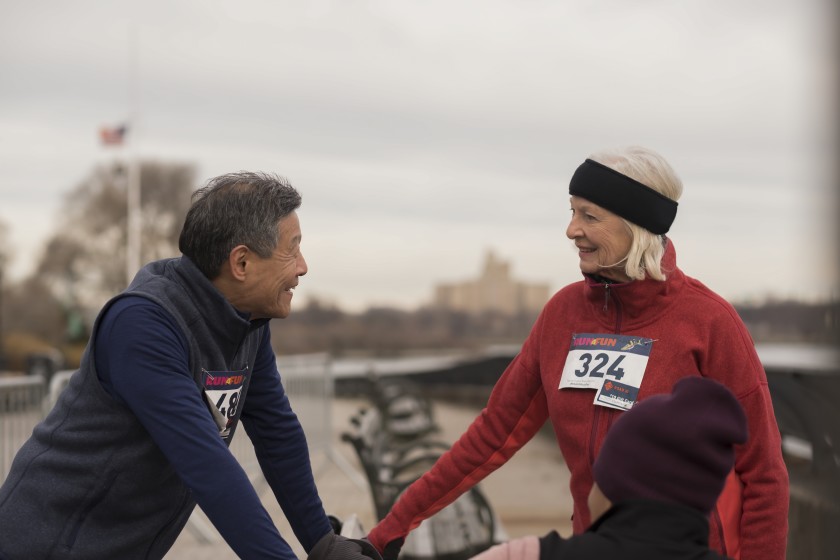 All in all, as the hopeless romantic I am, Modern Love has me yearning for a second series, there are so many more essays I want to see brought to life and there's so much more to tell.

If you're looking for something to watch this weekend be it alone, with the girls or your lover, throw this on the box.

popular
Netflix's true crime series Sins of our Mother is seriously insane
Why Are Men so Obsessed With Boobs? The Answer is Pretty Surprising...
So, William and Harry have a step sister... and who knew?
Dyson's new limited edition hair tools is our Christmas list sorted
Smyths issues warning to parents ahead of Christmas
Brian O'Driscoll brings the wrong dog home from the groomers
Riverdale actor Ryan Grantham charged with murder of his mother
You may also like
1 week ago
The Handmaid's Tale confirmed for a 6th and final season
2 weeks ago
Netflix reveals full list of scary shows and movies arriving between now and Halloween
2 weeks ago
Gemma Owen reportedly set to star in show about footballers' daughters
3 weeks ago
Here's what's coming to Netflix in September
4 weeks ago
Channel 4 to air controversial musical about Prince Andrew
1 month ago
WATCH: The extended trailer for The Handmaid's Tale season 5 is here
Next Page