Another week, another episode to delve into.

*Spoilers ahead for episode 3 of And Just Like That...

END_OF_DOCUMENT_TOKEN_TO_BE_REPLACED

And Just Like That... episode three is now streaming on NOW, and just like the last two, it had us gripped.

In the aftermath of that death, we see Carrie getting on with life, or at least trying to, that is until she gets another big surprise.

As she is being read the will with the help of Miranda, we discover that $1 million has been left to none other than Natasha Naginsky.

With a million and one questions swirling around her head, Carrie returns to her chaotic self trying to find answers and figuring out if her late husband had been in touch with his ex or not.

END_OF_DOCUMENT_TOKEN_TO_BE_REPLACED

After trying to reach out to Natasha for answers, Carrie bumps into her in a coffee shop by chance, and all is cleared up... but Carrie is still Carrie, and even that can't calm her as she creates scenarios of what might have been. 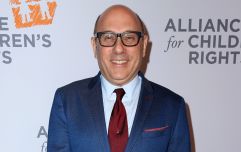 END_OF_DOCUMENT_TOKEN_TO_BE_REPLACED

Charlotte's daughter Rose reveals to her mum that she doesn't feel like a girl, and with this newfound information, Charlotte is left searching for ways to ensure she approaches this in the right way.

Giving way to a trans or non-binary based storyline is something we all would not only love to see, but it's so important to be given representation to in a series like this, as long as it is handled in a respectful way.

As well as this, we see more of Che and Miranda's potential relationship and a crush that seems to be emerging.

As much as I love Steve, Miranda has revealed that their marriage isn't what it used to be, and in the first season of Sex and The City, you might remember her going on a date with a woman.

Fluidity has never seemed to be a topic the show has openly discussed, but now could be the chance - and seeing Miranda exploring her own sexuality as a woman in her 50s is an incredible storyline, even if it means poor Steve is left heartbroken.

You can watch episode three of And Just Like That... with a NOW Entertainment Membership.