Since winning Love Island on Monday evening, Liam and Millie have begun discussing their future together, and they've already hinted at the possibility of tying the knot.

When asked about the next step, Millie said: "The proposal is going to have to be massive."

END_OF_DOCUMENT_TOKEN_TO_BE_REPLACED

The Welshman also said that he would be up for moving to Essex to be closer to Millie in the near future.

He said: "I love where I’m from but I would like to venture off and move to somewhere new and Essex seems like the perfect place really."

Millie welcomed the move, but said that they would like to have time apart for a short while. 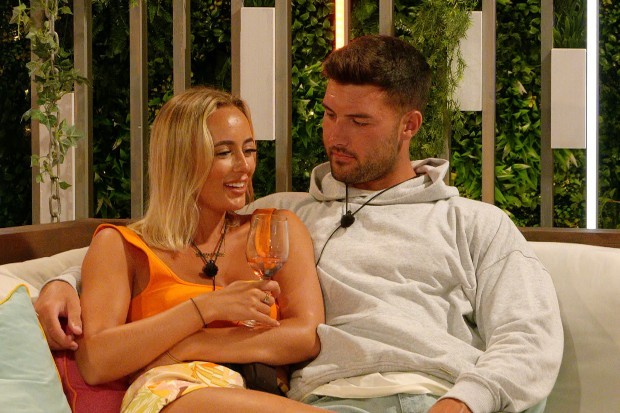 While it might not sound like the couple will be moving in together anytime soon, they have discussed the possibility of having children.

END_OF_DOCUMENT_TOKEN_TO_BE_REPLACED

Liam said: "To have children one day is a dream, it’s something I really want and with someone I love.

"I said I wanted three children, I think Millie feels the same. I’ve had an amazing upbringing myself, my family being so loving, I just want to give that to my children."

Millie agreed, saying: "We're both very family oriented, we both want kids. We both want to get married."

popular
Goodbye, clutter: This 30-day challenge will help organise your entire life in one month
Someone has ranked the penis size of men from all over the world
You stars Victoria Pedretti and Dylan Arnold spark romance rumours
Why Are Men so Obsessed With Boobs? The Answer is Pretty Surprising...
Forensic officers continue search for missing 4-year-old Cleo Smith
Here Are The Top 20 Most Common Pin Codes in The World
This is how much 91-year-old Queen Elizabeth drinks every day
You may also like
1 week ago
Molly-Mae Hague says she was a "mess" after endometriosis surgery
1 week ago
James Lock confirms relationship with Love Island's Megan Barton Hanson
2 weeks ago
Molly Mae Hague admits she's desperate for Tommy to propose
2 weeks ago
Jack Fincham says he attempted suicide after Love Island
3 weeks ago
Molly-Mae Hague needs a second surgery to treat her endometriosis
3 weeks ago
Love Island’s Jake reveals he no longer speaks to any of the girls from the villa
Next Page