Home and Away is well-known for its dramatic storylines and ridiculous plotlines but one thing has stayed true for the duration of the soap, Alf's brilliant one-liners.

However, Alf Stewart, probably the soap's most-loved character will be left fighting for his life as scenes from the TV drama show.

The episode, set to air in Australia this week, shows that Alf falls down a dangerous sinkhole and there's no one around to save him. 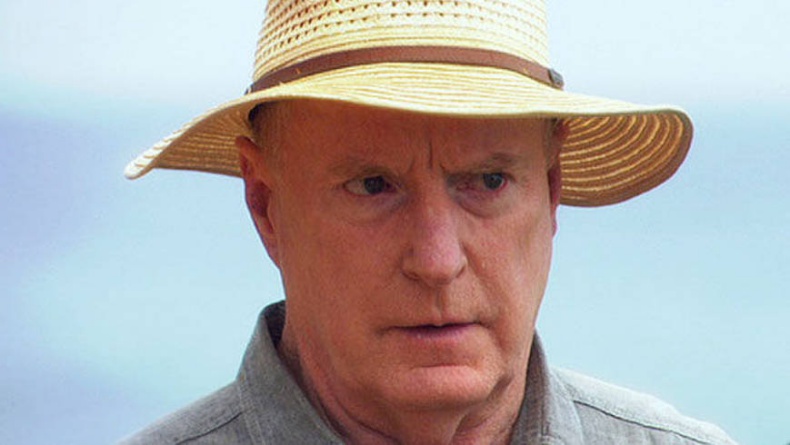 END_OF_DOCUMENT_TOKEN_TO_BE_REPLACED

The accident happens near the local school but no one seems to know how or why the hole appeared.

At the time of the accident, Leah Patterson and Ryder, Alf's grandson, question his whereabouts while waiting for him at the diner and here's hoping this is enough for them to raise the alarm.

As fans of the show will know, Alf had a heart attack in 2016 and rumours suggest that this latest scare could spell the end of the road.

Here's hoping he pulls through because the show just wouldn't be the same without Alf!

popular
Forensic officers search home of missing 4-year-old Cleo Smith for a third time
The most popular baby names in Ireland have been released in Statistical Yearbook 2021
You stars Victoria Pedretti and Dylan Arnold spark romance rumours
Channel 4's Breastfeeding My Boyfriend doc criticised for contributing to stigma
More and more women are reporting being spiked on nights out
Apparently, THIS is the reason why Louise Redknapp split from Jamie Redknapp
Police in US deny Brian Laundrie DNA rumours
You may also like
3 months ago
Hope is missing from Virgin River season 3 - here's why
2 years ago
Tonight's episode of The Rotunda will have you in tears
2 years ago
Did you spot this massive Phoebe mistake in the first episode of Friends?
3 years ago
This is what First Dates' barman Merlin Griffiths does in real life
3 years ago
Love Island's Eyal linked to a contestant from last year's show
3 years ago
Nick left Home and Away 15 years ago and OMG, would you just look at him now
Next Page