We didn't know she had her own show.

Lily Allen has denied that she was interested in James Corden after a nine-year-old old clip of the pair together surfaced online.

The singer was interviewing James on a BBC3 show in 2008 during the time when Gavin and Stacey was first on TV.

During their chat, they appear to flirt with one another.

At one point, Lily accuses James of trying to throw her off with his "dazzling eyes", before her replies, "I don't think you know how lovely you are."

You can check out the interview here. 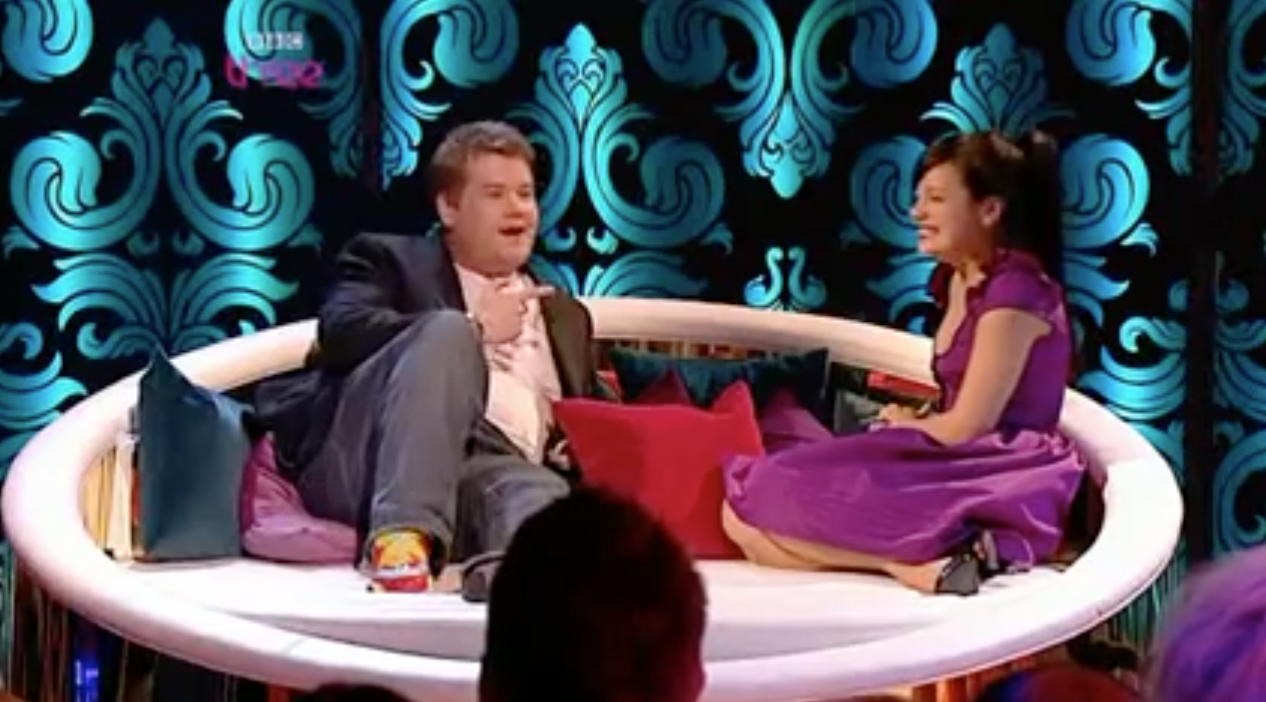 She claimed she'd have been branded "cold or up myself or snobbish" is she hadn't entertained the actor.

For his part, James has not responded to the Twitter furore.

popular
Fleetwood Mac's Christine McVie has died aged 79
Jill Scott admits she gave Owen Warner extra food at meal time
Gwen Stefani reportedly pregnant with baby number four
Confirmed! Kylie Jenner And Jaden Smith Are Officially A Couple
The trailer for Channel 4's Vardy V Rooney: A Courtroom Drama has dropped
"Thunder Only Happens When It's Raining, Players Only Love You When They’re Playing" - 10 Of The Greatest Fleetwood Mac Song Lyrics
Revealed: The Most Dangerous (And The Safest) Places To Live In Ireland
You may also like
4 weeks ago
James Corden says he didn't realise he told a Ricky Gervais' joke
1 month ago
James Corden recalls father's advice after "rude, rude comment" to restaurant staff
1 month ago
James Corden describes restaurant drama as "silly"
1 month ago
James Corden apologises after being abusive to restaurant staff
7 months ago
James Corden announces he's leaving The Late Late Show
1 year ago
Prince Harry praises Netflix's The Crown, says it's "loosely based on truth"
Next Page