Ed Sheeran is notoriously private when to comes to his personal life but it looks like he may have dropped a serious hint that he's gotten married.

The singer has been spotted with a ring on his wedding finger, just over a month after announcing his engagement to girlfriend Cherry Seaborn.

Ed played the War Child gig in London, where some eagle-eyed fans spotted that he had on a thick gold band on his left hand.

He hasn't confirmed anything yet, but that hasn't stopped fans speculating only that he's already tied the knot in secret.

Ed Sheeran might married already. Lmao he weared ring on his left hand. I CAN'T

It's not actually the first time Ed's been seen wearing what looks like a wedding ring, though.

Photos taken in New York earlier in the month show him with a ring too. 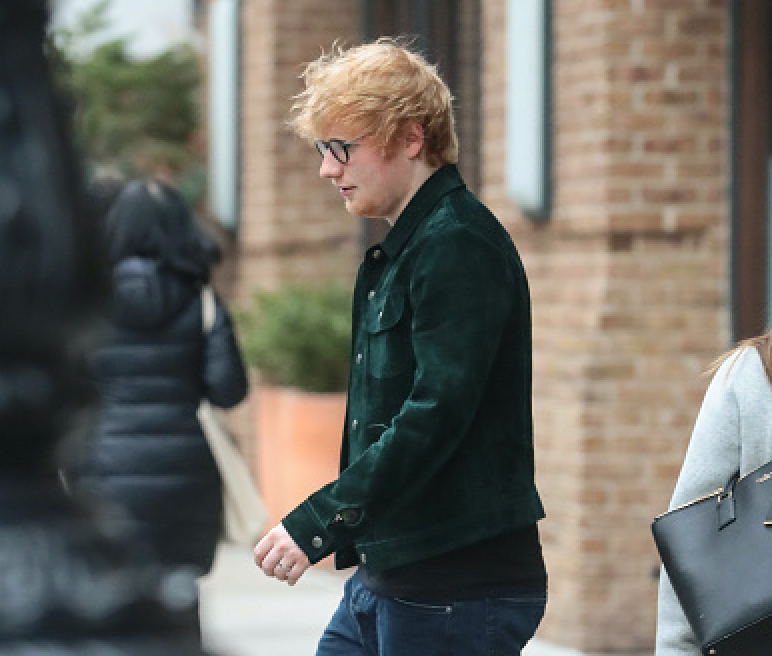 Ed and childhood sweetheart Cherry shared the news of their engagement on his Instagram page in January.

"Got myself a fiancé just before new year," he wrote.

"We are very happy and in love, and our cats are chuffed as well."

The pair went their separate ways after school, with Ed pursuing music and Cherry heading to North Carolina to undertake a degree in molecular biology, reports the Mirror.

They reconnected when Ed took a year out of music to go travelling in 2015 and ended up visiting her in the US.

The pair quickly fell for one another and after months of going long-distance, Cherry moved back to the UK in 2016 to be with Ed.

Working for in advisory for a major finance company, she transferred from its New York office to London.

"This has been the first time I’ve ever actually had the time to fall in love properly," Ed has said of his relationship with Cherry.

"I’ve always got into relationships very passionately — I’m a redhead and also Irish."

popular
Kanye to give Kim Kardashian $200k in child support every month
Fundraiser set up for boy attacked by pit bull in Wexford
Balenciaga is suing production company following offensive ad campaign
The trailer for Channel 4's Vardy V Rooney: A Courtroom Drama has dropped
Olivia Wilde struggling after Harry Styles break-up
"I've got nothing to hide": Ekin-Su confronts Davide over afterparty video
Fair City star Jenny Dixon shares her twins' gender in sweet video
You may also like
1 day ago
Pete Davidson and Emily Ratajkowski snapped together in public amid dating rumours
6 days ago
Love Island's Chloe and Millie have moved in together after splitting from Toby and Liam
1 week ago
Carl Woods confirms break up from Katie Price
1 week ago
Kourtney Kardashian explains why she kisses Travis Barker....like that
2 weeks ago
Paul Mescal details "rude" interaction with fan
2 weeks ago
The Bold Type star Katie Stevens expecting first child
Next Page