Mary Berry Has Been Tipped For A Major New Project

Great British Bake Off judge Mary Berry has been tipped to take on the hosting duties of an American series of the popular baking programme.

According to reports, the popular judge is in talks with ABC and we've got to say, we think it'd be brilliant! 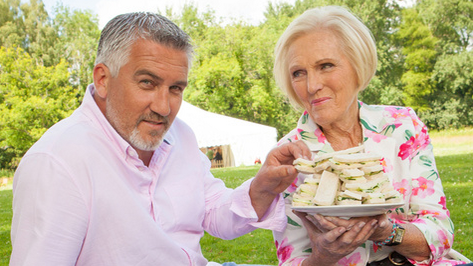 END_OF_DOCUMENT_TOKEN_TO_BE_REPLACED

“Hollywood is so obsessed with age, so it’s a massive achievement for Mary that a big broadcaster wants to take a chance on her at 80,” a source said to The Sun.

“Bosses at ABC believe Mary is the secret ingredient that the first US version of the show was missing.

“They’re about to start over here and there has even been talk about using the same marquee for filming.”

popular
These are the top baby names for 2022
Man charged in connection with Ashling Murphy's murder
Teen who pushed girl “head first” under Dart to face trial in adult court
People are only realising Kendall Jenner and Gigi Hadid are related and the reactions are gas
Taxi driver who dropped missing woman Bernadette Connolly off comes forward
Here are the Covid restrictions that may be lifted as early as next week
Fans convinced Love Island's Chloe inspired new Kanye track
You may also like
2 months ago
Bake Off fans heartbroken after fan favourite leaves the tent
1 year ago
Prue Leith is 80, people are shocked
2 years ago
Queer Eye’s Jonathan Van Ness teases that he's in the running to be the new GBBO host
2 years ago
'Tom without Jerry' Noel Fielding devastated as Sandi Toksvig quits GBBO
2 years ago
Sandi Toksvig has quit the Great British Bake Off after hosting the show for two years
2 years ago
There's a Derry Girls/Great British Bake Off crossover going down this Christmas
Next Page