Ahead of his 80th birthday this weekend, President of Ireland, Michael D. Higgins will appear on tonight's episode of The Late Late Show.

Ryan Tubridy filmed an interview with the President earlier this week at Áras an Uachtaráin. 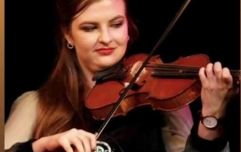 END_OF_DOCUMENT_TOKEN_TO_BE_REPLACED

According to RTÉ, Higgins will share his hopes for the future of the country.

Other guests on tonight's show include Imelda May, Kathy Bates and Johnny Sexton.

May will provide musical entertainment with a performance of Don't Let Me Stand On My Own with Niall McNamee. The track comes from her latest album 11 Past the Hour.

On top of that, The Late Late Show will debut the latest collaboration between The Cranberries' Noel Hogan and actress Bronagh Gallagher. The duo will perform their track Crybaby.

American actress Kathy Bates, meanwhile, will share all the details about her upcoming film The Miracle Club. The Misery star will play a Ballyfermot woman in the film, which is set in Dublin. 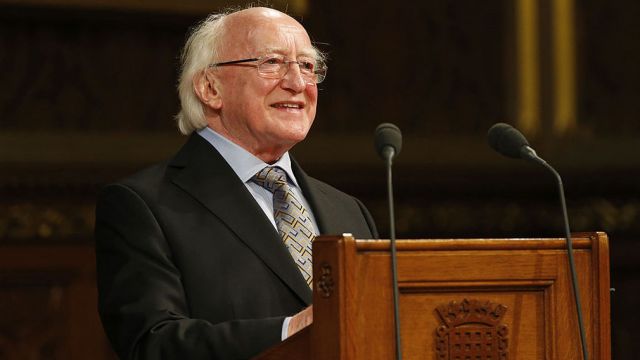 Irish sporting legend Johnny Sexton will discuss all things rugby, as well as his continued support of DEBRA Ireland, an organisation that offers support to families dealing with the painful skin condition epidermolysis bullosa (EB).

END_OF_DOCUMENT_TOKEN_TO_BE_REPLACED

Tonight's Late Late isn't the only show marking the 80th birthday of the President of Ireland this weekend.

TG4 will air an hour-long celebration of Higgins on Sunday evening at 9:30 pm.

The programme will feature some of Ireland's greatest poets, singers, musicians, thinkers, playwrights and dancers.

TG4's focus on the arts resonates with Higgins own interests - the President is a lifelong supporter of arts and culture in Ireland.

popular
Taxi driver who dropped missing woman Bernadette Connolly off comes forward
Ashling Murphy's funeral to take place today
Concerts and pub restrictions are expected to be lifted this week
The massive Penneys in Dundrum is relocating - and getting even bigger
Gardaí are planning to make an arrest in Ashling Murphy murder case
Una Healy "having fun" dating Garda love interest
Fans convinced Love Island's Chloe inspired new Kanye track
You may also like
3 days ago
Curfew on pubs and restaurants likely to be lifted from start of February, says Taoiseach
1 month ago
Charlie Bird sets date for Croagh Patrick summit
1 month ago
Vicky Phelan pays tribute to Charlie Bird for his moving Late Late Show interview
1 month ago
Vicky Phelan "blown away" by support after powerful Late Late interview
2 months ago
Vicky Phelan to appear on Late Late Show tomorrow
2 months ago
Lady Gaga is on The Late Late show tomorrow night
Next Page