No, Love Island's Ovie and Amber aren't dating, so can we please stop talking about it now

A man and a woman being friends?! Nah, never heard of it, mate.

Love Island ended many months ago.

A lot has happened since that time.

Winners Greg and Amber have called it quits. India and Ovie ended their relationship due to work commitments. Chris continued to wear a towel on his head.

And while this summer's instalment of the reality series came with splits and breakups galore, there's another unlikely (and un-happening) couple that people are still talking about.

Amber and Ovie - who are, for the record, mates. 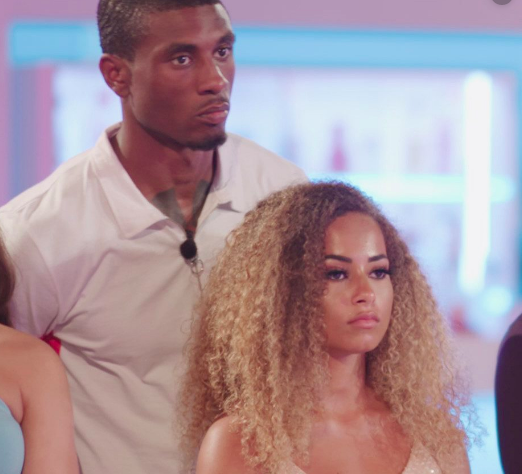 That's according to both of them anyway, who have taken it upon themselves to repeatedly deny that there is anything but a solid and wholesome friendship blossoming between them.

Because, y'know, as above, they're friends.

Ovie dropped the most recent denial a couple of days ago when he told The Mirror: "Amber’s a friend. It’s gonna stay that way. 100 percent."

END_OF_DOCUMENT_TOKEN_TO_BE_REPLACED

Before this, Amber also stated that she and Ovie were mates and nothing more, while seemingly exhibiting much frustration that people kept presuming something else was going on.

She told OK! Online: "It is a weird thing for me because he's like my brother. I would prefer to have him as a friend. We have never really thought of each other like that – it’s a bit strange that everybody comments on it all the time."

First time ever at Winter Wonderland😍❄️

There are a couple of reasons as to why people seem to think that Amber and Ovie are more than friends.

The first is that they have a strong relationship. The second is that they took a trip to Winter Wonderland together.

And that's pretty much it, yeah.

END_OF_DOCUMENT_TOKEN_TO_BE_REPLACED

There's also the fact that living in a vastly heteronormative society has conditioned us into believing that every single time a man and a woman are in the same room together, there simply must be sexual chemistry.

Escalate that into actually having a platonic relationship (which is, eh, just a relationship, by the way), and you've got swarms of people who cannot comprehend that a man and a woman could hang out and not want to have sex.

From the squad, we have nothing but love and appreciation for all the support, NOTHING BUT LOVE AND POSITIVE ENERGY TO YOU ALLLLL ❤️❤️❤️🙏🙏🙏🙏 #ThankYou #LoveIsland #LovenPeace ☮️

It's not just irritating, but it can also be fairly damaging to relationships based on trust and amicability rather than whether someone finds another person attractive or not.

Which, no, doesn't have to be a given when it comes to male/female relationships, somehow.

And listen, even if Amber and Ovie do end up getting together, literally so what? It'll be because they developed a relationship that was wholesome, considerate, and based on something other than looks.

But as they've said, for the 10th time, they're just friends.

popular
It turns out we may have been brushing our hair wrong the whole time
Three children and two staff test positive for COVID-19 at Meath creche
90-year-old grandfather comes out as gay in viral post and inspires millions!
13-year-old boy drowns in tragic accident at Dublin reservoir
'Selling Sunset' Season 4: Here's everything we know about the hit show
Non-surgical face lifts: What are they, how do they work, and are they right for me?
Love, Guaranteed is the romantic comedy we never knew we needed
You may also like
1 week ago
Love Island's Dani Dyer expecting first child with boyfriend Sammy Kimmence
3 weeks ago
Love Island's Marcel expecting first child with girlfriend Rebecca
3 weeks ago
Have we really come all that far since #BeKind?
1 month ago
Maura Higgins: "You always hear men talking about sex, why can't I do the same?"
1 month ago
Winter Love Island has officially been cancelled
2 months ago
Love Island will be airing this summer - the Australian version, that is
Next Page