The documentary was released earlier this month.

Polish Prime Minister Mateusz Morawiecki has issued a formal complaint to Netflix over the use of a map in one of their new documentaries, The Devil Next Door.

The five-part docu-series details the story of John Demjanjuk, a Ukrainian man living in the US who was accused of being Treblinka gas chamber operator Ivan the Terrible during the Second World War.

Demjanjuk was extradited to Israel in the 1980s, where he was accused by multiple Holocaust survivors of being the Nazi war criminal responsible for the murder of thousands of Jews at the concentration camp in occupied Poland. 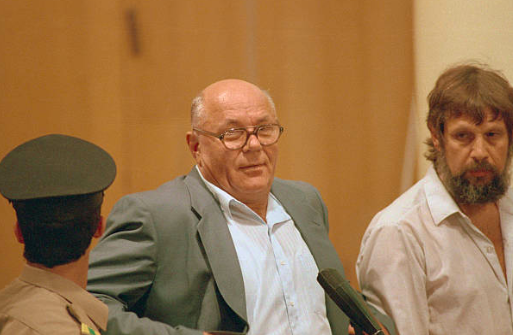 But it's not Demjanjuk's story that PM Morawiecki has an issue with - it's the map used in the documentary detailing the locations of several concentration camps.

"I wrote a letter to the head of Netflix Mr. Reed Hastings about historical inconsistencies in film productions on this platform," said Morawiecki.

"It may be minor mistakes for their creators, but they are very harmful to Poland, and it is our task to react strongly."

Morawiecki said that the documentary “places several German Nazi concentration camps within modern-day Poland’s borders,” suggesting that the camps were set up by Polish authorities, rather than German Nazis. 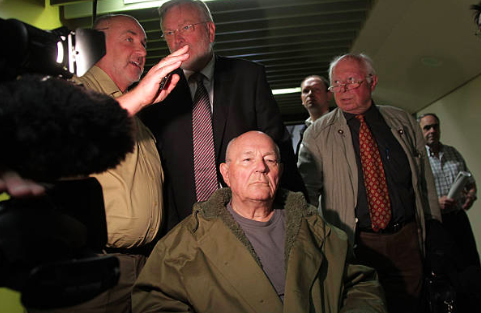 END_OF_DOCUMENT_TOKEN_TO_BE_REPLACED

“There is no comment or any explanation whatsoever that these sites were German-operated," he said.

"Not only is the map incorrect, but it deceives viewers into believing that Poland was responsible for establishing and maintaining these camps, and for committing the crimes therein."

Morawiecki has urged Netflix to correct the map to avoid any further confusion.

Poland was invaded by the Nazis during the Second World War, and later became the site of several concentration camps including Treblinka, Sobibor, and Auschwitz.

Polish nationals were among the first people to be imprisoned in work camps during the country's occupation.

popular
I'm A Celebrity, Get Me Out Of Here moves to ruined castle in UK this year
Daisy Coleman from Netflix's Audrie & Daisy has died, aged 23
WATCH: Paul Mescal stars in new Rolling Stones' music video 'Scarlet'
Rupert Young, twin brother of Will Young, passes away, aged 41
WATCH: Sneak peak of Paul Mescal in latest Rolling Stones' music video
Staycation: TripAdvisor reveals the top 10 hotels in Ireland for 2020
Dirty Dancing the sequel is officially in the works and Jennifer Grey is starring
You may also like
1 day ago
Daisy Coleman from Netflix's Audrie & Daisy has died, aged 23
1 day ago
Concerns over extradition of Madeleine McCann suspect Christian B
2 days ago
11 new Emperor penguin colonies discovered in Antartica
6 days ago
Bewley's is set to open its doors... again!
1 week ago
Staycation scams: Warning issued for home holiday makers this summer
1 week ago
104 Pandemic Unemployment Payments cut following airport checks
Next Page