The Bay won't be the same.

VJ Patterson, son of Leah, has been a part of Home and Away for quite some time but that's all about to change.

The teenager, who's barely left school, will leave his home with baby Luc after her biological father, Mick, tried to get custody. 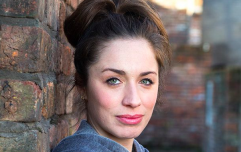 END_OF_DOCUMENT_TOKEN_TO_BE_REPLACED

Before you read any further, be warned that there are some major spoilers involved here.

To stop Mick from having contact with the little girl, (he previously tried to kidnap her), Ash (Martin's nickname, as H&A fans will know, things get very complicated in Summer Bay) decided to leave with his niece in tow. 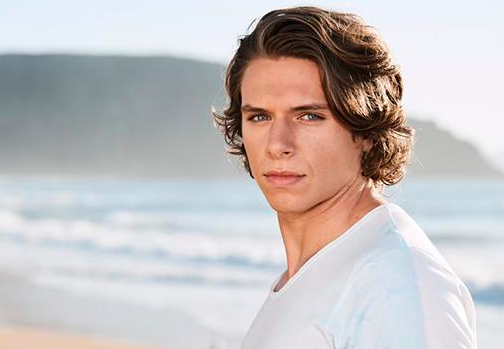 However, MAJOR SPOILER ALERT, Ash then found out that his ex-girlfriend Kat is expecting his baby and changed his mind about leaving.

When Billie passed away from terminal cancer, only weeks after giving birth to her daughter, she asked VJ to take care of her little girl.

This led to VJ deciding to leave Summer Bay (in a helicopter no less) with these scenes set to air later this over the coming weeks...we can only imagine how upset Leah will be.

Matt Little, pictured above, joined the show in 2014 and took up the role of VJ but VJ first appeared on the soap in 2007, played by Felix Dean.

Girls With Goals || Her · Ep.151: 'A Story Shared' - Aoife P. Rafter on blogging during a pandemic and living with CF
popular
Princess Diana's brother isn't happy with The Crown's depiction of his sister's marriage
Camilla receiving online abuse following The Crown's depiction of Prince Charles affair
Zoe Alexander Says X Factor Made Her Look Like a 'Fool'
Season two of Virgin River lands on Netflix this Friday
Someone has ranked the penis size of men from all over the world
AOC weighs in on Harry Styles' Vogue cover, says he looks "bomb"
Ex-housemate has no sympathy for I'm A Celeb's Jordan North - because he let her gerbil die
You may also like
2 years ago
Corrie's Tracy marries Steve in a €560 Monsoon wedding dress and it's stunning
2 years ago
Lucy-Jo Hudson confirms new romance following split with Corrie's Alan Halsall
2 years ago
After a heavy year, one of Corrie's longest-standing actors has hinted at leaving
2 years ago
Corrie's Josh Tucker set for shocking new romance storyline
2 years ago
Corrie's Jenny Bradley is related to one of her co-stars and NO WAY
2 years ago
Another Emmerdale star has completely blasted Roxanne Pallett
Next Page