We FINALLY have a release date for the Downton Abbey film, and we can't WAIT

So, earlier this year we all learned the marvellous news that Downton Abbey was being made into a film.

It honestly made our year (well, not quite, but we're pretty excited.)

And now we finally have a release date for the feature film!

The Downton Abbey film is due to hit Irish cinemas on 13th September 2019.

SO far away, but it's something to look forward to!

We have so many familiar faces signed up for the film, including Maggie Smith as Dowager Countess, Michelle Dockery as Lady Mary Crawley and Hugh Bonneville as Robert Crawley, the Earl of Grantham. 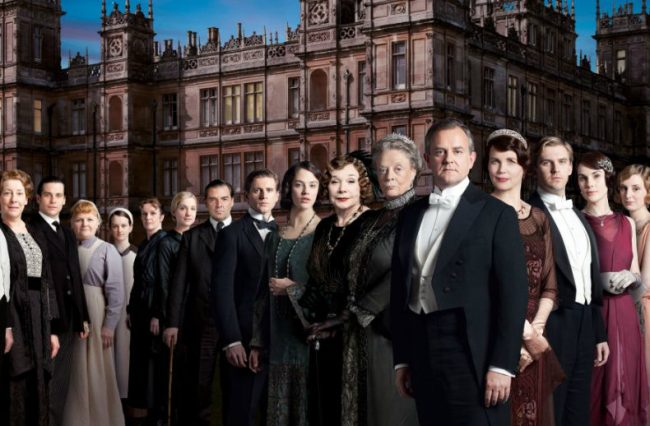 "Since the series ended, fans of Downton have long been waiting for the Crawley family's next chapter."

"We're thrilled to join this incredible group of filmmakers, actors and craftspeople, led by Julian Fellowes and Gareth Neame, in bringing back the world of Downton to the big screen next September."

popular
This amazing hanging egg chair is coming into Aldi next week and go, go go (but safely)!
Paul Mescal wore O'Neill's shorts while carrying cans of pink gin so I bought O'Neill's shorts and cans of pink gin
5 reasons why we need more videos of Doireann Garrihy's new puppy immediately
After days of silence, Scott and Sofia finally comment on the break up rumours
Thursday set to be the hottest day of the year, says Met Éireann
Lidl is launching a new hyaluronic skincare range and the serum is only €3.49
Richard Corrigan offering €90,000 wedding package prize for one Irish frontline healthcare worker
You may also like
5 months ago
The producer of the Downton Abbey movie has revealed they are working on a sequel
8 months ago
Downton Abbey producer Liz Trubridge on the possibility of a second movie
8 months ago
The real life Downton Abbey is available to rent on Airbnb for a once in a lifetime experience
8 months ago
6 reasons to go and see Downton Abbey as it hits the cinema today
8 months ago
7 pieces to add to your wardrobe that will give a nod to Downton Abbey
8 months ago
6 key times Maggie Smith was an absolute savage on Downton Abbey
Next Page