The man who voiced Pingu is NOT what we expected

We did not see this coming.

What would our childhood have been without Pingu? It was a clay animated children's series which began in 1986. The programme centred around the lead character, Pingu, and his penguin family who lived in the South Pole.

Throughout the series Pingu used to communicate to his family through mumbled speech, which had no distinct language but instead consisted of babbling, muttering and squeaking.

His favourite catchphrase was "noot noot" where he would turn his beak into a speaker.

And now we've just found out who voiced our favourite childhood character and it took us by surprise. He is an Italian voice actor called Carlo Bonomi. 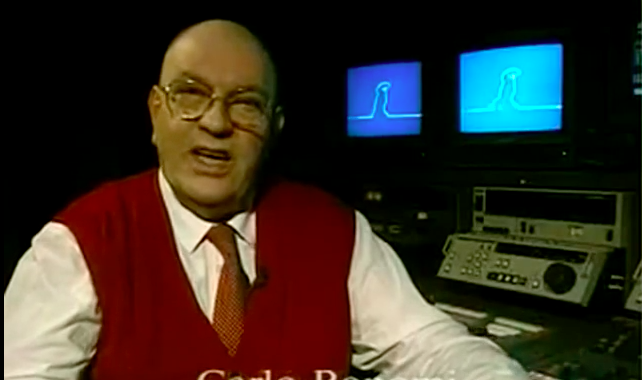 END_OF_DOCUMENT_TOKEN_TO_BE_REPLACED

He used to perform the role without a script and got inspiration for the voice from an earlier character he had from another series, La Linea. Not only did he voice Pingu but he also voiced the entire penguin community.

He demonstrates his voice acting in this video:

popular
Here are the baby name trends set to dominate 2023
Here is the reported I'm A Celeb All Stars line-up
ITV boss defends Phil and Holly once more
Two Love Island 2022 stars have just become step siblings...
Irish twins featured by Gucci during Milan Fashion Week
5 delicious brunch spots around Ireland to try out on your next trip with the girls
Doctors move young girl to Dublin hospital after Co. Clare incident
You may also like
2 weeks ago
A docuseries about the 'Bling Ring' is coming to Netflix
2 weeks ago
The Handmaid's Tale confirmed for a 6th and final season
2 weeks ago
Netflix reveals full list of scary shows and movies arriving between now and Halloween
3 weeks ago
Gemma Owen reportedly set to star in show about footballers' daughters
4 weeks ago
Here's what's coming to Netflix in September
1 month ago
Channel 4 to air controversial musical about Prince Andrew
Next Page