This bride played the most AMAZING prank on her new husband

Sorry, I am HOWLING laughing at this lads.

So there's this wedding trend called 'the first look'.

It's basically when a groom turns around to see his bride for the first time, and it's all caught on camera.

The pictures are ALWAYS adorable! 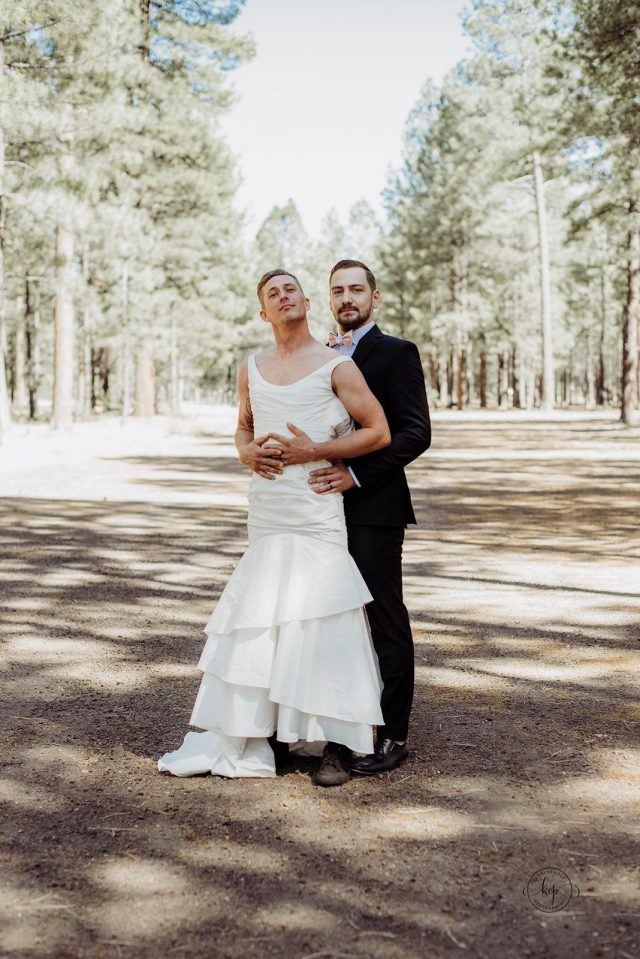 Groom Val Zherelyev was waiting to meet his bride Heidi when he was surprised by his soon to be brother-in-law Eric Dodds. See SWNS story NYPRANK; A groom expecting to see his bride for the first time on their wedding day was puzzled when he laid eyes upon his prankster brother-in-law donning a white dress of his own. Val Zherelyev, 26, was waiting for his bride Heidi, 25, to take photos on the morning on the couple’s wedding and was excited when he heard soft footsteps approaching from behind. Val, of Tempe, Arizona, slowly turned around expecting to have an emotional moment with Heidi only to lay eyes on her brother Eric Dodds, 30, instead. Val said: “I was so nervous and anxious but excited to see Heidi.

However, one gas bitch decided to play a brilliant prank on her groom recently, and you're going to howl.

However, the gorge bride and her brother had other plans for what is meant to be an emotional moment for a couple.

The groom was waiting, back turned, for the love of his life to appear to him like a vision.

Instead, Val turned around and saw his brother-in-law donning a white wedding dress. 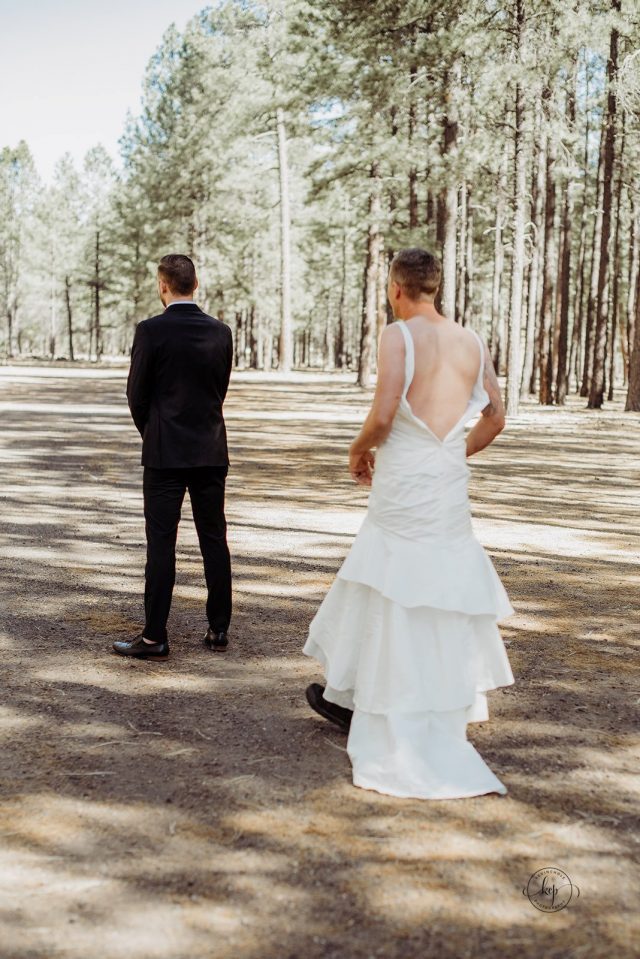 "I found out about this plan a few hours before the ceremony and I thought it was such a great idea."

So he put on a second-hand wedding gown, and rocked it!

"I love my sister and would do anything for her and I love my brother-in-law. She picked such a good guy.

"I really got into the role. I put on girl's perfume and deodorant to get into character."

"When he turned around it was hilarious. We messed around and had a little photo shoot of our own."

Ah, this made me SMILE so hard.

Congrats to the happy couple(s).

popular
The islanders are in for a cinematic treat full of their own drama tonight
You can now get paid to watch every episode of Grey's Anatomy
18-year-old TikTok star Timbo the Redneck dies after stunt goes wrong
Daniel Murtagh found guilty of murdering Nadine Lott
Love Island fans spot Millie and Liam doing same weird gesture in bed
Love Island fans think they've already sussed who's been dumped
Jennifer Aniston cuts ties with all the anti-vaxxers in her life
You may also like
1 week ago
Bride dislocates her leg during her first dance in viral clip
8 months ago
Bride complains wedding dress looks "nothing like order" before realising she had it on inside out
1 year ago
Bride bans bridesmaid from getting her hair and make-up done so she doesn't 'outshine' her
1 year ago
Bride baby wears her toddler down the aisle and we can't deal with the cuteness
1 year ago
Bride falls in love with wedding planner just DAYS before her wedding
1 year ago
Brides-to-be! Here's how to find your perfect wedding day scent
Next Page