What Not To Wear star Trinny Woodall's odd behaviour this week is garnering a lot of attention.

Trinny's bizarre behaviour on ITV's This Morning yesterday prompted many viewers to take to social media querying if the fashion aficionado was under the influence of alcohol.

The 53-year-old star left the show's presenters, Phillip Schofield and Holly Willoughby, at a bit of a loss when she opened her fashion segment by talking about spitting up phlegm,

"I was just going to spit that phlegm somewhere [pointing to the studio floor].

Sorry, that was so undignified - you know when you get it caught in your mouth and you can hardly talk so I had to send it back down the other way.

The previous day saw Trinny reveal a little more than she intended after accidentally flashing her boobs on two occasions during a Facebook vlog about gym-wear, broadcast from her bathroom. 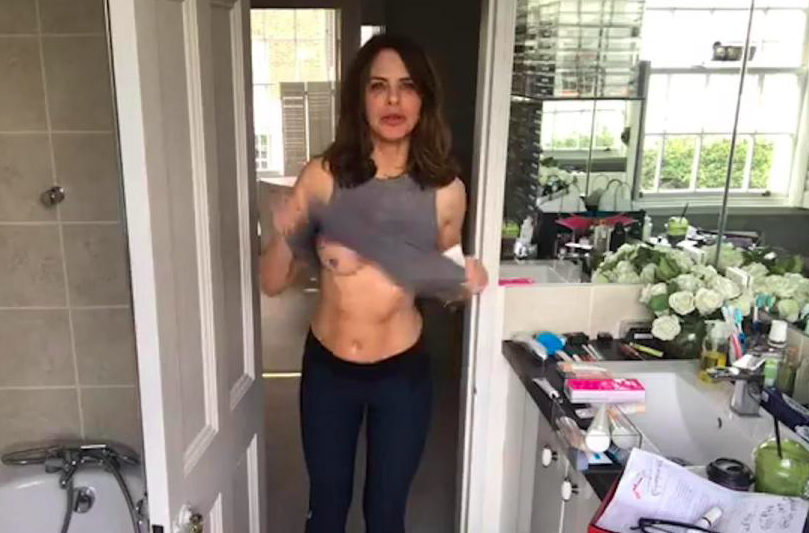 The fashionista seemed to be oblivious to her wardrobe malfunction and shared the video on social media, before it was removed at a later point.

Girls With Goals || Her · Ep.161: Feeling Peachy - Sharon Keegan of Peachylean on being an absolute BOSS!
popular
Britney Spears' dad Jamie says he is "sorry" to see daughter in pain
Woman escorted from Disney World for "inappropriate" top
Top 10 best staycation experiences in Ireland revealed
Will Britney ever be freed?
Aldi's new garden collection includes massive waterpark, slides and 14ft pools
Nearly half of men think 36 is "too old" for women to have a baby in UK
Harry and Meghan reject Archie's royal title because it has 'dumb' in it
You may also like
1 week ago
"Whereabouts unknown" of woman who gave birth to 10 babies
1 week ago
FM104 apologise for "making light" of voicemail from 4-year-old boy with additional needs
2 weeks ago
"Another pickle!" Stacey Solomon is expecting her fourth child
2 weeks ago
Record breaking: Woman gives birth to 10 babies after four were missed in scans
2 weeks ago
Balenciaga and Crocs team up to make stiletto sandals
2 weeks ago
Postmortem to be carried out on baby girl who died in dog attack
Next Page