But who would have gotten off the plane?!

When you think about iconic Friends characters, a few usual suspects come to mind.

One of them is Ross. Another is Chandler. Some others are Monica, Phoebe, and Joey.

Rachel is also among that list, but she may not always have been, because it turns out that Jennifer Aniston was almost written out of the show.

Shocked? Appalled? Convinced that life will never be same again? You should be.

According to author Saul Austerlitz, Aniston's character was almost cut from the show during its first season due to potential scheduling conflicts.

Entertainment Weekly reports that in Austerlitz's new book, Generation Friends, he reveals that Rachel was almost dropped after Aniston had shot a series of episodes for another rival show.

Upcoming comedy, Muddling Through, was set to air on CBS starring Aniston, so in order to ensure that the series didn't go ahead, NBC decided to air a load of Danielle Steel adaptions at the same time.

This, naturally, brought down the new sitcom's ratings meaning that they got to keep Aniston on Friends. 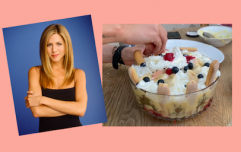 END_OF_DOCUMENT_TOKEN_TO_BE_REPLACED

This comes after a company announced that they were willing to pay people $1,000 to sit around and watch Friends all day.

In honour of the show turning 25 this year, sales company Frontier Bundles said they would pay someone good money to watch 25 hours of the show. 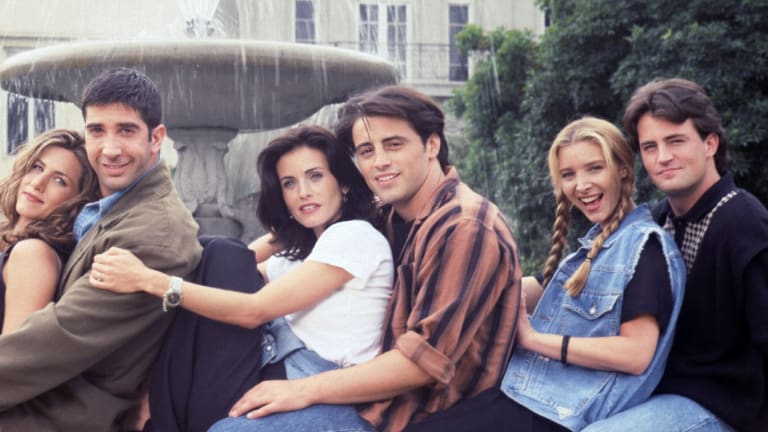 They're promising the viewer $1,000 (around €903) in return for their time and dedication, as well as a 'Friends Fundom pack' including a Friends t-shirt, Central Perk mug, popcorn, treats, and a 12-month Netflix subscription.

"This job is for any self-proclaimed die-hard Friends superfan looking to prove their salt," said Frontier Bundles.

"We’re in search of the ones who know the quotes (“PIVOT!!”), the hilarious scenarios (the beef in the trifle; the Holiday Armadillo), and all the little details (exactly how many sisters does Joey have? What is Chandler’s job?) that make the show the tried and true classic it is.

All you'd have to do is sit back, watch the show and live tweet your experience; basically how a lazy weekend day would go anyway.

Check out all the details here.


popular
XOXO: Here's everything we know about the Gossip Girl reboot cast
'That’s the most honest answer': Skeet Ulrich reveals why he is leaving Riverdale
QUIZ: How well do you remember Angus, Thongs and Perfect Snogging (the movie)
So, William and Harry have a step sister... and who knew?
Amy Schumer reveals that her husband Chris Fischer has autism spectrum disorder
Gwen Stefani reportedly pregnant with baby number four
Paul Mescal is raffling off one of his iconic chains in support of Pieta House
You may also like
2 days ago
A Friends cookbook is officially on the way and could we BE any more excited?
1 month ago
10 movies with great friendships that are just made for Netflix Party
1 month ago
Six lucky Friends fans are about to join the cast for their reunion special
2 months ago
Courteney Cox has opened up about the Friends reunion, and what we can expect
3 months ago
The Friends reunion special could easily become a new series, if the one-off goes well
3 months ago
The Friends reunion is officially happening and could we BE any more excited?
Next Page