Fans of the hugely popular Netflix series Virgin River will be over the moon to know that filming for the fourth season of the show will take place very soon.

Actor Tim Matheson, who plays the town's physician Doc Mullins told Radio Times that the cast and crew are getting ready to start filming shortly.

END_OF_DOCUMENT_TOKEN_TO_BE_REPLACED

When asked about production dates, Matheson said: "Well, Netflix is quite quiet about that. I just hesitate to say anything that they might get upset."

He did stipulate however, that he understands filming is due to take place "any day now".

Matheson's comments follow previous suggestions that the fourth season of Virgin River would begin before the end of this month and finish up some time around November. 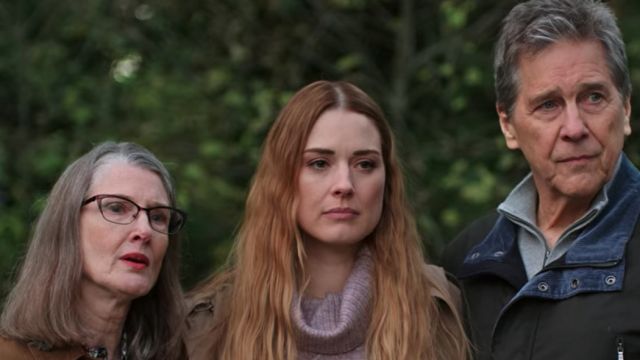 END_OF_DOCUMENT_TOKEN_TO_BE_REPLACED

On top of that, Virgin River's showrunner Sue Tenney has hinted that the writers are already working hard on the next installment.

Tenney spoke about how she understands fans need an update following the dramatic conclusion to the third season.

Tenney said: "We're very committed to what the truth of something is, so we'll go to the edge of what's the best recovery for this."

END_OF_DOCUMENT_TOKEN_TO_BE_REPLACED

The showrunner added that it was important for the show to be grounded in reality, but heavy on the drama.

She added: "We always stick with the parameters, medically, but also we know at this point what we like to do, which are complicated, emotionally drama-based stories."

While a release date for the fourth season has not been given, we'll be keeping an ear to the ground for any and all updates. Until then, the first three seasons of Virgin River are available to stream on Netflix.

popular
Love Islanders will decide whether to recouple in Casa Amor TONIGHT
Love Island fans think someone has left after Luca arrives back to empty bed
TikTok sued after girls die during 'blackout challenge'
Friends creator says they regret not using correct pronouns on the show
Penneys has a perfect dupe for Charlotte Tilbury's Flawless Filter foundation
Airport outfits are all the rage as we head abroad - here are the 4 best ones
Ofcom has received nearly 800 complaints about Love Island so far
You may also like
3 weeks ago
Here's why Gemma and Luca have a fight on tonight's Love Island
4 weeks ago
One boy will be left single as Davide makes his decision on tonight's Love Island
1 month ago
Does how late you enter the Love Island villa affect your chances? A super scientific study
1 month ago
Baggs family leave Gogglebox for "lots of exciting opportunities"
1 month ago
Passenger suffered epileptic seizure amid Dublin Airport weekend chaos
1 month ago
Alexis Bledel quits The Handmaid's Tale before season 5
Next Page