So... this is what Vogue looks like on a swimwear shoot while four months pregnant

It’s been little over a week since Vogue Williams announced the news that she’s expecting her first child with Spencer Matthews.

Yes, the model shared the news in a swanky spread in Hello! magazine, however, that doesn’t mean she’s stopped working.

This week Vogue was in an undisclosed sunny location for a rather slick swimwear shoot and had everyone asking one thing – how in the name of God is she four months pregnant?

END_OF_DOCUMENT_TOKEN_TO_BE_REPLACED

Sharing a behind-the-scenes look at the shoot, Vogue posted a picture of her in a stunning turquoise one-piece, saying:

“Probably my last shoot involving swimwear but it’s one of the most exciting projects I’ve ever gotten to work on.”

Working their magic on set were stylist Corina Gaffney, hair stylist Daniel Boardman and MUA Buster Knight, who thankfully all shared pictures from the shoot. 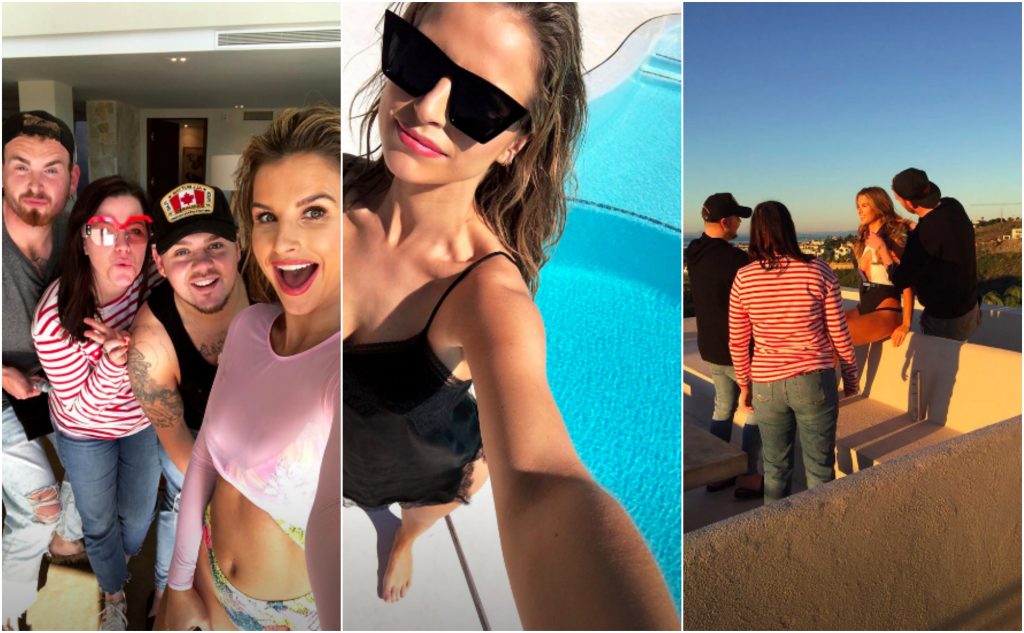 And while Vogue’s caption might suggest she’ll be missing her pre-pregnancy body, that’s not the case.

The model revealed in her Hello! interview that she cannot wait to start seeing her bump grow.

“I want to have a full bump now already because I sort of look like I just had a big meal.”

popular
Late Late Show viewers are not happy with Ryan's questions for Billy Connolly
10 items from Zara for the perfect autumn capsule wardrobe
Friends Star James Michael Tyler Files For Divorce
'They're Absolutely Devastated' - Parents Of Pop Star's Fiancé Refuse To Attend Wedding
Say hello to fairy hair, the dreamy new trend popping up all over social media
Goodbye, clutter: This 30-day challenge will help organise your entire life in one month
9 of the best horror movies on Netflix this Halloween
You may also like
3 weeks ago
Love Island’s Jake reveals he no longer speaks to any of the girls from the villa
3 months ago
MTV Cribs is coming back to our screens next month
3 months ago
Lottie Ryan says son Wolf is a "gift from dad" Gerry Ryan
3 months ago
Police called to Rihanna's house after man breaks in
4 months ago
Journalist fired for racist tweet about Harry and Meghan's newborn daughter
7 months ago
Sarah Harding reveals her cancer has spread and admits this Christmas was 'probably her last'
Next Page