Have the tissues on standby.

The last few weeks have seen a number of stores and companies premiere their heart-warming Christmas ads on TV, and it's been quite the tonic.

Aldi shoppers were excited to witness the return of Kevin the Carrot. John Lewis, once again, wowed us with another powerful story, while Tesco fans were relieved when their Christmas ad assured viewers that Santa is double-vaxxed and ready to travel. 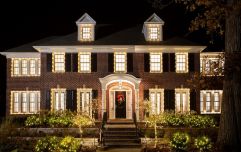 END_OF_DOCUMENT_TOKEN_TO_BE_REPLACED

The latest in touching Christmas ads comes from SuperValu, and it tells the story of Deermuid the Deer.

The commercial sees 9-year-old Aoife waking up to discover an injured reindeer in her back garden. Concerned about how he'll get back to the main man, Aoife seeks help from her parents.

The family tend to Deermuid, offering him water, shelter and plenty of carrots. Young Aoife takes it upon herself to personally oversee his rehabilitation and assures her pal that she'll get him back to the North Pole.

However, her parents are less convinced that he's actually one of Santa's reindeers. Nevertheless, Aoife brings him out onto the street and encourages him to take flight.

The ad then takes a turn for the emotional as Aoife is quickly joined by other children on the street cheering Deermuid on.

Thankfully, it does the trick, and the reindeer leaps into the sky, ready to return home. 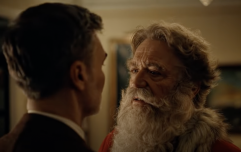 END_OF_DOCUMENT_TOKEN_TO_BE_REPLACED

Nine-year-old Penny Lynch plays Aoife, while her on-screen companion is played by a real deer, who also goes by the name Deermuid.

The deer's handler, Eddie Drew offered some background on his star.

He said: "Deermuid is nine years old and absolutely loves people. He was sadly abandoned by his mother as a fawn, but this meant he was bottle-fed and grew up on a farm, making him extremely sociable and comfortable with humans."

He added: "He's fed twice a day with water, carrots and Sean's Brown Bread which is his absolute favourite!"

popular
Rob Kearney and Jess Redden arrive at wedding venue ahead of big day today
Tributes paid to 29-year-old Irish woman who tragically passed away on holidays
Irish man in his 20s dies after being kicked by a horse
These are the most popular baby names for 2021
Stacey Solomon mortified after walking around shop in see through leggings
Shoppers have a big sleepover in Ikea after being snowed in
Little Mix break down in tears following split announcement
You may also like
6 hours ago
Cadbury have unveiled their Christmas chocolate range and it looks incredible
12 hours ago
Here are the new restrictions being considered for Christmas
5 days ago
Why we should all be doing a reverse advent calendar this Christmas
1 week ago
The Guinness Storehouse has been transformed for Christmas and we can’t wait to embrace the festivities
1 week ago
You can get now paid to taste test Christmas wine - sign us up, please
1 week ago
5 stunning and affordable trees that will bring some festive spirit to your home this Christmas
Next Page